How can I tell when my rear differential fails and what are the consquences?

I've had my rear differential fluid replaced twice over the last 4 years or so (the car is almost 7 years old) and both times there have been large metal chunks stuck to the magnetic drain plug. 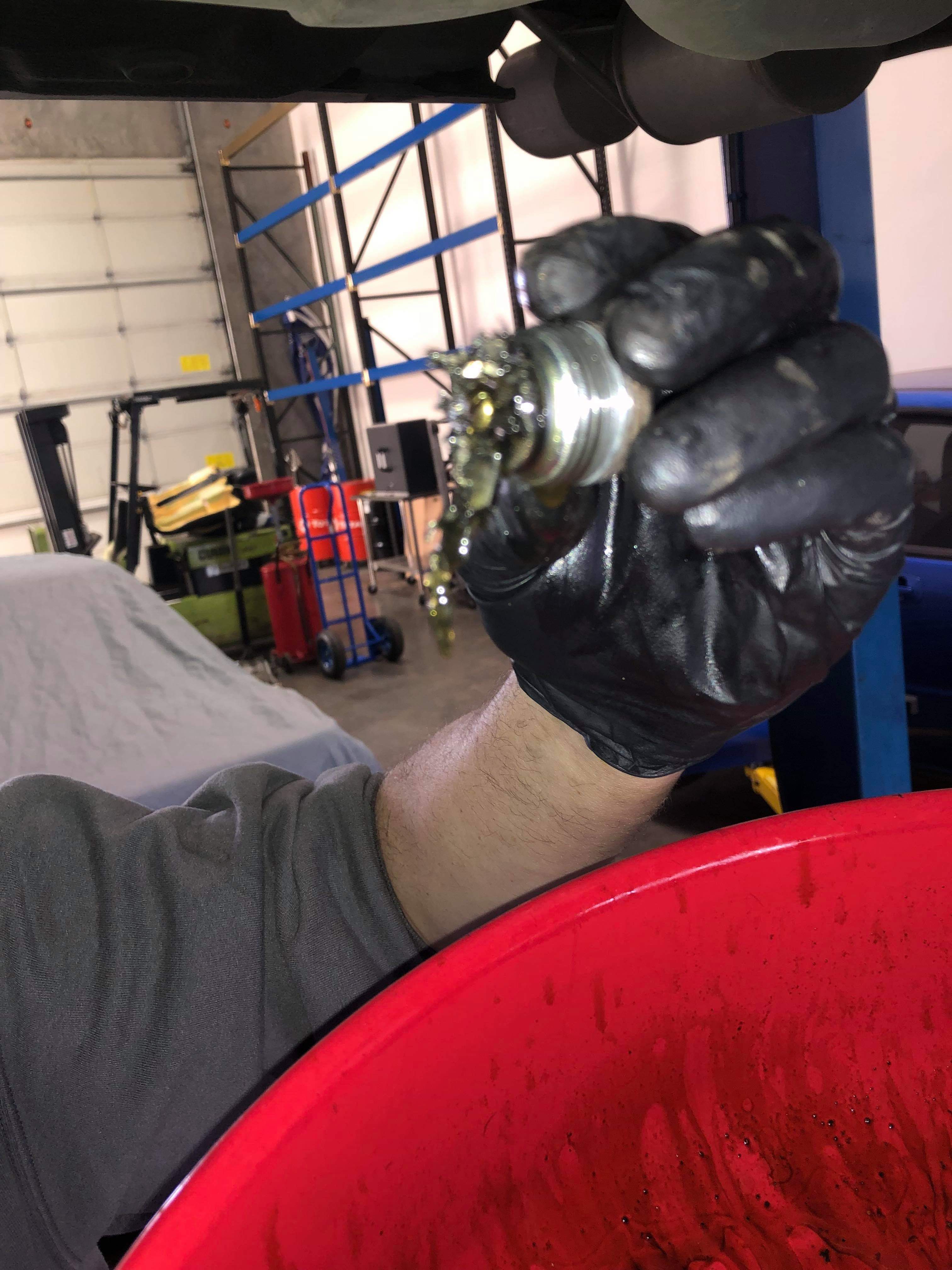 At this point, it's pretty clear that the rear diff is going to fail at some point.

How will I know when the rear differential fails and what are the potential consequences if I let it fail before replacing it?

When the rear diff fails, one of two things can occur which will let you know it's gone south:

Differentials should last the life of a vehicle under normal conditions. As stated in #1, losing gear oil helps this along significantly, so if you have a blown pinion seal, get it replaced. This is not as straightforward as it might seem. The pinion has a preload, which if not done correctly, can cause gear misalignment, which causes a lot of noise and excess wear.

In your case, having chunks on the magnet is not a good thing. Getting it fixed sooner rather than later is a good thing as the longer you wait, the more damage will have occurred. The least you should do (IMHO) is to get it inspected so you can know for sure what's going on. The only way to do that is by getting the rear cover off. You won't know until you inspect it.

If you let it go to failure, you are going to be costing yourself more money. Depending on what's wrong, you might be able to get away with getting the bearings replaced. If you wait until failure, you're more than likely plussing up the cost ten fold.

I think from the junk you show that it is the limited slip that is the problem . Hard to guess what may happen ;Worst is that the junk gets between the ring and pinion and " total carnage". I agree with @Paulster , the basic ring and pinion last "forever" without the junk, although they may "whine" due to wear or minor misalignment.

Not the answer you're looking for? Browse other questions tagged subaru rear-differential legacy or ask your own question.

2
How to fix rear differential leak on 1974 Ford F250
17
how to optimize fuel consumption by changing the rear differential ratio?
2
Can i remove the rear diff in my land rover freelander?
1
How do I check the fluid level in the rear end (differential) on a 1996 Caprice?
2
How to tell if an 08 CTS has a limited-slip differential?
7
Changing fluids (power steering and rear differential): when and why
1
Can wrong size tire on both sides damage the differential
2
Can a bad rear differential hurt an automatic transmission?
2
05 WRX drive train issue,grinding noise coming from center to back of car + rear wheel hop developping during tight slow turns