Firstly, I pulled these error codes from the ECU:

My V40 2.0T with aftermarket LPG conversion is putting out a significant amount of smoke at quite specific moments. Before this started happening, I had slight hesitancy from the engine under initial acceleration but only on LPG and that is still happening now.

If I do 70mph and slow down to around 60mph, a thick cloud comes out briefly and lingers slightly in the spot where it is released. I also see more smoke at lower speeds on local roads but mostly when I lift off the accelerator and the engine is being used for engine breaking as opposed to acceleration. It's almost like something is building up under acceleration and then burning off when I take the pressure off.

When I stop and leave the car idling, the smoke comes out consistently thick but not every time. It seems worse with petrol than LPG but I may be wrong with that. There are multiple error codes that mention lambda sensors and fuelling mainly as mentioned above. I think the smoke has a slight blue tint when I see it in the mirror at 60mph but it looks more white at idle. My mechanic and I reckon it smells of fuel. He wants to replace the catalytic converter and lambda sensors but I think there's an underlying issue to sort first.

The LPG system is also struggling to kick in over the past week despite being full of gas. One more thing: the fuel pump was replaced recently.

Based on the error codes and the fact it's been running on LPG, I'm tempted to think it is over-fuelling. However, I am aware white smoke is generally water and blue is oil. Also, I have read elsewhere that the problem could be a vacuum hose.

Finally, this photo is not of my engine but shows a pipe pointed at by the arrows. I have noticed some oil (I think or maybe water) around where that pipe connects and wondered what the pipe is for as it may help me diagnose the problems: 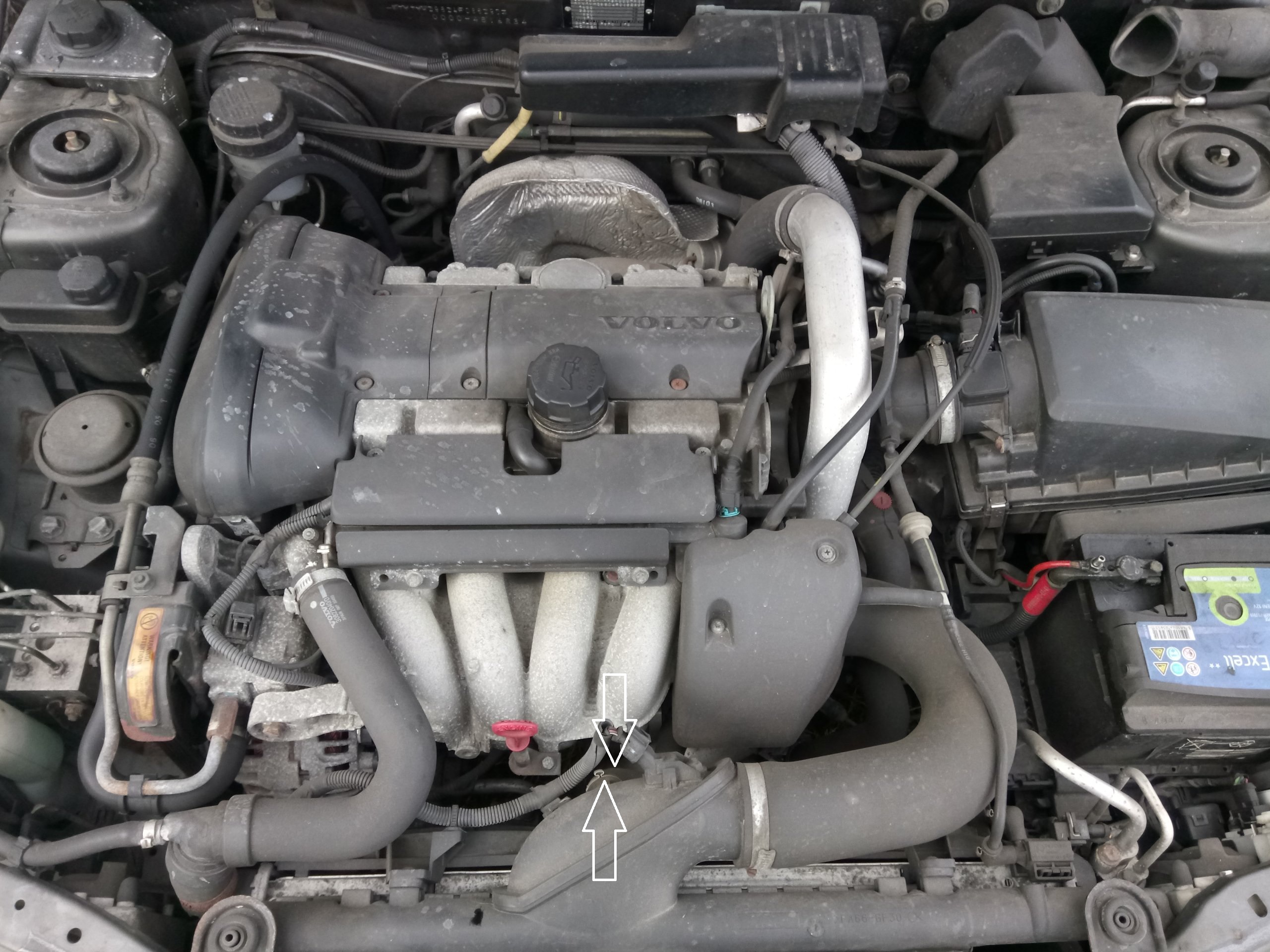 Thank you in advance for any advice.