Cracks near the tyre tread. Are they concerning? 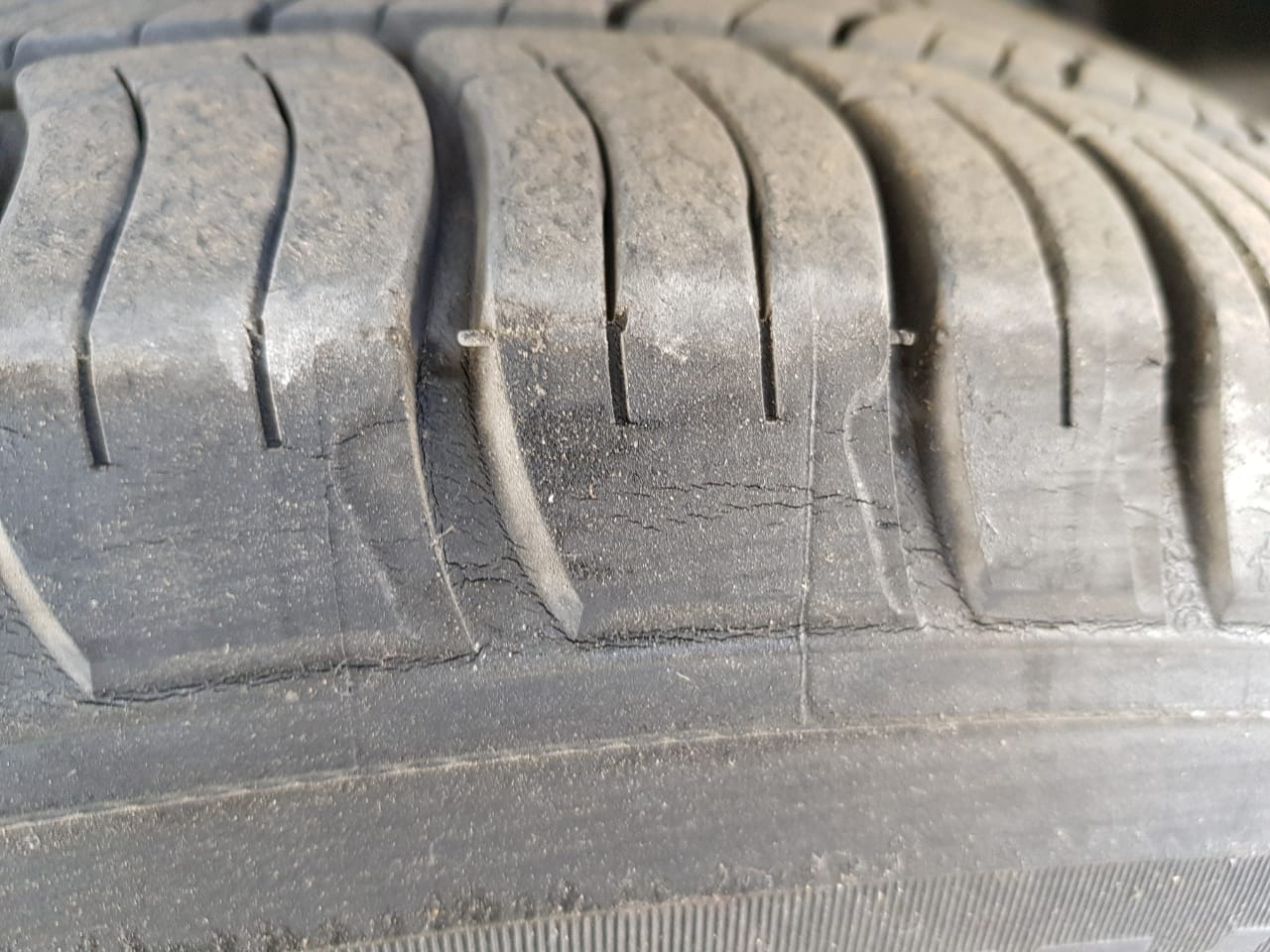 The guy at the tyre shop tried to convince me that my tyres need replacement. My car is just above 2 years old and I plan to change them after 3 years. Please have a look at the picture and advise.

It really depends on how old they are. You state your vehicle is two years old (or at least I'm assuming that). Your tires could be much older, so you'll have to determine the date code on the tire itself. Tires should be no older than 10 years, while some manufacturers state six years is the maximum. This usually doesn't come into play as tires wear out (due to mileage) well before this time limit occurs.

To read the date code, look at the following image: 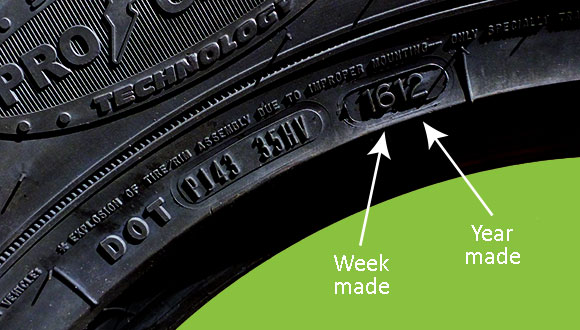 Small cracks like those in the picture are, in my experience, normal. Although I can't be certain just by looking at a photo, the tread depth seems pretty OK too, so there should still be enough life left in your tyres - provided they're not too old, as already stated in the answer by Paulster2.

Not the answer you're looking for? Browse other questions tagged tires maintenance preventive-maintenance or ask your own question.

6
What are the side effects of using the wrong tires?
3
Can I change a single worn tyre instead of a pair?
3
Have my tyres been tampered with?
17
Do these tyre cracks necessitate replacement?
2
Tyres with a lower ply rating as replacements on trailer?
1
How to assess the severity of a cut on a tyre sidewall
2
How are the inside front tyres wearing down so quickly- Ford KA
1
Honda Tyre Size and Numbers
1
How old are these Bridgestone B250 tyres?