I took the fan out from my engine compartment and am now ready to test it. It consists of two fans, one larger than the other connected I believe in series with two large wires, one red, one brown running to the large fan motor and from there to the smaller motor. Also there are two smaller wires one green one black.

I have a small 12V (27A) battery. How do I safely test which component is failing? Don't be afraid to explain like I'm five. 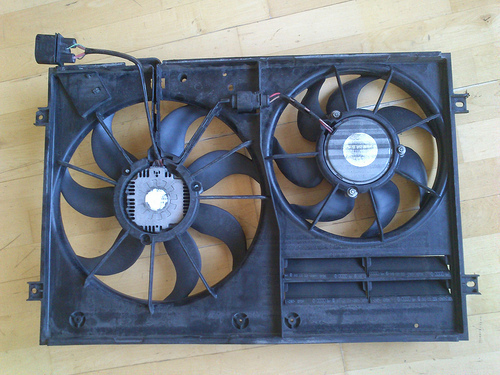 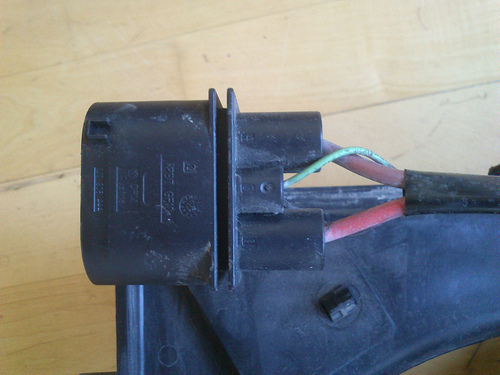 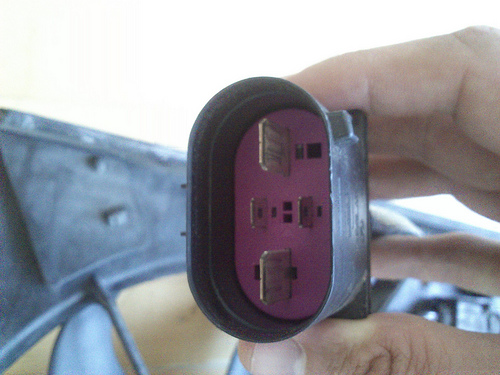 The factory electrical manual would be an excellent place to start, if they're still available for your car.

you could first check if they are getting any current with a multimeter or a tester. Then apply the appropiate voltage directly to the fan and see if it works, most fans work with 12v but if yours are in series it may be different, check the manual.

You should be very careful.When you use a 12V lead acid battery to test your 12V fans.Remember that lead acid batteries have huge fault currents .This is why they were chosen over the edison cell when electric start became the norm for cars.If your fan is a brushless DC type it will fireball if you get your polarity wrong .If it is a brushed PM motor it will just run backwards .Ideally you should do your run up on a variable DC lab type supply but these things generally dont push out enough current for auto sparky work .The key is to start at zero volts and slowly wind up to 14V checking current all the way .If you dont have a grunty variable DC supply or your DC supply is not grunty enough which was my case then place a 12V car light bulb in series with the battery on initial power application .If things are OK then bypass the bulb .

0
Car Radiator Fan may have a Fault, I'm an electrical noob