Driving home in my Subaru WRX after Christmas with my in-laws, I first noticed a distinct pull to the left under braking, but on checking at the roadside couldn't see anything obvious, so I continued on - then a vibration started. Mild at first, but then rather more pronounced.

And the speed the vibration occurred crept lower over time, from 70 initially, down to 40. And then it really became violent, wrenching the wheel so much that I had to put my hazards on, pull over and stop. On pulling gently away it would be gone again.

Tried to reverse into my drive and there was a loud crunch and the car stopped. I got out and found the lower side panel had been almost ripped off by the tyre - the tyre was touching the back of the wheel arch...

I had to move out of the road though so tried to go forwards - and at this point the front wheels were pointing in radically different directions. I put some power down, felt and heard a large crunch and bang, and the folks watching said the wheel jumped forwards to its usual position.

Enough so I could pull forwards to park on the road

I'm thinking the clunking problem I have had with the suspension bushings has developed into a shock actually coming disconnected. What do you think? I'm getting it to a garage anyway, but would love to know. 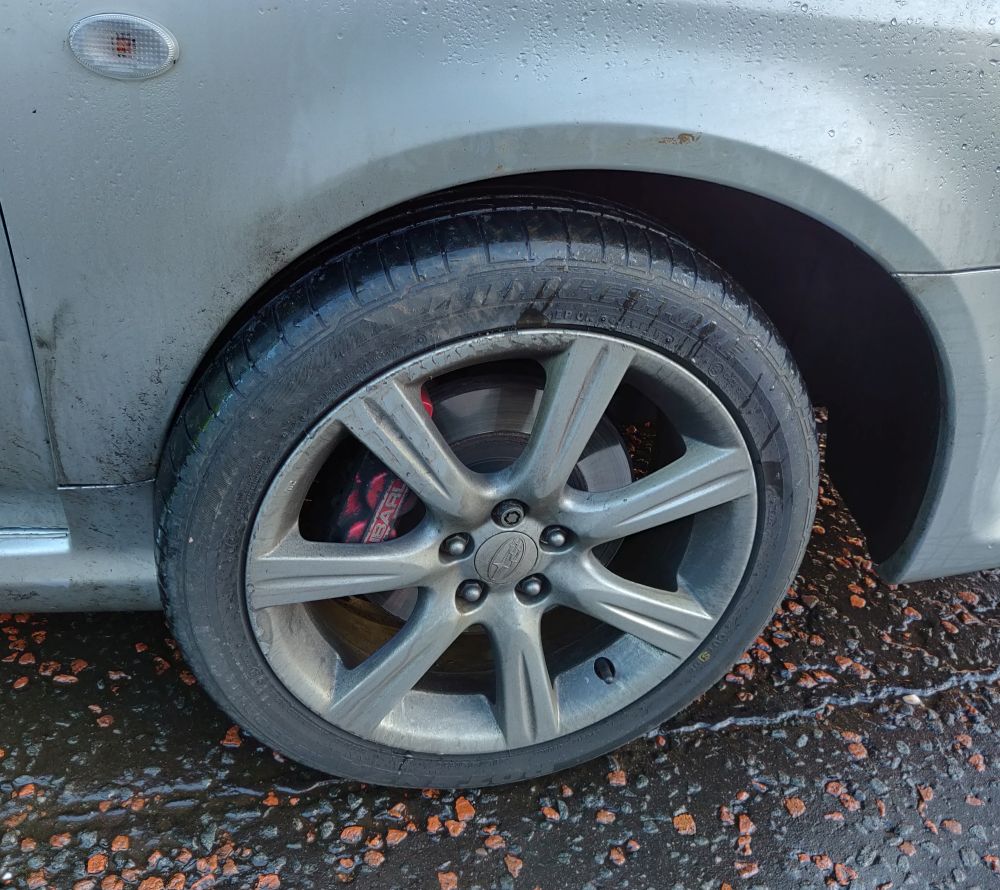 And this is what it looks like underneath the plastic rod circled has obviously snapped, but it looks like the metal wishbone may have broken some time ago, based on the rust. So maybe that platic linkage is all that was holding it together! 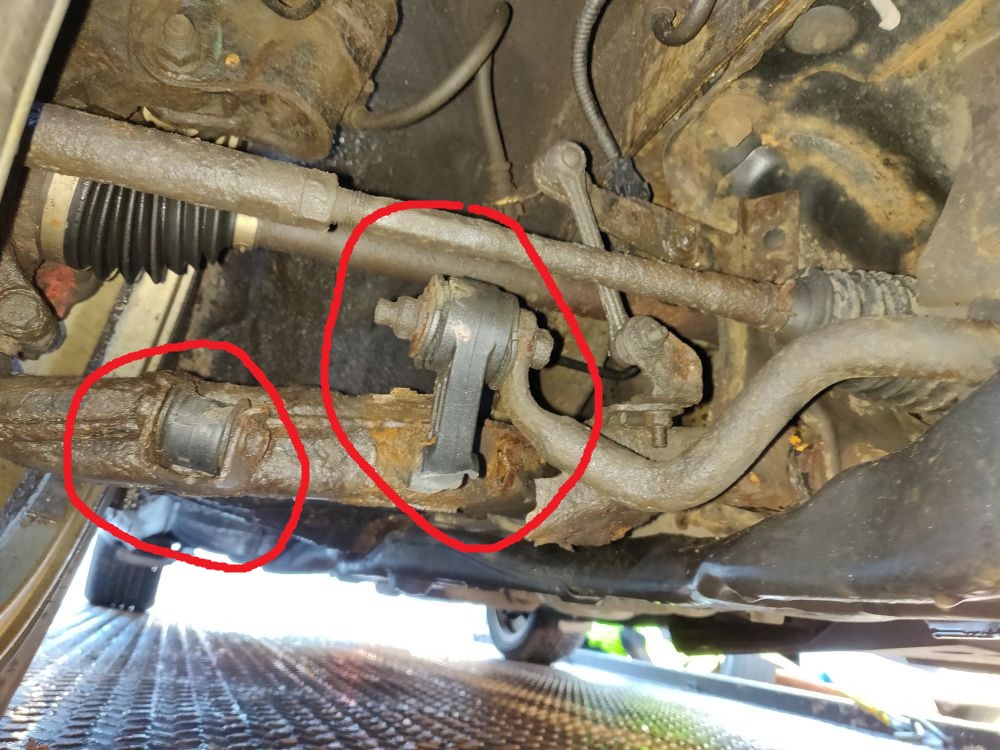 For the wheel to be moving backwards and forwards I'd suspect the wishbone rather than the shock. If it's the same as the system on my old Forester, they're well known for rusting out (and Ben's comment suggests it is the same) - on the Foz they'd been changed under recall and were rusting out again...

Looking at a diagram online, you've got a three-pointed pressed steel wishbone (which corresponds to what I remember from the Forester). From your description, I suspect the inner front joint has failed, allowing it to pivot around the inner rear joint. It may be that the pressing has rusted through, or that the bolt has snapped - the previous clunking suggests that the bush itself may have failed some time ago and put undue strain on the bolt.

Not the answer you're looking for? Browse other questions tagged subaru suspension steering or ask your own question.