Just purchased a “rebuilt” transmission. Do these bearings look new to you?

Clearly the locking nuts have been reused (which IMO is bad practice, also the stake is in the different location which may indicate the torque is wrong) but to me the bearings look used. They are discolored around the circumference where I would expect new bearings to be shiny. What do you think? The rebuilder said this would have new synchros, bearings, and seals.

I became suspicious when he said these transmissions normally only last 3 years and 30k miles before requiring rebuild, which clearly is BS. M5R1 / M5OD 5-speed manual transmission from a 98 Explorer, these were also used on Rangers, Broncos, and F150s.

EDIT: The transmission was delivered without the extension housing, so the parts below were exposed without any disassembly. 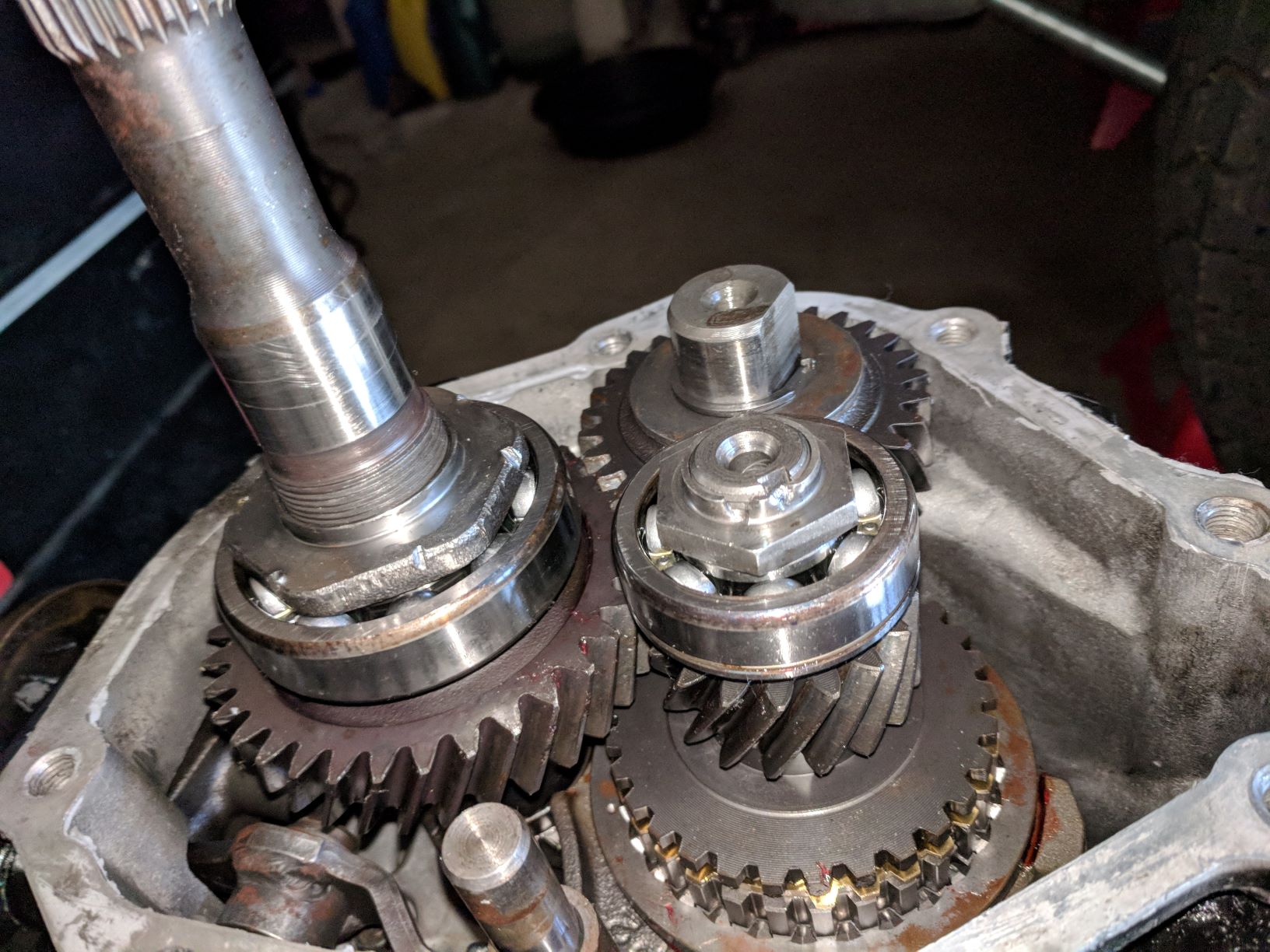 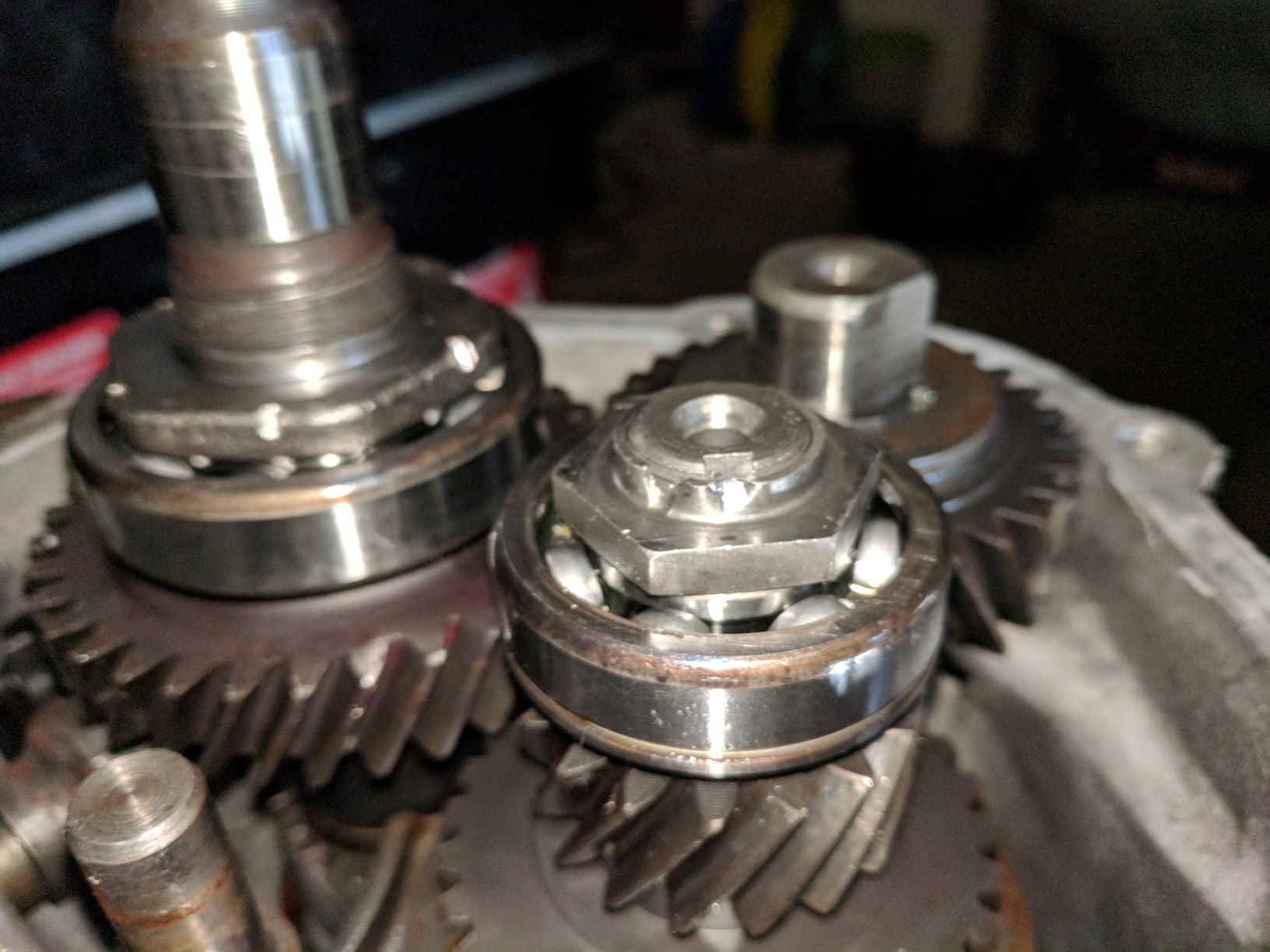 Browse other questions tagged manual-transmission f-150 ranger explorer or ask your own question.

3
How bad is it for transmission if you release clutch without gas in second gear?
7
Manual transmission difficult to put into gear. Do I need a new clutch?
5
Car idles rough and makes rattling sound in neutral
8
Can you still “motor” a manual transmission car with the starter motor?
2
Transmission is slow to engage