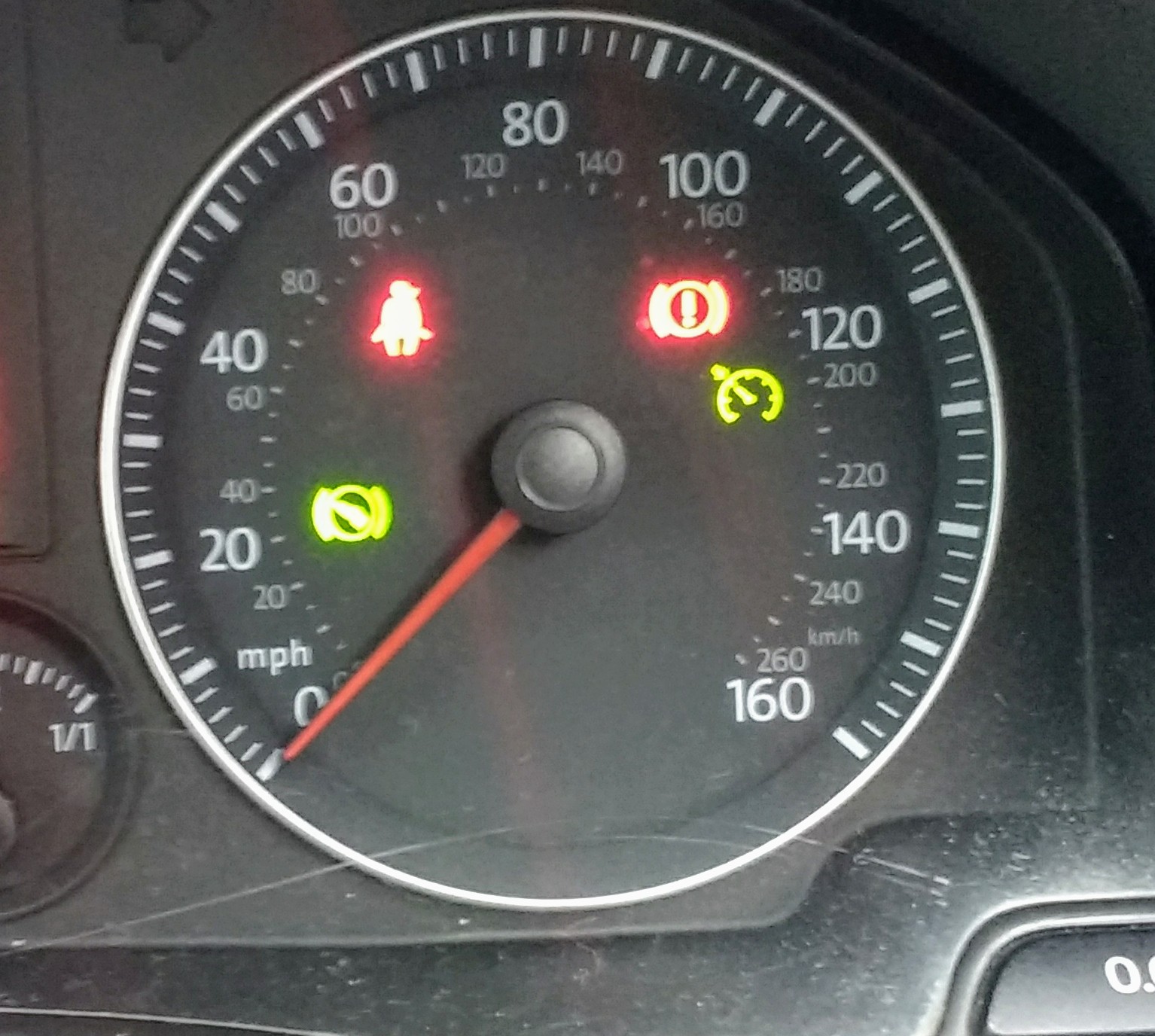 Wondering what the green clock sign means. It stays on even when the car is moving.

Cruise control buttons are usually on a stalk or the steering wheel. Mercs have an incredibly annoying lever above the turn signal stalk.

It could be a Speed Limiter symbol or a Cruise Control symbol. It is hard to know for certain without a clearer image, even then the symbols used can vary between cars.

Cruise Control will keep your car running at a constant speed one it is enabled. This is often a crude system that has no ability to tell anything other than the cars speed, so it will impact objects closing to the front. More advanced versions include some kind of forward object detection to keep a set distance from objects by slowing down. Cruise Control often stops if you touch the brake pedal at all, returning the car to manual control. Check your owner's manual for exact operation of your car (or tell us the model and year).

This is often used on longer stretches of main road where there is little traffic. Instead of keeping your foot permanently at a set point on the accelerator pedal you can rest it more comfortably in a position where you can access the pedals when needed.

The controls for this usually have a matching symbol on a button. There will be + and - buttons, leavers or wheels nearby that adjust the target speed for the cruise control. Frequently these are on the steering wheel but are also on other control stalks coming from the control column.

Speed Limiters will prevent you from exceeding a given speed. In more recent models they may be linked with an onboard GPS navigation system and have an idea what the current speed limit is. If you attempt to exceed this speed the car will refuse to do so, or at least issue some warning that you are doing so.

This is often used to help you keep your foot down and vary speed in traffic without accidentally going over a set speed.

The controls for this that I have seen are just an enable/disable button. This would feature the matching symbol.

In both cases, these are driver assistance systems. This means you will need to remain in control of the vehicle and aware of the surroundings at all times.

Not the answer you're looking for? Browse other questions tagged golf dashboard or ask your own question.