So I bought a Volvo V50 about half a year ago and have been having some issues with it lately.

The one problem that has been recurring is that often the engine has very little power. By little power I mean it’s having problems accelerating every time I shift gear. Right after shifting I can feel the car has problems getting up in speed.

Just today this problem got worse: instead of having little acceleration, it simply couldn’t accelerate (got the feeling of stalling). I had to downshift multiple times (engine was still struggling) before all of the dashboard lights lit up and the engine stopped. I had to restart the engine and then I could drive like normal again.

After checking the engine for faults (I don’t really know much about cars), I saw that there was some diesel underneath the fuel injectors. Could one of them be leaking? And would that be the cause of my problems? This issue does not happen every time I drive, only occasionally.

Liquid in red circle is diesel, it's like this by all of the injectors but this is the worst one: 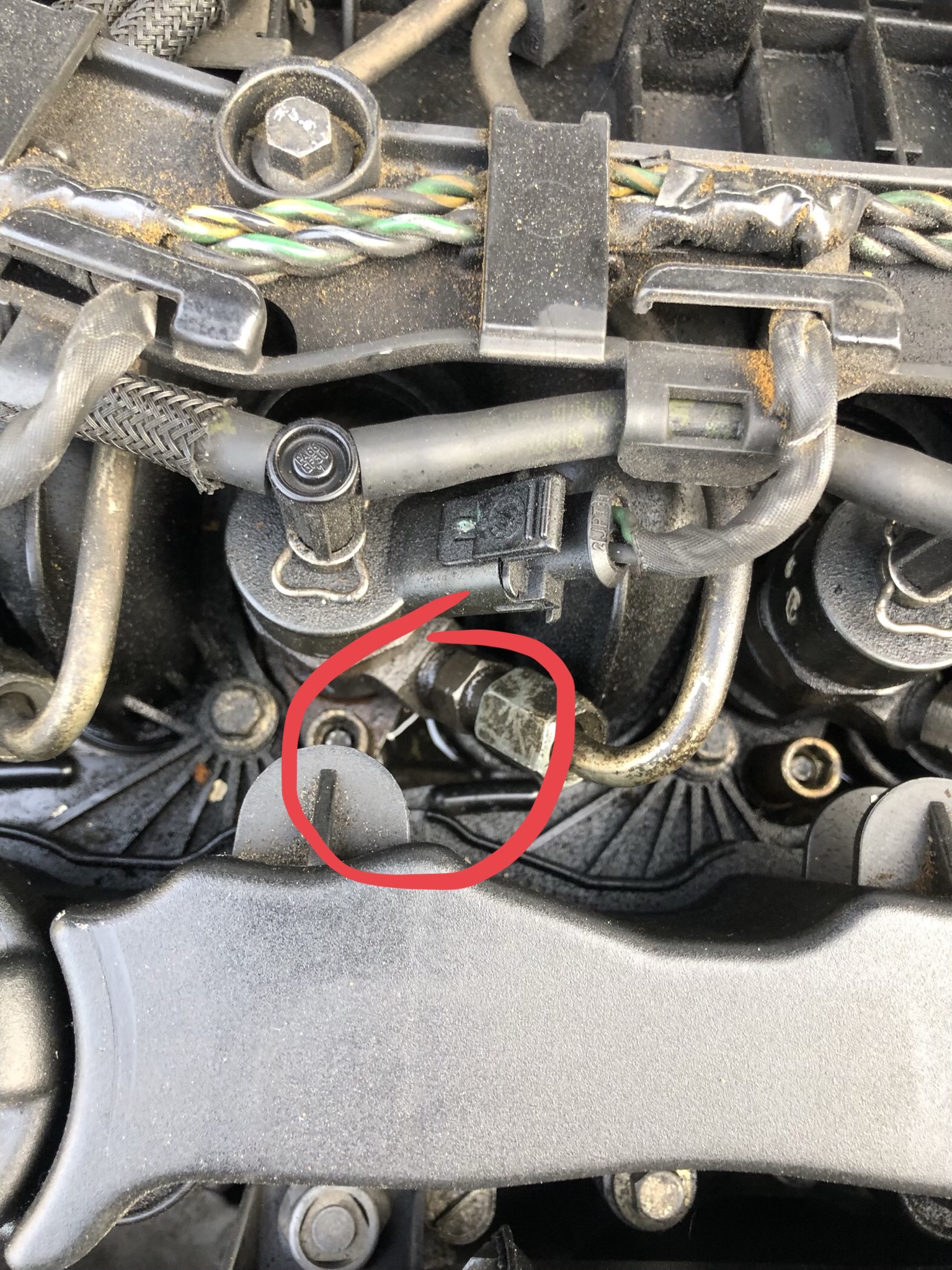 Thanks for any input!

EDIT: restarting the engine after it has heated up seems to solve my problem everytime

EDIT 2: It seems my fuel filter was clogged, which caused engine failure when I wanted to accelerate fast and the other problem with little power in the engine... all because the engine was not getting enough diesel

Simply replaced the fuel filter was solved these problems

Not the answer you're looking for? Browse other questions tagged diesel stall leak fuel-injectors or ask your own question.