I'm rebuilding the forks on my CB400 project bike [ turning into a street tracker ;) ]

The process from the manual is pretty straight forward:

2) With each fork bottom held in a vice, remove the socket bolt using the Allan key hand wrench and separate the pipe from the bottom case

One fork came apart no problems. I removed the bottom bolt which leads through and attaches to the oil lock piece, drained oil and slide the fork tube from the bottom case.

The other fork for some reason gets to a point when sliding out to separate the two pieces and it just 'clunks' and won't go any further. I've used a little force and nothing. It's like it is getting stuck on something / hitting something. From what I can see the oil lock piece is still in the bottom of the fork so it shouldn't be that. I can't think of anything else that would be obstructing it.

Any ideas of had this happen before?

Don't know about the CB400's fork in particular, but on some forks the bushings won't fit past eachother to allow easy removal of the stanchion ("pipe" 6 on diagram) from the slider ("case", 19 on diagram). Here's a partzilla diagram of a CB400F fork. 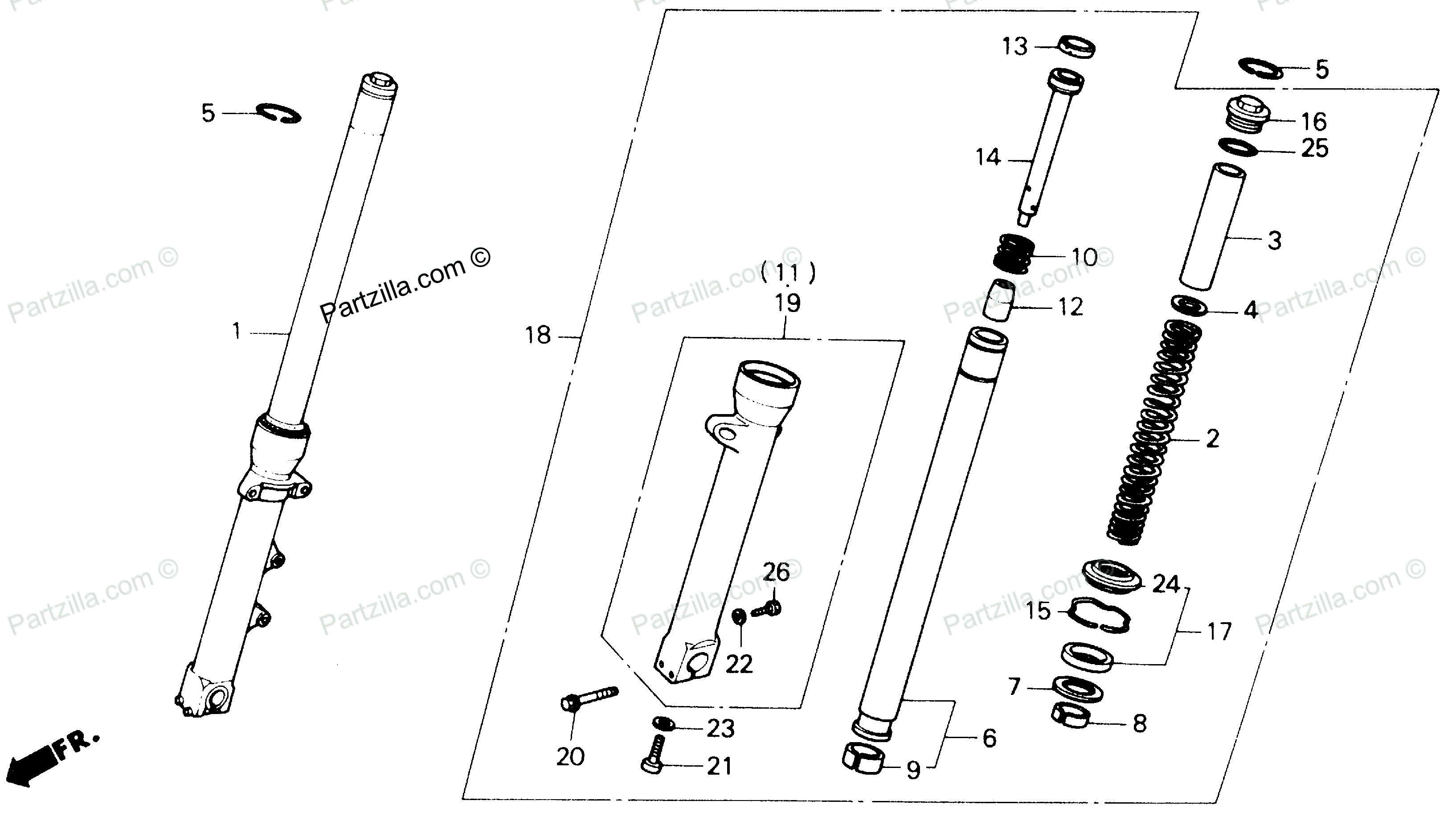 On some BMWs with SHOWA forks that I've worked on, the lower bushing (9, attached to pipe 6) won't fit through the installed upper bushing (8, pressed into the top of the case, 19).

The solution is force. remove the spring, then fully compress the pipe into the case, then rapidly pull the pipe out of the case. Repeat until upper bushing 8 is driven out of case 19. The pipe will then be separated from the case. This is often referred to as the slide hammer technique--you're using the pipe as a slide hammer to remove the upper bushing. The seal will come out too (don't forget to remove circlip 15)

Of course, since significant force is involved here, you want to be sure this procedure applies to your bike specifically. I'd ask around on some specialist CB forums. These bikes have a following, I'm sure you'll find your answer.