What does this device on a 1985 Mercury Lynx/Ford Export Diesel do? 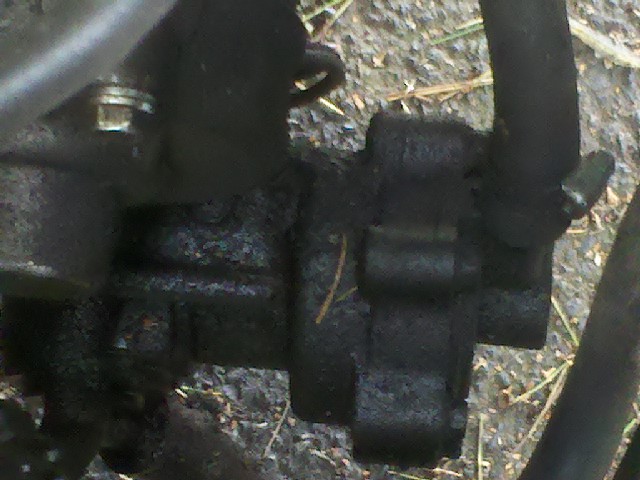 I have a 1985 Mercury Lynx (Ford Escort) Diesel 4 cylinder. The device shown in the pictures -- below the starter -- has a hose connecting it to the radiator. There is another hose that is connected to nothing, and it has a hole in it. A small drain hose/switch is on the bottom of it was ripped off, and that is leaking oil really bad to the point where the car cannot be a daily driver.

I do not know what this does or what it is called, nor do any of the mechanics around here. Before anyone works on this, I want to know exactly what this component does so I can be sure not to get ripped off when I take it into the mechanic.

I unplugged it -- it has an electrical plug -- and started the car, and it started smoking out of the tailpipe. This car never smokes. What does this thing do? If you can provide a hyperlink to the part, that would be awesome!

Please let me know if you need more information, and I will edit this post. 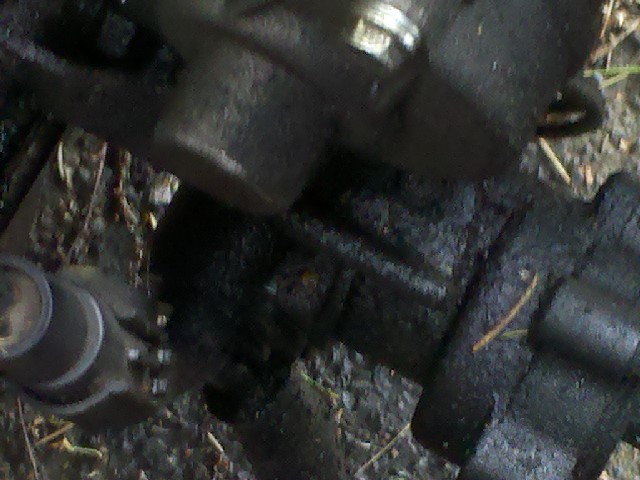 I drive 2 1984 Topaz's and one 1985 Topaz daily. The part in your photo is actually the electric vacuum pump. It supplies the vacuum for the brake booster, cruise control, and the injection pump timing. Unplugging it was the cause of the smoke. The IP has a built in cold start mechanism that uses the vacuum to adjust the injection pump timing depending on the outside temperature. It has a 2 stage timing adjustment. By unplugging it, you have deactivated the cold start, thus the smoke when cold. It won't hurt anything, but makes excessive smoke and lack of power until it warms up. It will make it a pain to start in winter also. This part won't be the source of the oil leak. By it's location on the engine, it will appear that is is the actual part leaking, but it is most likely another cause. There are several places that it can leak and appear it is that part.

The hoses you mention, one goes up to a connector tree on the firewall that is underneath a plastic shield. This is where the vacuum is distributed. The other hose that goes nowhere with holes in it is the vent for the air it pumps out of the system.

I wish I could see it better, but it could be this Air Pump... http://www.autopartswarehouse.com/details/QQMercuryQQLynxQQA1_CardoneQQAir_PumpQQ19851987QQA132418.html

Not the answer you're looking for? Browse other questions tagged diesel oil-leak part-identification or ask your own question.

3
1999 diesel Ford fiesta not starting
15
Oil burning smell and slow oil leak
14
What is this thing hanging from a wire from the front headliner at the top of the windshield?
6
What is this part?
2
Volvo S40 - problem at ~2,000 RPM
2
What is this box next to my car's battery?
8
What is this please :)?
4
What's this switchlike device?
4
What is this object