Gas leaking from this tube,wondering what exactly this tube is 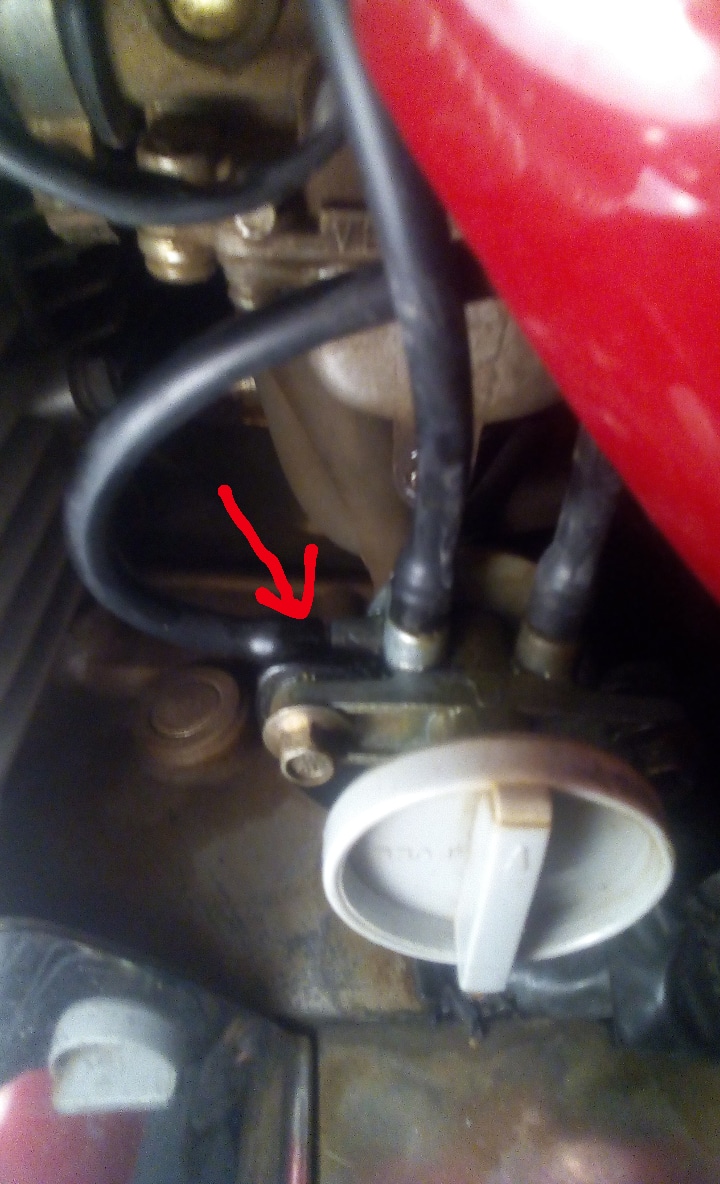 Hello, I'm fairly new to mechanics of motorcycle(riding for 2 years but never tried to repair it myself till last month).

As I noticed I am using way more gas than usual and there was gas odor, then I tried to spot where the leakage was and found out that it was this tube shown in the photo. It's leaking directly on the hot engine. After days long of research about causes of leakages, what I want to learn is;

From the way it runs, it looks like it's for the reserve (last little bit of gas in the tank).

So,would that mean if the valve isn't on reserve, would this tube still leak?

I'm not completely versant in motorcycles, but yes. I believe the hose has gas at it as long as there is fuel in the tank. I'd suspect you'll need to replace the hose, but you might be able to get away with a small clamp around the end of the hose at the valve. If there's not enough room, you can take a bit of wire (like lacing wire), wrap it around it once, then twisting it to seal the hose to the valve (not too tight, though).

If it's not the hose itself which is leaking, it might be the valve. I think the only way to fix it would be to replace it (obviously depending on how it's leaking, though).

Not the answer you're looking for? Browse other questions tagged motorcycle fuel-system carburetor leak valve or ask your own question.

13
Gasoline is dripping out of a rubber tube outputting on the bottom of my motorcycle - is this normal, or is it a problem?
5
Fuel leaking out of drain tube
2
2009 Civic DXG leaking a LOT of fluid from AC drain tube, coolant low
4
Leaking gas tank from rust - needs sealed. What materials should I use and how should I do it?
4
Radiator fluid leaking from reservoir
4
Float carburetor leaking gas
3
07 Suzuki Boulevard S40 leaking gas
1
What is this hose that is leaking yellow/amber fluid?
3
What is this tube coming off from 1 of 2 motorcycle carburettors?
0
New carburator gas coming out of small tube inside