Should my check engine light be on if an O2 sensor is physically absent?

I have a 2009 Pontiac Vibe. The Check Engine light was on and I took it in to a mechanic. He told me that the downstream O2 sensor was not responding and that he physically removed it. He said that he didn't replace it, since he didn't have the right part, but to not worry since the car will drive just fine. This struck me as a huge red flag. The check engine light, strangely enough, was off when I started the car up and it certainly does drive OK. I've since driven about 100km over a 24 hour period and no light.

Here's my confusion (beyond the sketchy mechanic): if the sensor wasn't responding when it was in the car and the check engine light turned on, why isn't the light on now that it's out of the car?

I suspect something like this happened: he got one of his subordinates to do the job, and they realized that the sensor wasn't working. They put it back in but communication got crossed and the main mechanic thought that they didn't or something. Possibly the sensor was OK maybe loose, so putting it back it fixed the problem. Is that even possible?

I would bet the O2 sensor is not removed. The reason I say this is, you'd hear a very annoying puffing sound from the hole left behind. Instead, I'd suggest the O2 sensor is probably in there and hooked up, but the car has not completed its drive cycle yet. A drive cycle is the where the car does its readiness checks for the emissions related items it looks after. Once the drive cycle is complete, the CEL may or may not come back on, depending on whether the O2 is reading within spec or not. The mechanic is right, though, the car would function completely well without it because these cars do not utilize the rear O2 for anything other than checking the operation of the catalytic converter.

If you'd like to check to see if it's actually in, you can take a look for it. You should be able to see it about center of the car looking just behind the tire on the right side. Here's what you're looking for: 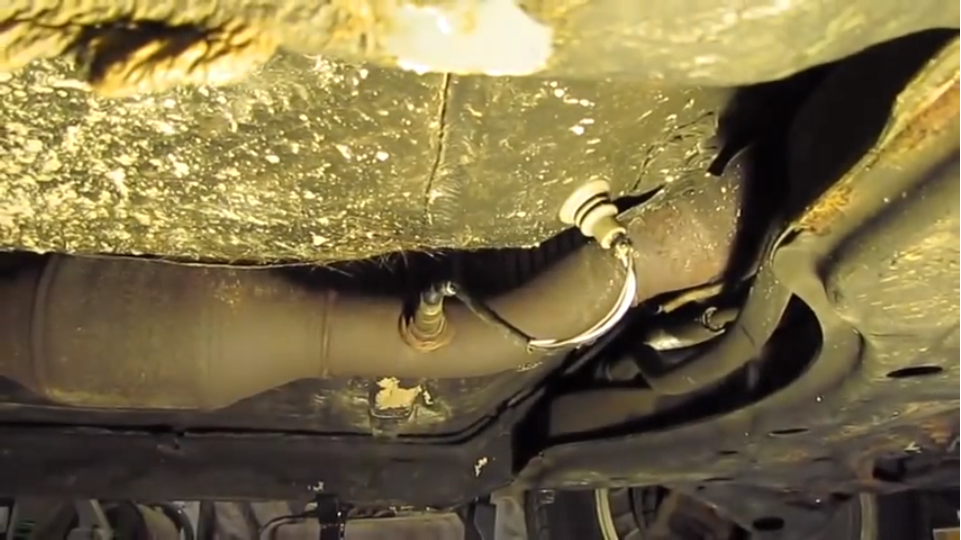 Not the answer you're looking for? Browse other questions tagged pontiac o2-sensor vibe or ask your own question.

12
Check Engine code P0420 Catalyst efficiency below threshold bank 1
0
Can faulty O2 sensor cause omission check engine light?
6
How to Identify which O2 sensor is faulty WITHOUT readings from the car's system
8
Can a check engine light reset itself when a scan tool is connected?
4
Should I replace oxygen sensor? Which one?