I am planning on installing an amplifier in my 2008 Mustang and hoping to keep the factory head unit for now. My amplifier supports high level input through the RCAs.

My question is should I splice/solder the adapters in at the factory head unit (before factory amp). Or at the speakers (after factory amp).

I believe that the factory system has fade/balancers built into the amps so I would lose those if I went from the head unit but I am thinking it is the right way to do it?

If I go from the head unit output do I need to have a summing unit or can I just leave it as is? I am assuming the amp will just amplify each channel based on what is received from the head unit that way (not sure if it does any frequency filtering at that point or if it is done at the factory amps).

Please give me your suggestions. I'm not too fussed about keeping fade/balance.

So you want to keep the factory amp? I wouldn't suggest that. I'd recommend getting rid of the factory amp altogether, they're usually not the best, and it would be difficult - if not impossible - for them to work together.

I google'd for a quick sanity check and I'll post a snippet from WikiAnswers:

I wouldn't...first most after market amps require a certain amount of power for proper function, such as a good ground, a good power source, some sort of RCA audio input, and a remote turn on. I know trying to figure out the same thing once. Plus most factory amps are just a plug of 16 gauge wires, and by time you through all of them to figure out power,ground,and remote, you still have to figure out how to send and input to your after market amp. Lets say you did do it and figured it all out, once you turn your deck on the after market amp probably would go right into protect due to not having enough power...

Even if you wired it up right I have a good feeling it wouldn't sound good. One exception I can think of is that some amps have a type of 'line out' where they directly support daisy chaining to additional amplifiers. Typically the amps have to be the same model/family to work in this manner though, to sync the power being delivered to the speakers, and other low level audio/power stuff that's currently beyond me.

For a solution though, If your factory unit has Pre-amp outputs, then you have your answer: Run a pair to your aftermarket amp, and you'd be good to go. If not, then a line-level converter is the route you'll have to go. 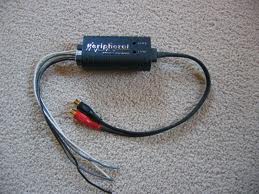 You definitely want to use the low-level (RCA, pre-amp) outputs from your factory head-unit if available. That way you don't get amplified noise from your head-unit, which goes to your shiny new amp that you can't crank up because it will start to clip at a very low level. That way, you get an unamplified signal going to your amp, which is precisely what it wants.

YMMV, but I know older factory head-units don't have pre-amp outputs. If it does, then awesome. You also asked for where to splice: I'm assuming that's for if your radio doesn't have pre-amps. However you said your amp has high level inputs, if that's the case then there I would splice close to where the amp is going to go, this will minimize or eliminate more splices. Typically the connectors that come with amps for high level input don't have a lot of wire on them(see below), so you'll have to splice close to the amp, and since you're running all new wire you can run wire straight from your HU right up to the amp and splice there. 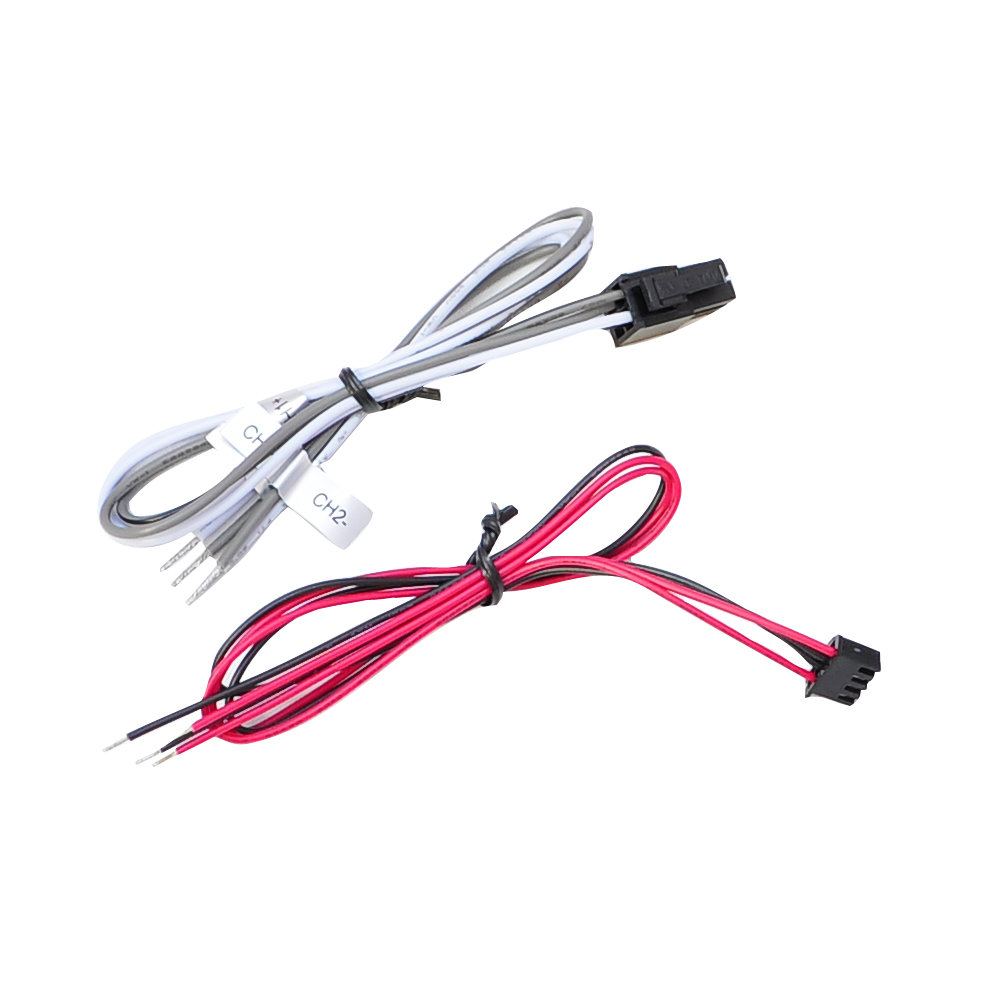 Turns out the front/rear speakers are powered directly off of the head unit (high-level). So I would have to use high-level inputs for those.

However the door-subwoofers and rear subwoofers are powered by their own amps and the head-unit sends a low-level input to them. For these I plan to use the low-level setting on the amp to capture this cleaner signal.

All of these I can take from the rear of the factory head-unit.

Not the answer you're looking for? Browse other questions tagged wiring audio or ask your own question.

4
Can a secondary audio wire harness be spliced into a factory head unit harness?