I'm looking at an 08 Kia Carnival J3 2.9L Turbo Diesel that a friend brought to me today. The complaint was that all of a sudden a day or two ago they started hearing this whining noise that changed with RPM. The whine is always present now, but was never there before.

There are no trouble codes.

When graphing Manifold Absolute Pressure I noticed a few things, one of which was that if I held RPM's steady at 2500 the whine would change pitch together with the oscillation of the Absolute Manifold Pressure PID: 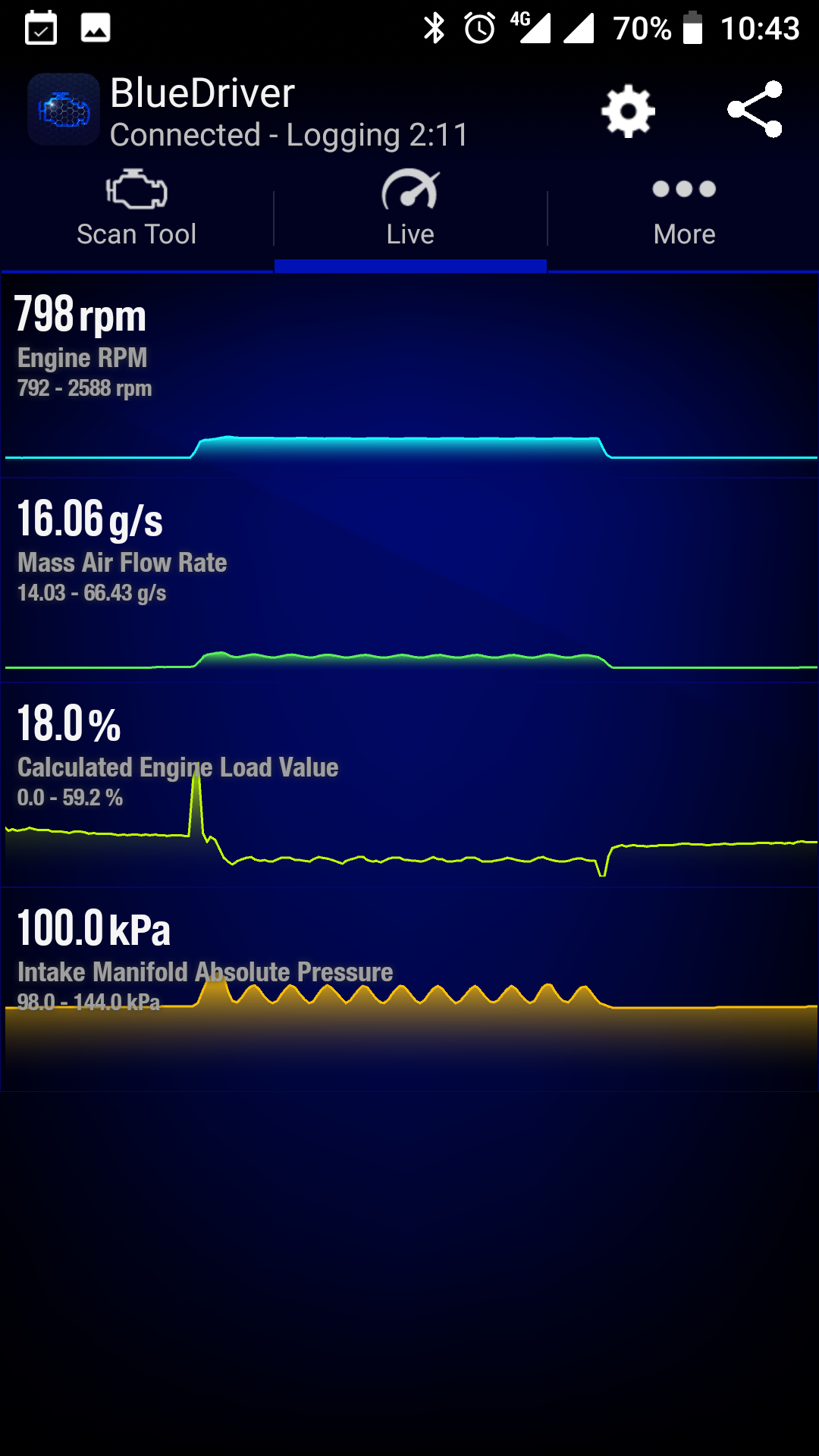 The MAP was oscillating between about 100 kPa - 127 kPa, with air flow of 49 - 55 g/s. At idle ( 800 RPM ) the MAP is 100 kPa and MAF is about 16 g/s, both of which seem high to me. I would normally expect a 2.9L engine to consume something like 3 to 6 g/s at idle and I would expect the turbo to be inactive at idle and thus have "normal" manifold vacuum at idle. However my experience with Turbo Diesels is basically non-existent, so my assumptions may be incorrect. Honestly, the MAF numbers at 2500 rpm also look quite high to me.

Based on my observations I'm concluding that something happened which is causing the turbo to run at idle when it shouldn't, and that same thing is causing the turbo to spool up and down constantly at higher RPM. My only guess at the moment is that maybe there is a problem with the waste gate not opening at idle and not responding properly at higher RPM.

So can anyone with Turbo experience comment on my observations and point me in the direction of what might be the cause? If it is in fact the waste gate, can that be fixed or does it require replacing the whole turbo assembly?

So the turbo on this is either a 282004X900 or a 282004X910 as far as I can tell, which have internal waste gates which are mechanically controlled a boost actuator: 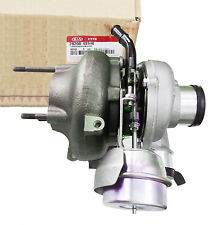 I'm pretty sure there shouldn't be any boost at idle and thus I should see normal vacuum readings at idle. So the big questions are still why would there be boost at idle and why is it oscillating like that at 2500 rpm.

I backprobed the two boost control solenoids that active the actuator arm and the PCM seems to be intentionally running the turbo like this, which still doesn't make any sense to me.

Upon further inspection in addition to the compression leak from one of the injectors there is also a collapsed air intake hose. However there's not much left check since the turbo blew up during a test drive.

Not the answer you're looking for? Browse other questions tagged noise diesel turbocharger kia or ask your own question.