Is there a standard size for automotive rocker switches

In my 2009 Toyota matrix, there's a bunch of slots (currently have covers on them) to the left of the driver. They look like they're the same size/style as the rocker switches I can find online, such as :

Are these generally a standard size? I'd rather not have to cut out slots since it looks like the ones that are there have spots for them to clip in nicely.

To answer your question, as Mike stated in his answer, no, they are not standard.

Something you could do if you are looking to put switches into these slots is look to a wrecking yard (ie: bone yard; breakers; eBay listing) for switches which would go in here. Since Toyota put the panel in there with the blanks, you can rightfully assume Toyota has switches which will fit into these slots. There has to be Toyota made switches which go into these slots otherwise Toyota would not have made the slots in the first place. I personally don't know what these switches would be for, but you can have a pretty high probability these switches exist. It costs money to design/make the panel where the switches go. They would put it in there as a scale of economy thing, meaning, why have two separate panels when a single panel with switch holes will work for both ... just don't put switches in panels where they aren't needed.

You can see in this image, there is a switch located in the panel to the left of the steering wheel. It looks as though it could be for stability control (who knows!). The point being, there are switches which will fit in there, it's just a matter of hunting them down and seeing what would work for your needs. 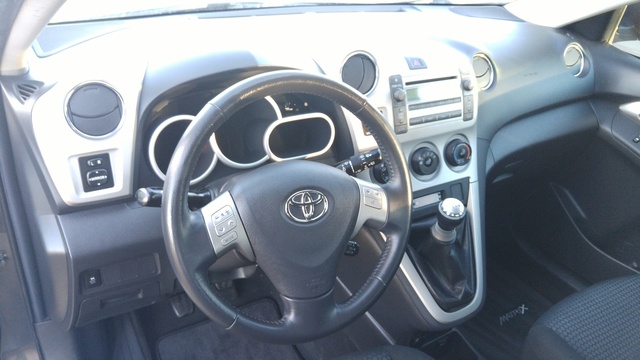 Switch styles, sizes and shapes are not standard, the switches in my volvo were slightly wider and in the past I have had to make adaptor plates to fit switches into larger holes...

However many of the symbols are common across manufacturers.

Not the answer you're looking for? Browse other questions tagged toyota interior switches matrix or ask your own question.