I have a 2011 Town and Country (70k miles) and I had a clunking develop on the driver's side a few months ago. I figured out that the strut bushing/bearing was the cause and the clunking was the spring winding up a little and then releasing.

I sprayed some spray lube in the top and the clunking went away for a while. It came back a few weeks ago and I finally got around to replacing the struts. What I found was that on both of the front struts, the spring had slipped off of the top pad that it rests on.

My question is: What could cause this to happen to both of the struts? Is there something more systemic that could be causing this that I would want to fix as well?

Here is a picture of the old strut next to the new one. 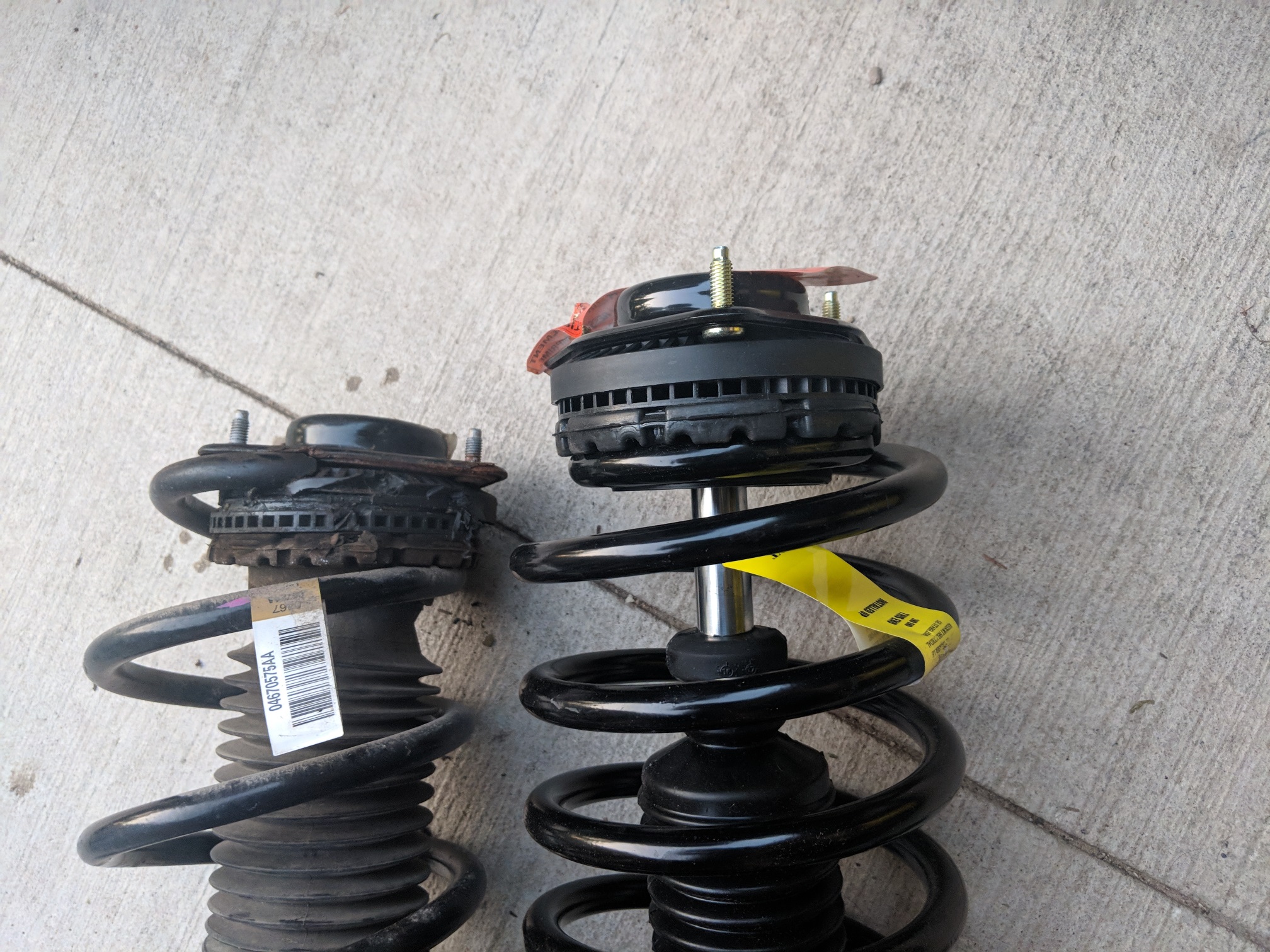 From the detail in the image it looks like the top part of the spring is broken and has fallen out.

The final turn of the spring should have a diameter smaller than the rubber pad so it sits on it and the left hand image is not smaller...

Not the answer you're looking for? Browse other questions tagged suspension struts springs or ask your own question.

3
What could cause crackling sounds from a suspension on vehicle start moving?
2
Front tires hitting struts
1
turn-sensitive road noise
7
Alignment and Lower Control Arm Bushings
3
Rattling noise that goes away when braking?
1
How long does it take ( and how hard ) to replace front strut and spring assembly on a 2008 CRV?
1
Vertical play in wheels
1
Can I compress the strut spring while still attached to my 2011 Jetta?