U0100 Toyota Aygo CAN Stop Communication or DTC Diagnostics, which is right?

I spent a lot of time trying to resolve some problems with a 2006 Toyota Aygo.

The most important or significant code it has is U0100: No communication with ECM/PCM A.

Information for 1KR-FE engine, 2WZ-TV (LHD) and 2WZ-TV(RHD) engines and for vehicles with VSC Systems and without VSC systems together is in one diagram making it a bit difficult to follow.

It gets even worse.

Due to changes along the line, in the course of production, the model had quite a long run, from 2005 to 2014, and all the changes were incorporated into the same diagram.

The vehicle I am working on has no VSC.

To illustrate my point:

Reference is made to A41 Brake Actuator Assembly, but courtesy of an engine control documentation (please see four color picture below title Engine Control 1KR-FE) actually A21 and not A41 applies to the vehicle I am working on. 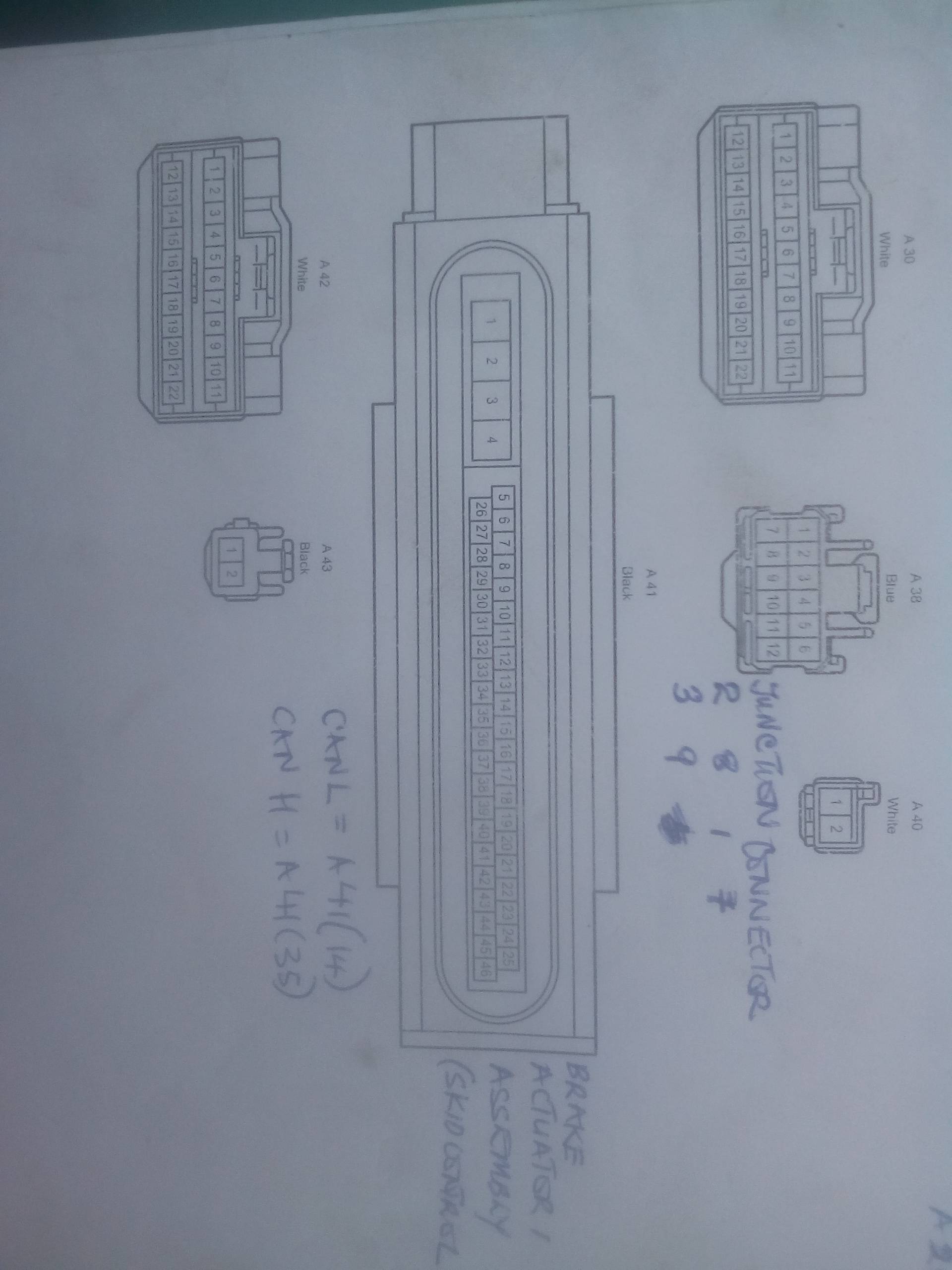 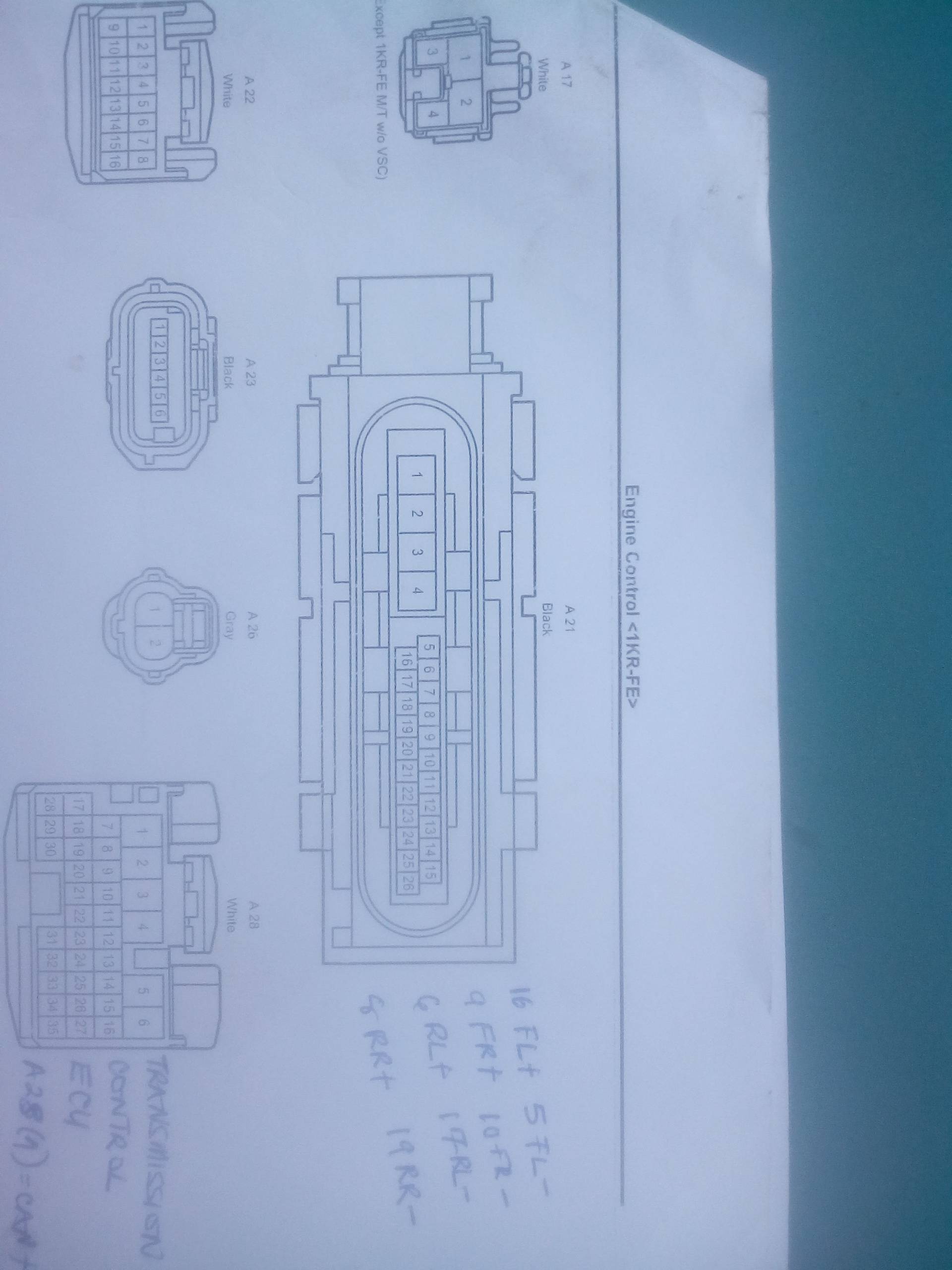 The documentation for resolving this problem tells you to check resistance between the transmission control ECU connector (A28) and the ECM connector (which could be B25 or B26) but it does not tell you which engine or model comes with B25 or B26!

When I tried diagnostics based on ECM B26 connector and got no results, I then tried ECM B25, and got results. 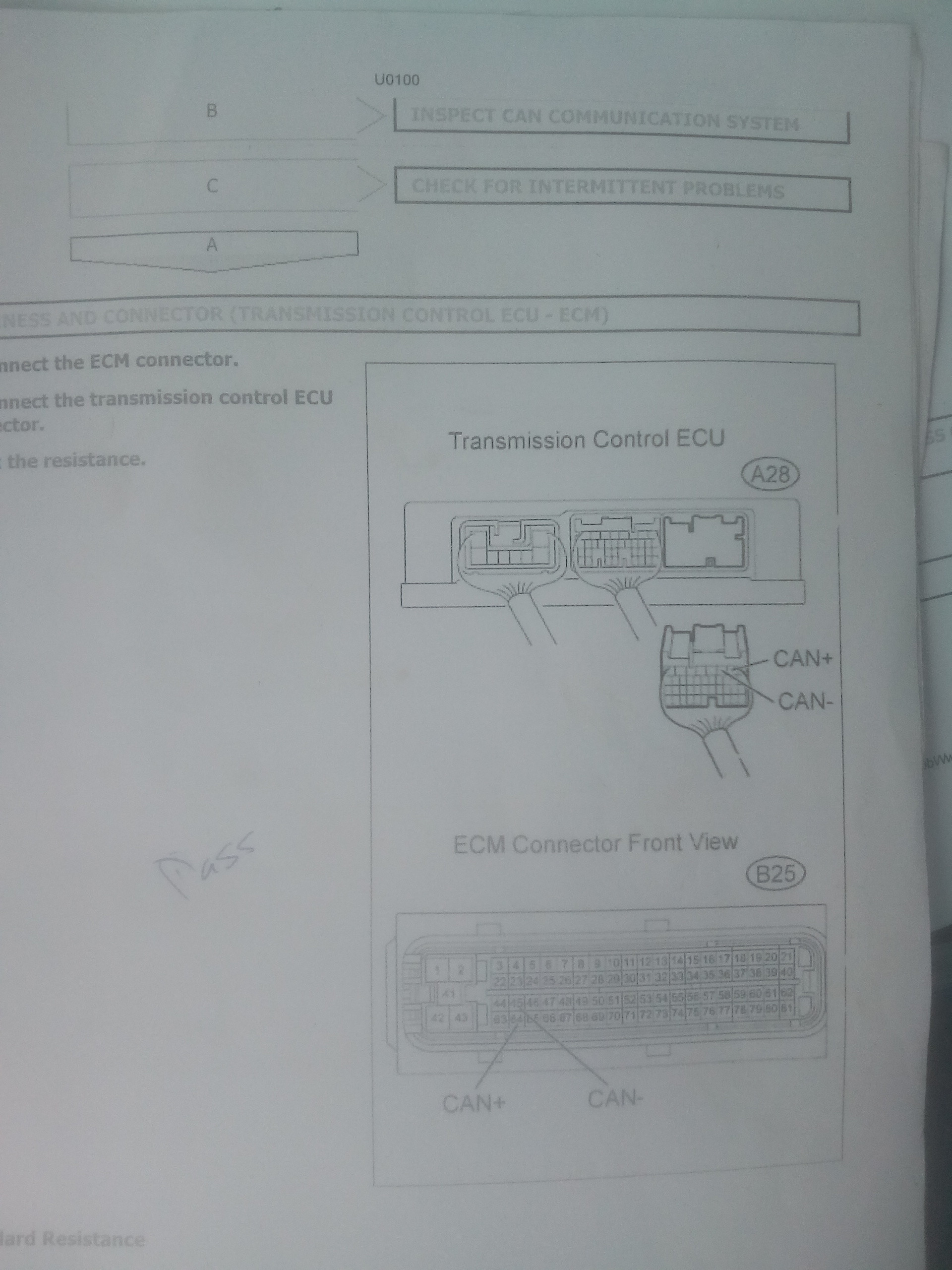 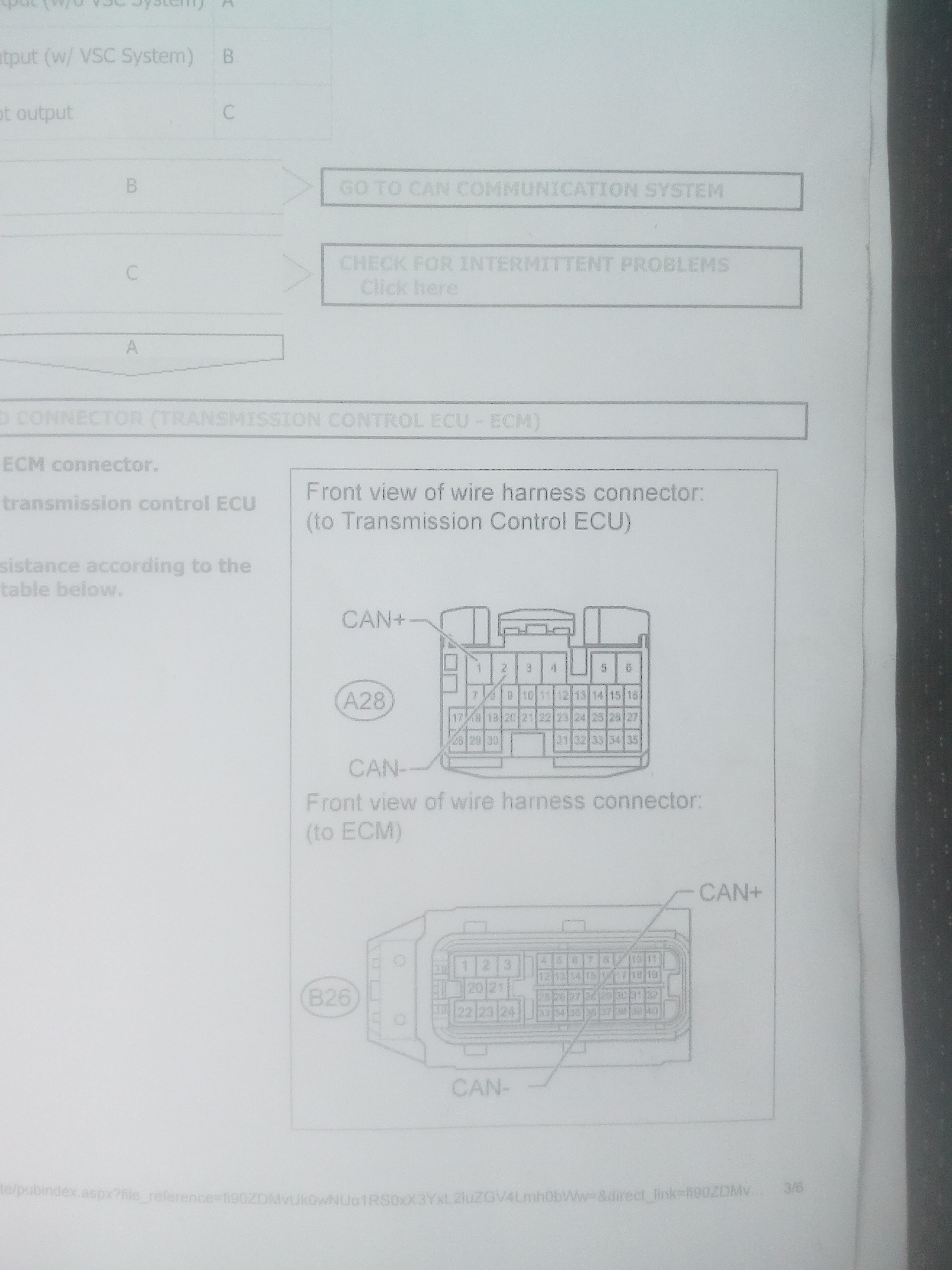 Depending on which part of the service documentation one consults, the CAN communication lines may run from ECM B26 harness or B25 harness. 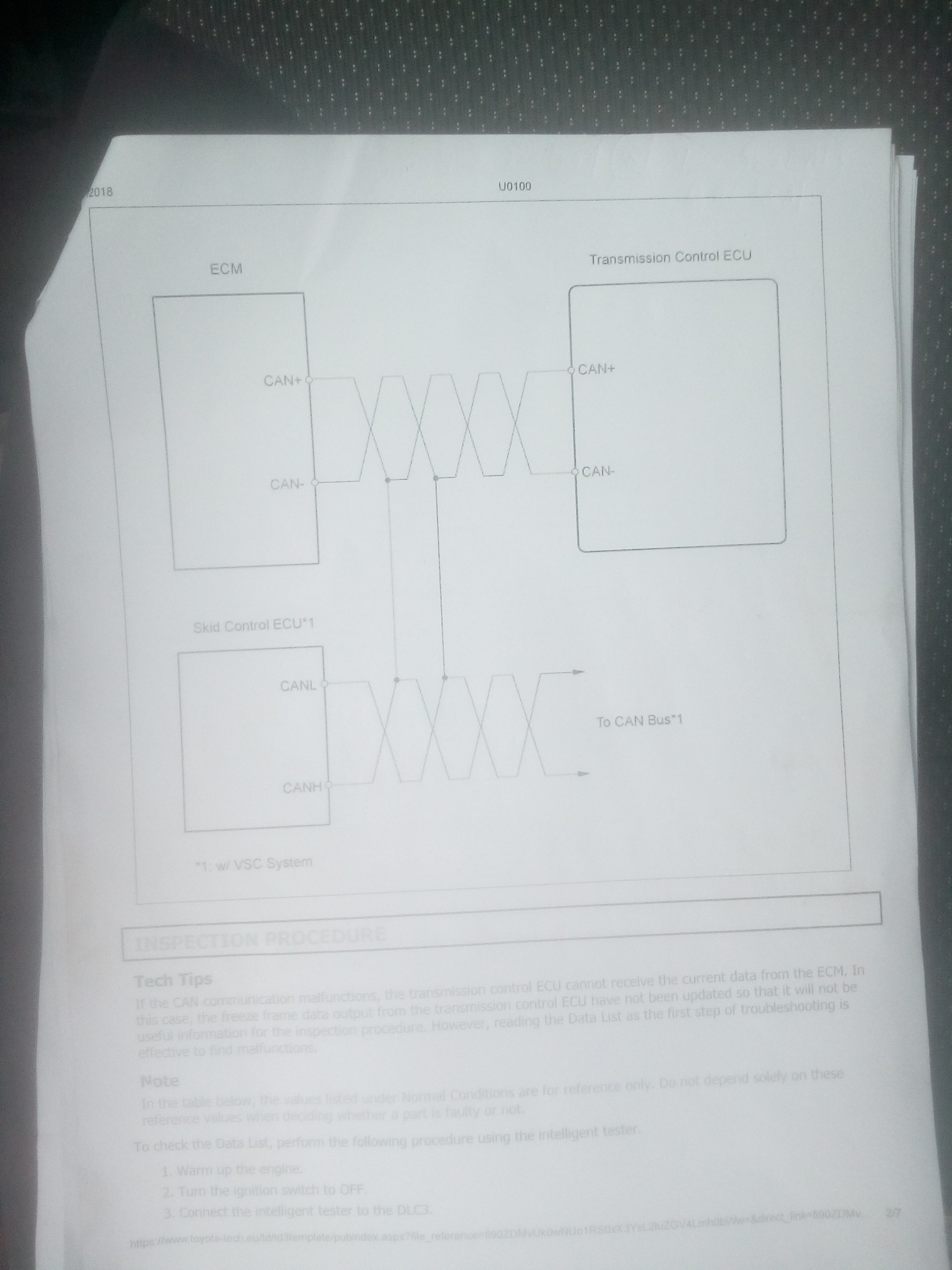 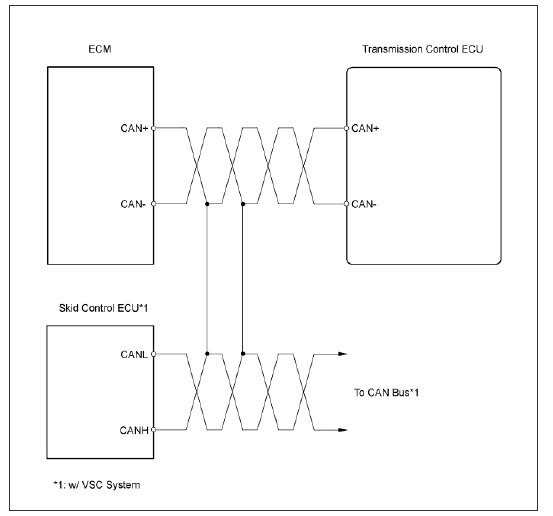 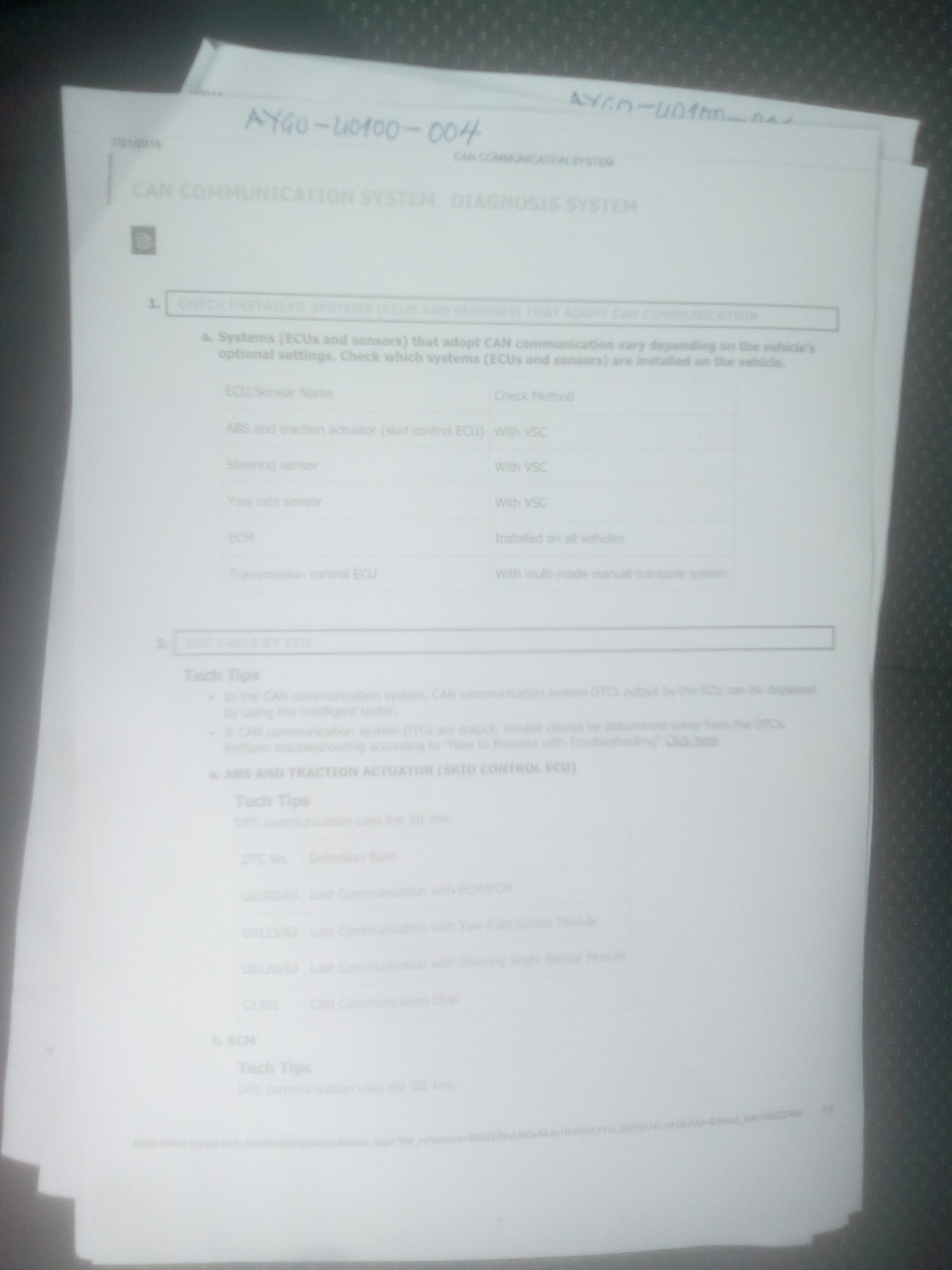 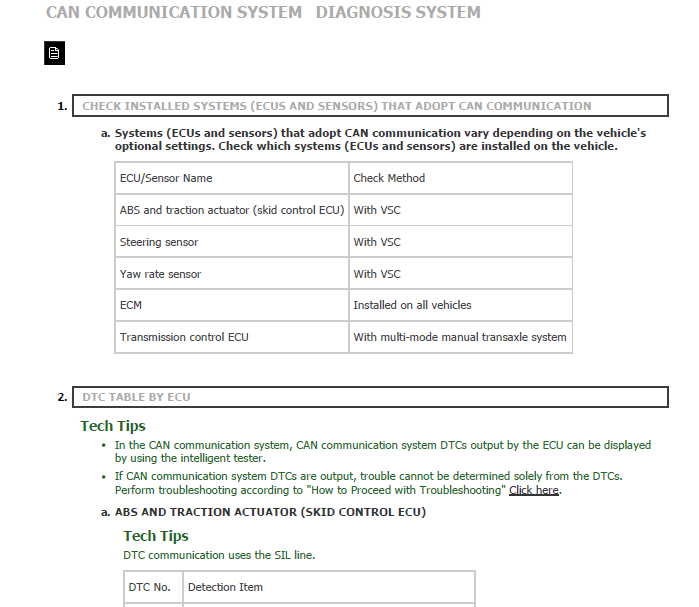 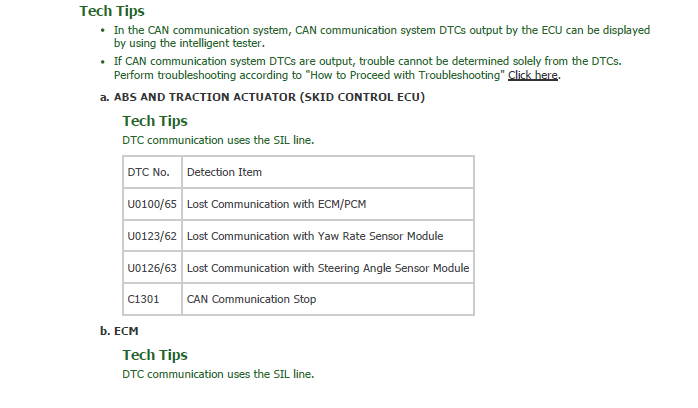 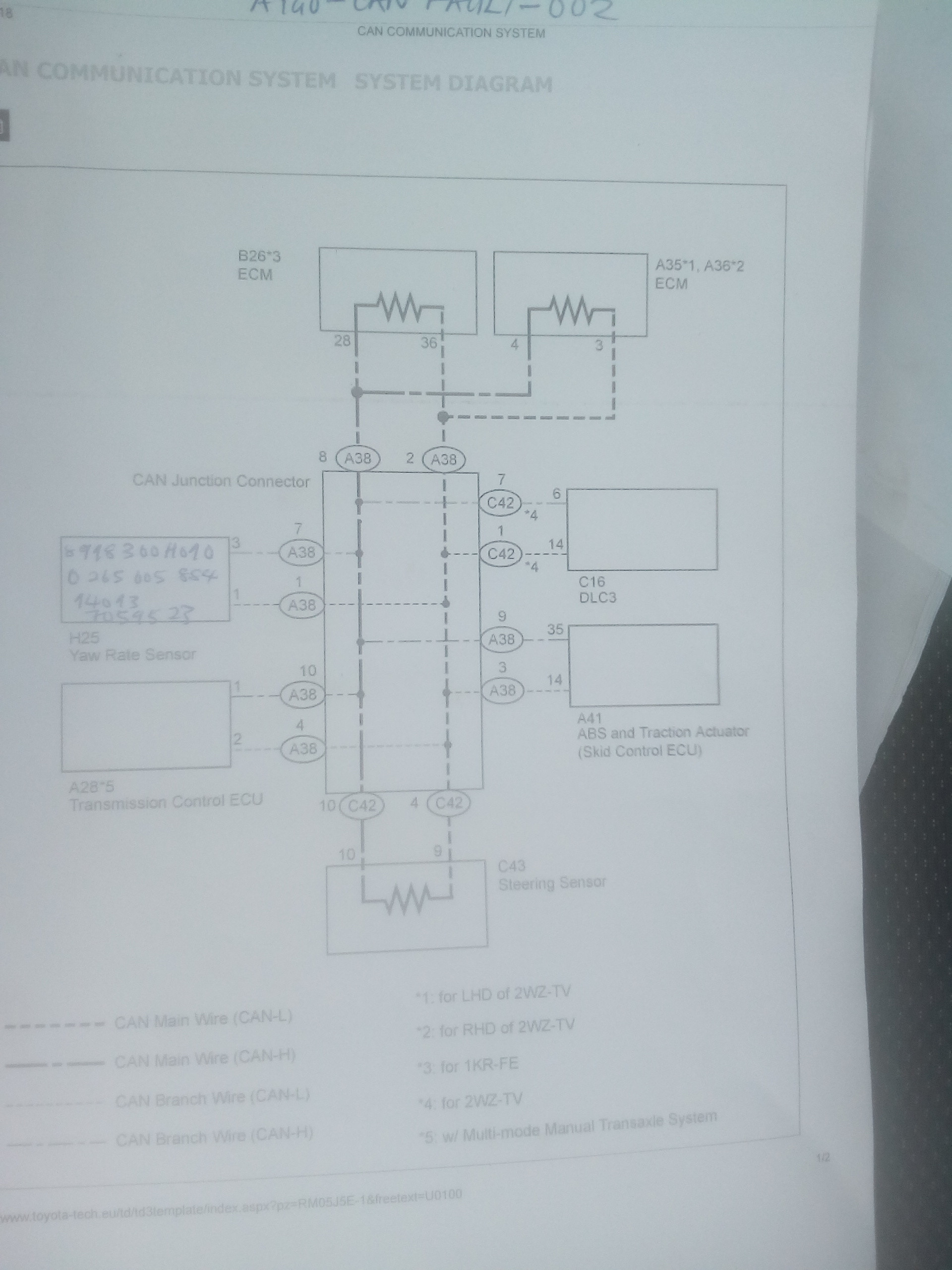 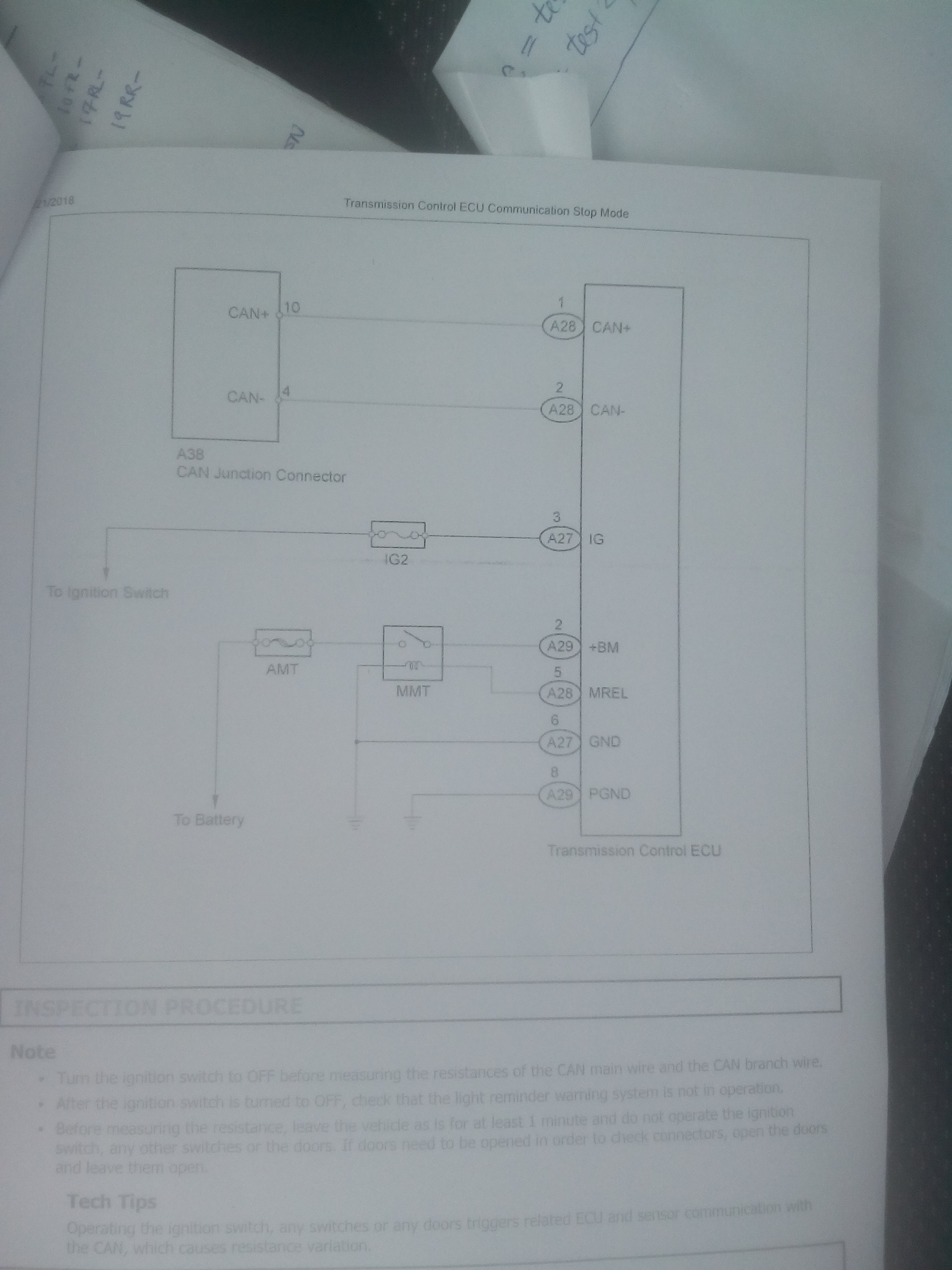 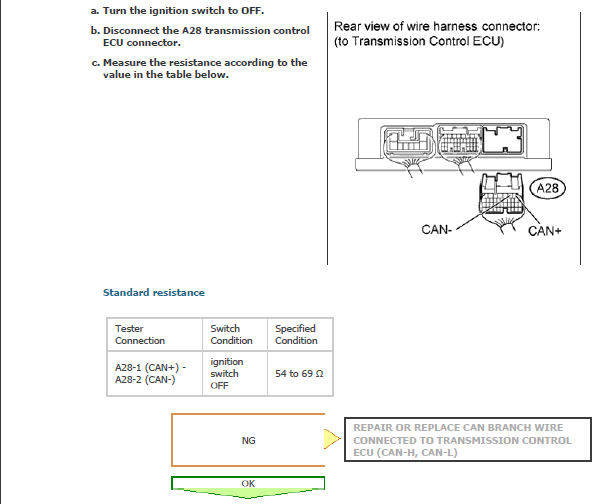 Now the question or questions?

Is my diagnosis in order?

Initially I established that the two CAN communication lines were open so the was no communication between both the ECM and the Transmission Control ECU.

After fixing that I then fixed communication between the Transmission Control ECU and the CAN junction connector.

But the results for the Transmission control ECU CAN communication lines and body ground is out of specification.

Although the voltage drop reading between the ignition line of the transmission control ECU pins and body ground is within specification.

After fixing the wiring, I got resistance readings, although the readings are a little lesser than what the service documentation says.

Like the expected resistance between the ECM connector and Transmission control ECU connector should be below 1.0 ohms but I get 1.6 ohms.

The major difference is that CAN +/- and body ground should be 10kilohms or higher but I got 50 ohms when I followed the Diagnostics for U0100.

I checked the CAN Bus Wire (Transmission Control ECU Branch wire) and while expected resistance should be between 54 and 69, I got 45.2.

When I checked the harness and connector, ignition, ground and pground.

Expected values for Transmission ground and pground are below 1 ohms but I got 1.6 ohms.

Expected values to voltage to transmission control ECU ignition pin is between 11 and 14 volts, I got 12 volts.

Following the U0100 diagnostics guide is inconclusive.

Which do I believe?

My conclusion is that it seems that the transmission control ECU is bad.

3
Toyota FJ Cruiser transmission problem
4
DLC Pinout for SVX ECU
6
Replace or Repair Mazda MPV 2000 faulty ECU?
5
What does it take to program a used ECU?
2
How does a typical OBD communication start?