Welding on the battery tray

I need some help with welding the grub screws on my car.

Here is the picture of the battery tray: 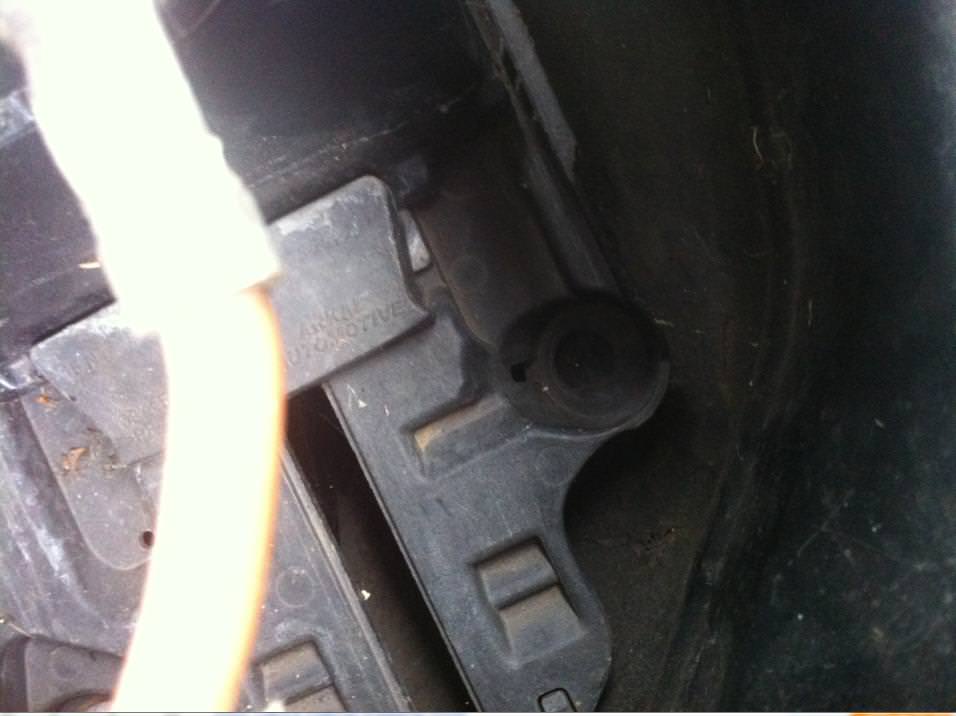 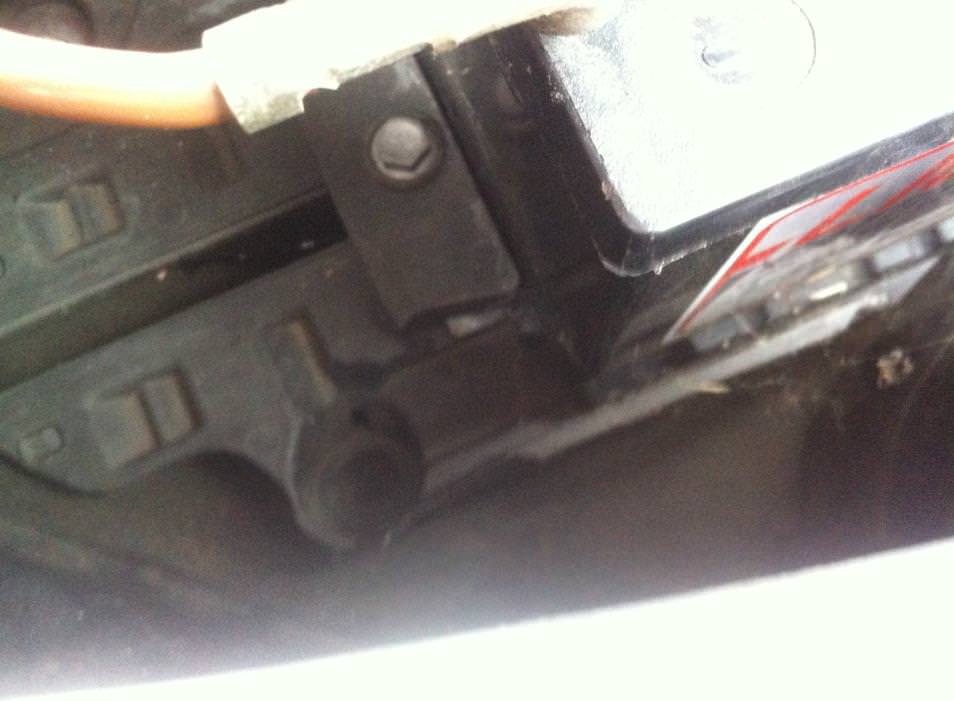 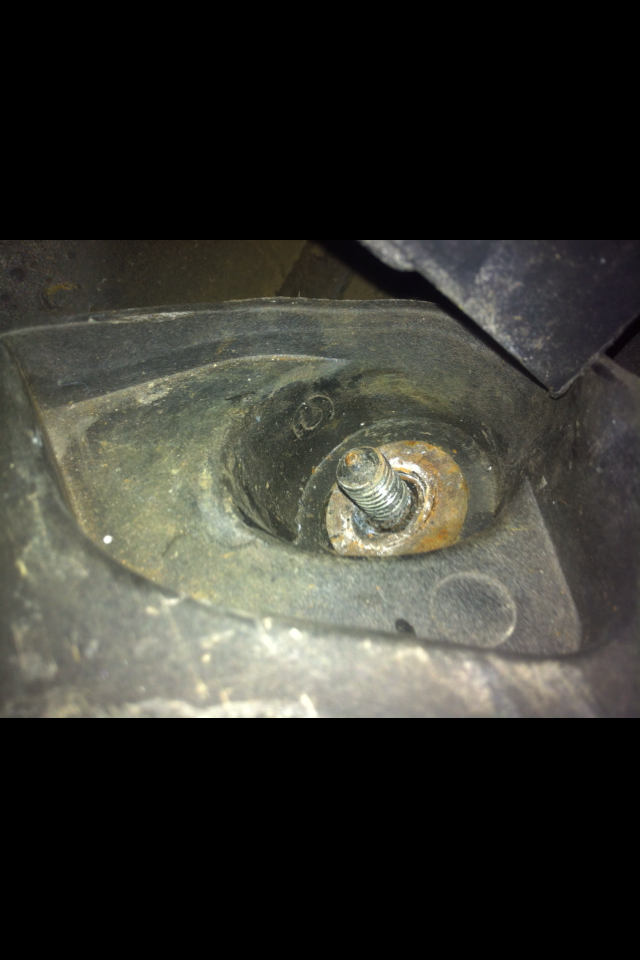 Here is the grub screw that I have got which it is the same type as the other grub screws that I want to weld it: 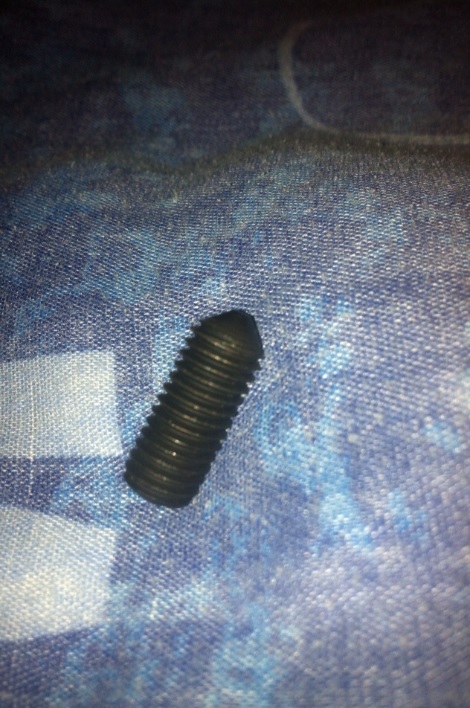 I have asked the garage if they could be able to weld it, but they didn't want to do it as they don't understand why I wanted them to do it and they was laughed when I asked them to do so they are stupid. I want to do it myself to get the work done to avoid the two other grub screws that I have already got on my car as I don't want them to get snap by the road surface, but there are few problems that I have got.

If I do it, it will get too hot and the metal parts would melt which I don't want that. And I dont know where to put the earth on my car to get it to welding.

Do you know how I could weld it to do it in a proper way to be safe without melt the metal that I had the work done already by someone else?

What is lower volts I should use to avoid the metal to be melt while I weld it?

If that is not possible, do I have to do it slowly to do it once at a time while seals on the metal to hold it in place?

And do you know where do I need to put the earth for the welding plug on my car when I remove the battery so I could be able to weld it?

Welding sheet metal is tricky even with a TIG welder under ideal conditions in a shop. MIG & stick are even riskier. Your situation offers MANY points of failure. Even if you can get a torch into the back side of the battery tray mount, there may not be enough metal left to weld. I would suggest you use a "cooler" low-tech approach like a rivet nut or a though bolt with fender washers. If the whole mounting surface is rusted thru, cut it out and replace with a repair bracket or new sheet metal that you can bolt to non-rusty, sound steel.

Not the answer you're looking for? Browse other questions tagged battery repair body hotrod welding or ask your own question.

4
Is the wing (AKA fender) on a BMW 335d MSport attached by glue?
7
What repairs can a garage do without asking for permission if the car is in for MOT and service?
7
What kind of amperage and sticks needed to weld a nut to a stripped cap/bolt?
4
Car battery back to front (positive on front left) - problem?
11
When should I disconnect the battery to stay safe during repairs?
6
Welding sheetmetal
6
JB Welding a Stripped Oil Pan
4
Welding on car - damage to ECU, battery, alternator?
1
What is the simple way of recharging a discharged battery?