Fuel Rail Pressure dropping & engine shutting down - Whats the cause?

Lately my car had shut down its engine mutiple times while I was driving. Before shutting down it felt like I took of my feet from the gas pedal and then pressed it again althrough I always was on full throttle. I could restart it immediately after it shut down.

I then logged some parameters of the car using OBD2. There I noticed that the Fuel Rail Pressure dropped multiple times (see first diagramm). At the last drop the engine shut down (didn't react to adding gas and rpm dropped to zero).

After the shutdown of the engine I find the errorcode P0087 in my cars systemlog.

In idle mode the pressure is (nearly) stable as shown in the second diagramm. Be aware that the scale isn't the same as on the first diagramm! 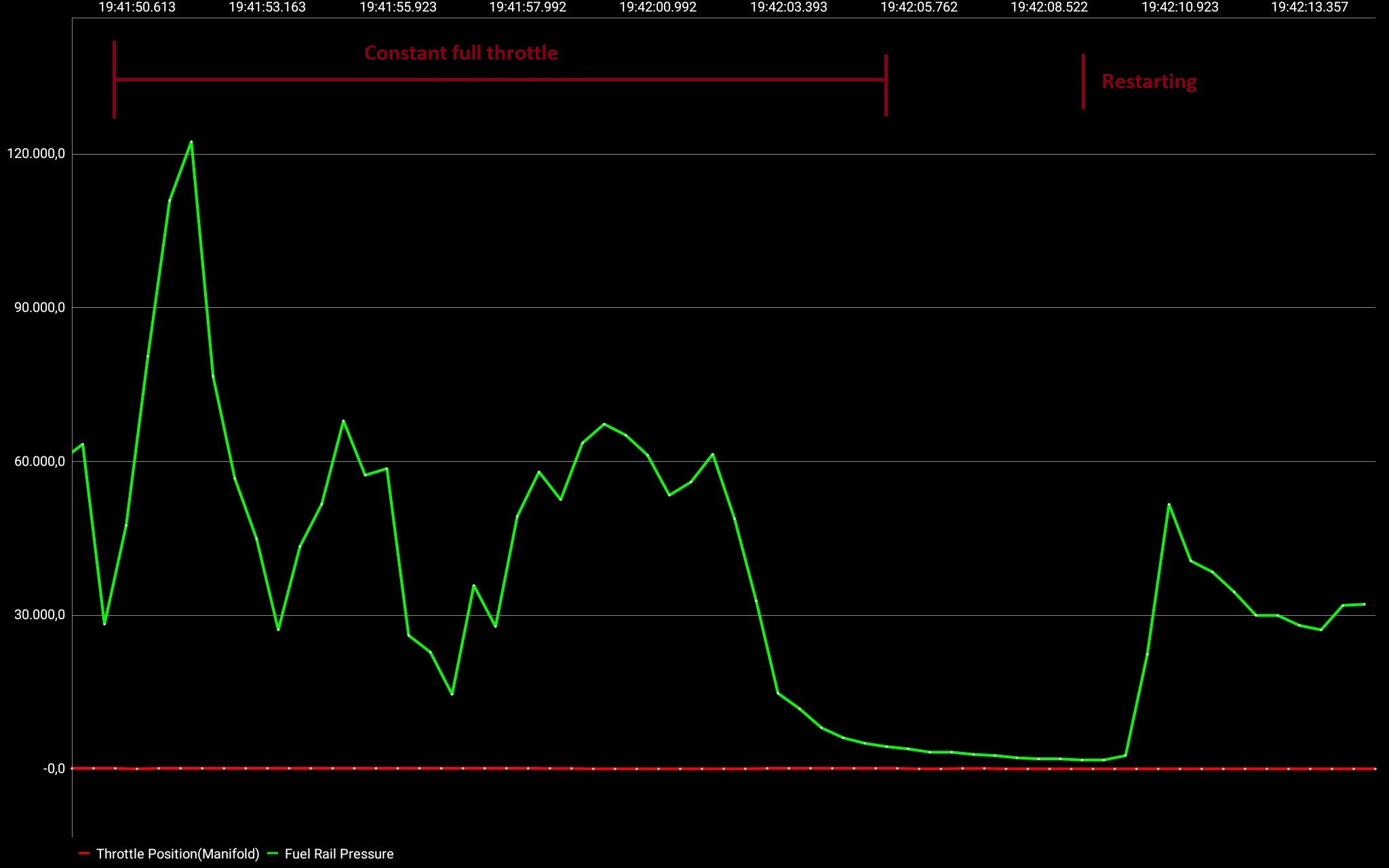 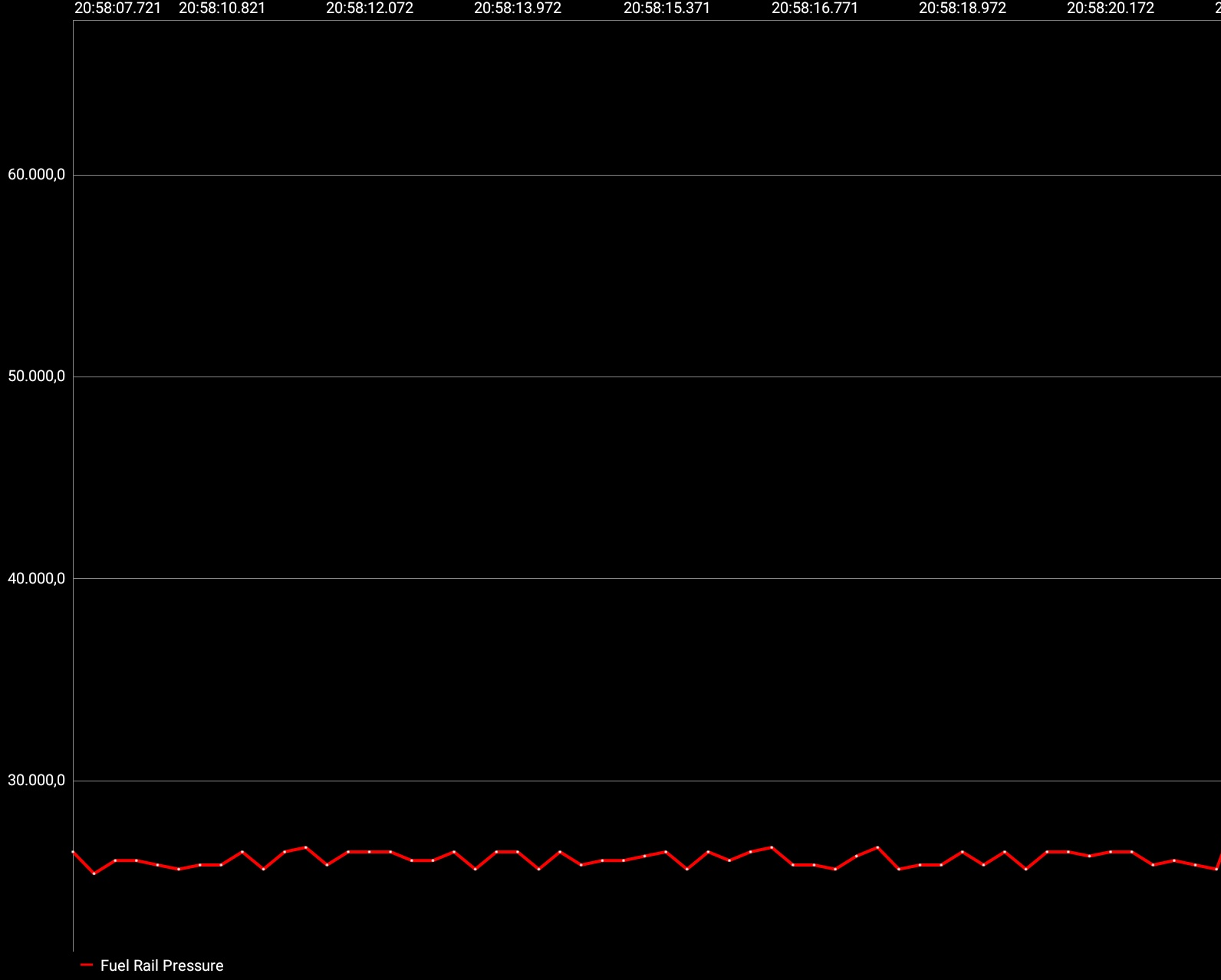 What is the cause of this?

I followed the list provided by GdD. The replacement of the fuel-filter solved the problem. The engine works again and the error code doesn't appear anymore

If the fuel rail pressure is dropping then either something is obstructing fuel flow intermittently, or your fuel pump is having issues. I'd start with the cheaper things to look at:

Not the answer you're looking for? Browse other questions tagged fuel-system pressure or ask your own question.

2
Is it possible to check if the fuel filter on a Yamaha XJ600 is getting clogged?
6
Difference between fuel pressure and fuel rail pressure
3
2004 powerstroke white smoke now no start
4
Diesel, fuel pressure drops at speed
4
Won't pass emissions, Bad ECU?
1
What should a normal fuel pressure reading look like?