Time has come to clear things out... I would like to know the difference between a center differential and a transfer case.

I know that a transfer case engages the front axle with the rear axle in 4H and 4L.(correct me if I'm wrong) As far as I know, vehicles with transfer case are RWD. Now when I thought about a center differential, I just thought of a differential (that typical circular one) in the center of the bottom of the car. When I had a chance to look underneath an AWD car, I found no "center differential".(Even though I saw a driveshaft and a rear axle)

But there are also vehicles with a transfer case that acts like a normal AWD car...so it confuses me overall!

So my question is: What does a center differential look like, and its location, and its function (like a transfer case)

Some overview on the different AWD systems Subaru has:

In this AWD system, the center differential is implemented by a bevel-gear, utilizing a mechanical viscous coupling device acting as limited slip function. This type of differential is commonly known as VLSD (Viscous Limited Slip Differential). 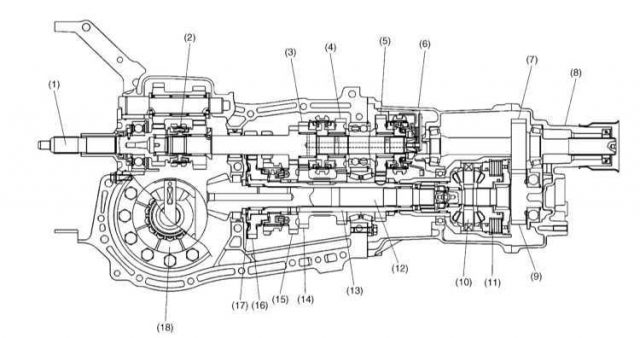 In the above diagram, (10) is the center differential, and (11) are the viscous coupling plates.

This is the most common type of AWD in the market. In this system, a multi-plate clutch pack acts as power coupling, and is responsible for transfering power to the front wheels. The ECU uses multiple sensors’ input to determine the optimal torque split ratio, then it controls the hydraulic lines to apply suitable pressure between the input and output clutches, therefore achieving the goal of actively adjusting front/rear torque distribution ratio. 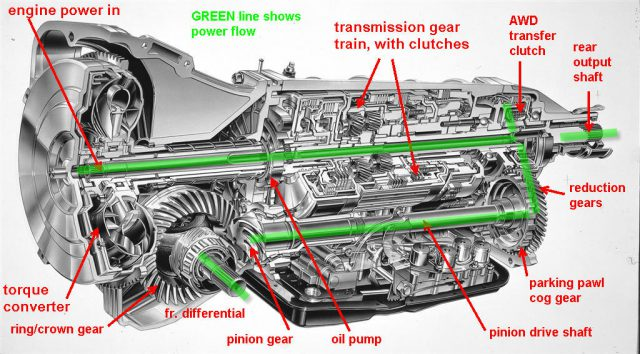 For this AWD system, Subaru installs a planetary gear-set as the center differential, and uses a multi-plate clutch to implement the limit slip functionality.

This system is fundamentally different than the above #2 type. For the VTD system, the power transmitted to front wheels is passed through the planetary gear-set, not the clutch pack. The multi-plate clutch only acts as limit-slip protection, and it will not kick in unless wheel slip is happening. 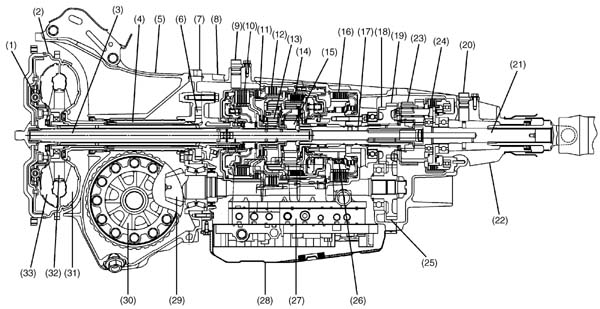 In the above picture, (23) is the planetary gear differential, and (24) is the electronically controlled clutch-pack. 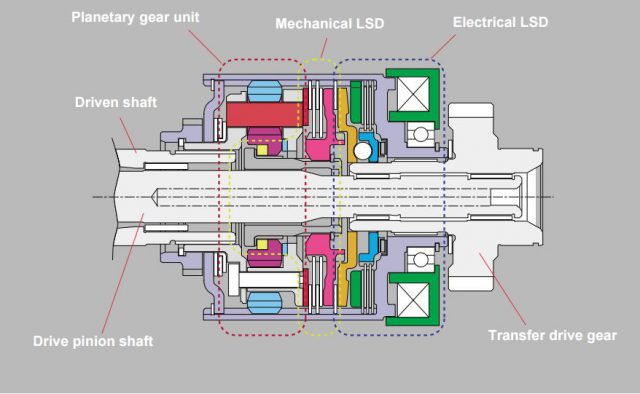 The above picture depicts the two LSDs used in the DCCD. The electrical LSD allows the driver to adjust the torque bias between the front and rear in real-time. Here's an official document from Subaru explaining the DCCD system in detail (ca. 2016).

0
2003 Forester A/T - If the center differential wet clutch system starts slipping, will the front, rear, or both axles lose power

6
Is it OK to replace only 2 tires on an AWD car?
6
2007 Chrysler Pacifica AWD - Trying to diagnose vibration between 30-40mph, driveshaft or rear differential?
4
AWD systems with/without transfer cases
2
Subaru Outback - can spin one rear wheel with auto transmission in Park
3
Where is extra fuel consumption in RWD and AWD cars dissipated?
1
1993 Jeep Grand Cherokee wheel hops/bucks only after vehicle gets warmed up
2
Theoretical AWD question
1
How far should you drive on a donut in an all wheel drive car?