The vehicle in question is a Piaggio Porter, make and engine data are unavailable atm. The car was in really bad shape before the repairs: missed oil changes, oil consumtion, heavy soot contamination, coolant consumption/leaks and intermittent engine stops. Further investigation showed leaking valve seals, a damaged head+gasket and scored cylinder walls. The engine got replaced with a used one. Both O2 sensors had heavy soot coverage and where not replaced, just "cleaned" by the mechanic.

The rebuilt engine worked flawless until after a prolonged drive under heavy load the CEL appeared. Afterwards the code reader showed an P0136

What makes me wonder is that the code reader shows active O2 signals with full amplitude. The signal of the secondary seems to be suspicious as it does not show any catalyst effect.

My apologies for the primitive data capture. 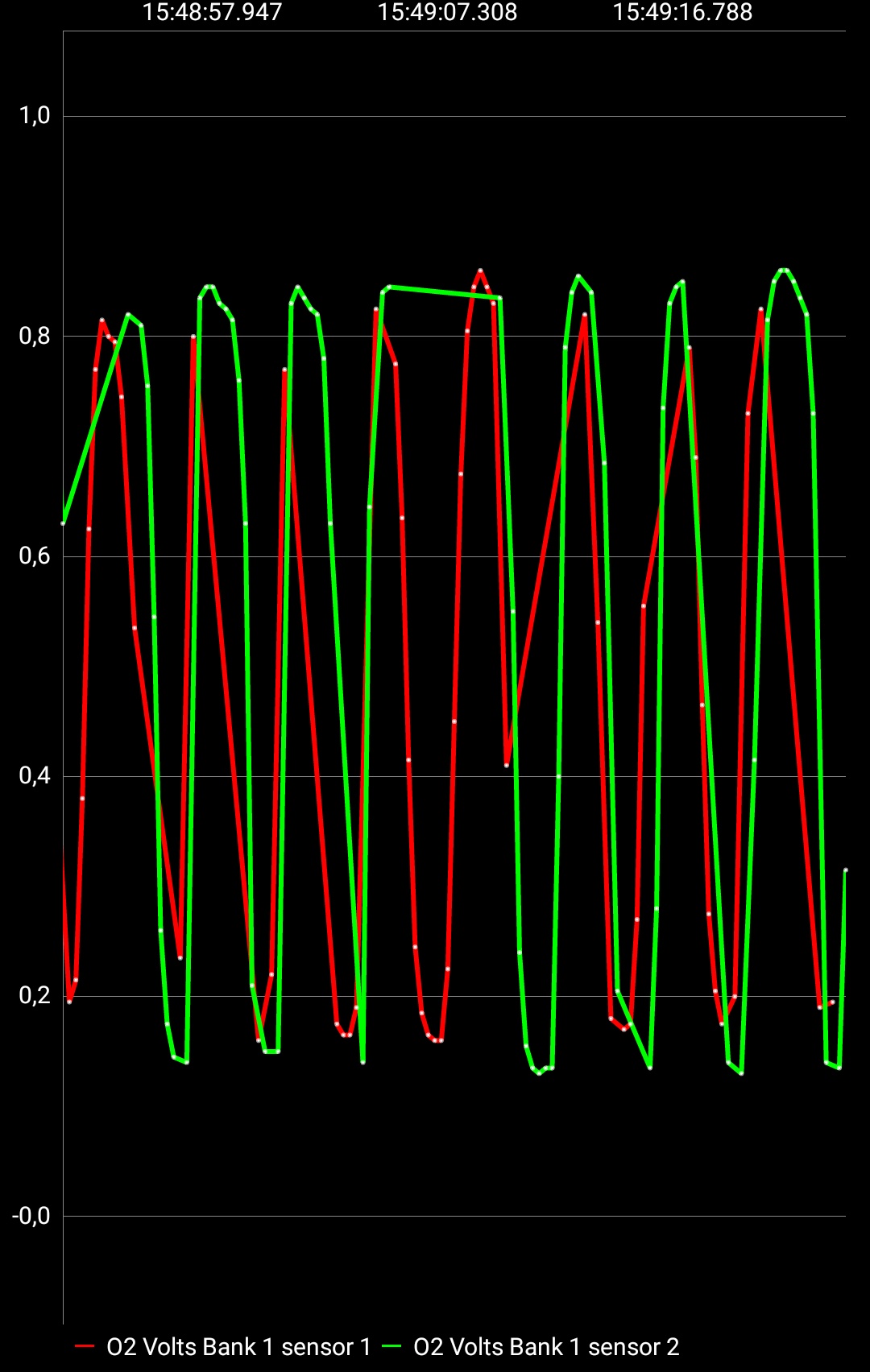 I was not able to get a measurment during prolonged heavy load, as the vehicle was blocked by another vehicle. I just started the engine and revved it gently until both signals showed up. I noted that it took significant more time for the secondary sensor to show signals.

With my limited knowledge on that matter I see the following possibilities:

Has someone some ideas on that matter, perhaps suggestions for further checks?

You've made some good observations. You have already ruled out #1, #2 is a good possibility so first collect data from similar conditions (heavy load) if you can. #3 (poisened cat), could also be a problem, but the ECU won't see it until it knows the O2 sensors are working properly. So when p0136 is fixed, it looks like p0420 will be right behind it.

Since the engine had previously consumed excessive oil and coolant, I would find a better way to clean these components, or replace them.

Not the answer you're looking for? Browse other questions tagged o2-sensor catalytic-converter p0136 or ask your own question.