Did I completely ruin my engine from driving with no oil?(video)

I have a 2004 elantra, not sure how many miles are on it because the odometer has been broken since I got it four years ago but I'd say it's over 200k. It's a car that needs a lot of upkeep and I've spent a bunch of money on in the past few months. There's a crack in the power steering hose, coolant leak, I had to replace the front axles and tie rods, almost everything is rusted up from living in new york and getting road salt everywhere and the check engine light has been on periodically for years, but they said it was from my oxygen meter or something.

Anyways, getting to my problem. The last time I had my oil checked was in march/april, they said I was good on oil and I kind of forgot about it since then. For the past ~5-7 days or so I noticed the oil light coming on only when I hit the brakes hard or fully turn the wheel. I didn't think it was anything serious because the light only flickered on in those instances(I also didn't know how big of a deal oil is). I did notice some weird things happening like lagging acceleration but my car does that sometimes either way. So two days ago was the last time I drive my car, and I noticed a strange noise during startup. I drove it home and that's it.

The next morning when I was about to go to work I tried starting my car and experienced some turbulent shaking and a gut feeling that I shouldn't try driving it so I left it home. Fast forward to today, I decided to finally add more oil. I checked the dipstick and it was bone dry. I added two quarts of generic 10w 40 oil, tried to start it up and two seconds later immediately turned it off because I was getting even worse shaking and just a really horrible sound coming from my engine. I haven't tried to start it after that two seconds and I'm so scared that I ruined my car forever.

I recently moved across the country and barely have enough money to get by, I definitely don't have enough for a new engine or new car. I spoke to my dad, who's not a mechanic, and he told me try getting a lubricant but it might be completely shot. Do you think it's worth it to get it towed to the shop and looked at? I have a video of what it sounded like on startup but I'm not sure how to upload it. This is where I filled my oil to before I started it today 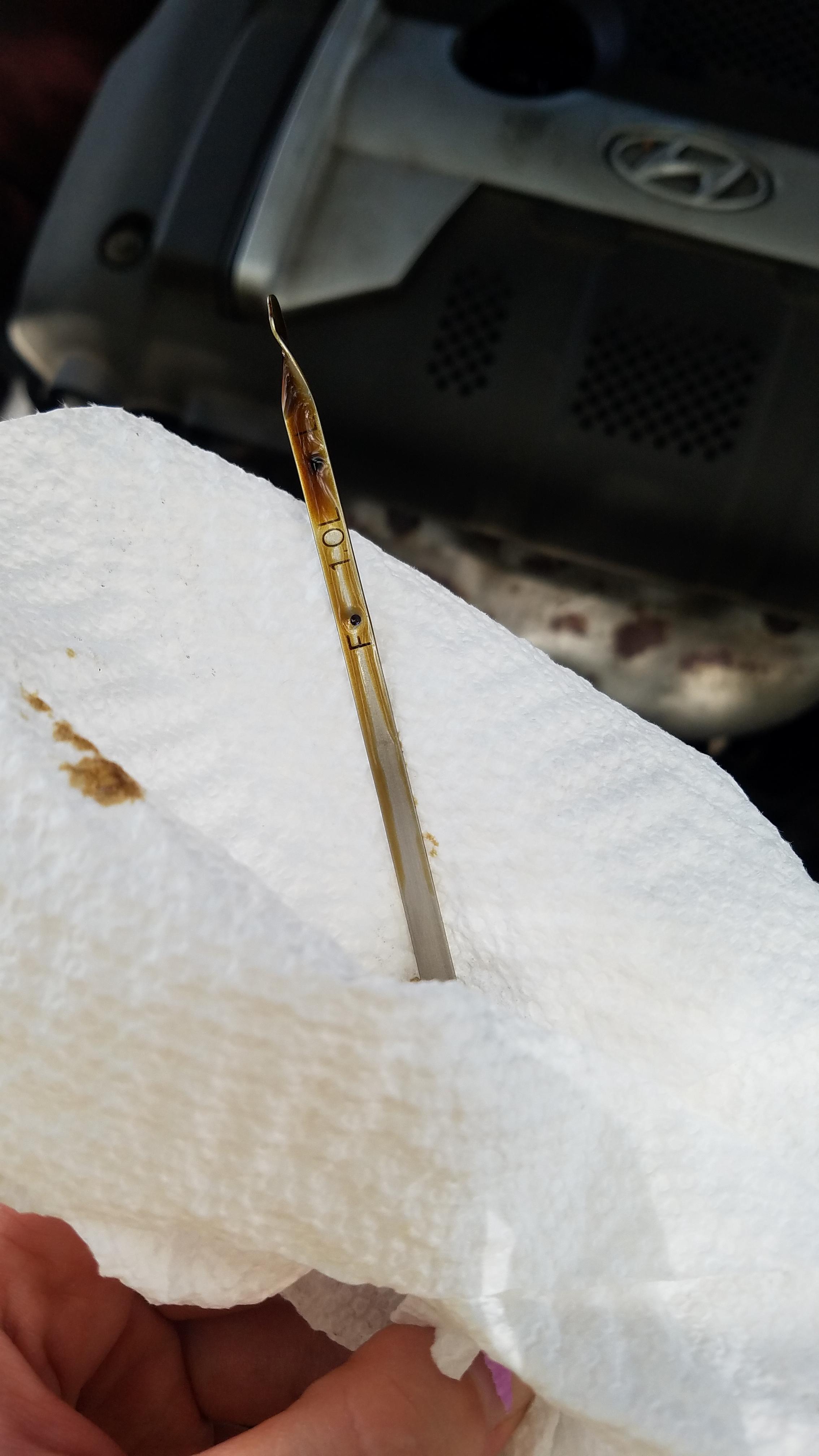 Browse other questions tagged hyundai oil-change misfire elantra or ask your own question.

2
2008 Scion XD 126K
9
A lot of smoke coming from exhaust after oil change (mixed old with new oil)
24
Why could my vehicle be shaking around 60mph after hydroplaning?
8
Cylinder misfire after leak down test
5
Did the mechanic ruin my car with double dose of oil?
6
How can I confirm if my (petrol) car's engine oil was actually changed?
2
Why engine oil indicator is turned on while the oil level is high?
1
shaking front end
2
missed oil changes