What's this inside my gear shift?

Is there a laser or something in there because it's really bright and looks weird and has a different look I'm pretty sure it isn't but it's weird . 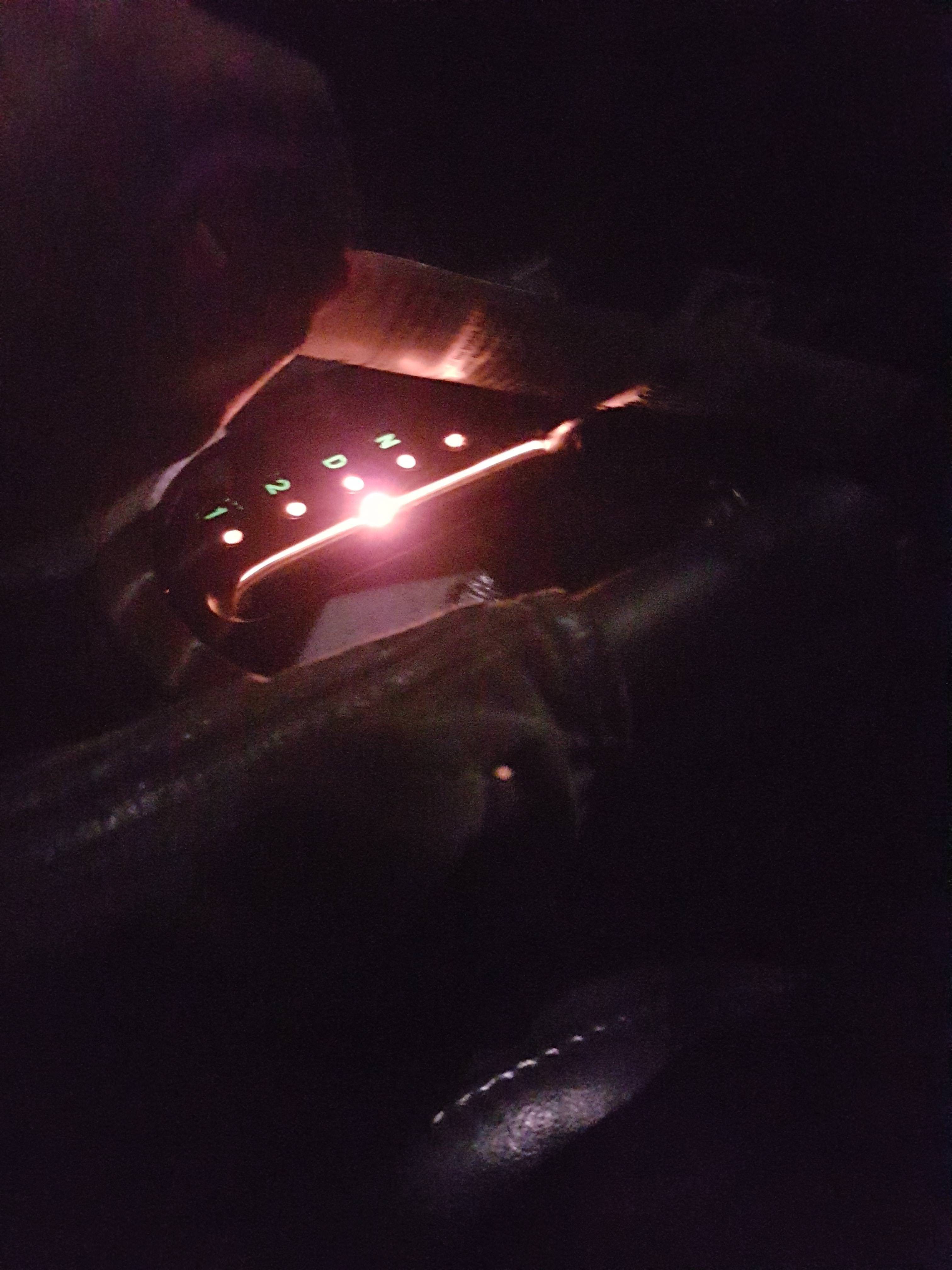 I've seen this before. The bulb assembly usually fits into the gear indicator mechanism in a similar way that brake lights fit into brake light assemblies. That is, usually the bulb socket has a snap tab or twist fit. In your case the bulb is still intact but the bulb assembly isn't in the right place. In other words, it's not snapped in where it's supposed to be. It's more annoying than harmful, but I'd recommend trying to fix it anyway.

There are a number of ways of disassembling these; it varies by model, but it often involves gently prying the gear shift indicator assembly out of the housing and then snapping the bulb assembly back into place. It will be obvious where it should be.

There's also the possibility that the last person to replace the bulb (or do some other maintenance in there) broke some plastic bit that's supposed to hold the bulb in place. That's even more annoying, but also usually repairable buy paying a king's ransom for the replacement plastic bit, and struggling for a while to replace it, all the while cursing the clumsy gorilla mechanic who first broke it. (Even if it's yourself!)

Well, years ago it would be a small bulb, but now it is most likely to be an LED - some are usually colored to match the dash lights, some have colored plastic covers of some type.

Difficult to tell anything as it is on - a decent picture of the bulb / led will confirm.

Not the answer you're looking for? Browse other questions tagged lights gears or ask your own question.

4
What is the name of this part on a 2003 Mazda Protege5?
6
Daytime running light failure -- one side only
5
Reverse Gear Doesn't Work Anymore on an Automatic
5
What's an effective way to protect headlight lenses from fading?
2
fuel consumption - gear - rpm relation
0
Citroen C2 VTR refuses to shift down in some scenarios
6
Trouble getting in first gear when car is hot
0
Does not releasing throttle while up shift wear the engine (reduce engine life) or does it only affect clutch and gear parts life?