I haven't hit anything or done any strange off-roading, but my car has started making a very strange rattle from the back left when at low revs. It has the sound of a loose heat shield type of rattle, but I can't think of anything in that space that would do that.

It turns out the 06 WRX has its headlight self-leveller sensor at the left rear. Here's a picture of a Subaru Forester sensor and caliper (from the uksubaruownersclub.com site) - very similar setup. As the suspension moves, the caliper is pushed up or down, and the sensor reads the setting - which is translated to movement at the headlights so when you have a heavy load the headlights don't dazzle oncoming drivers. 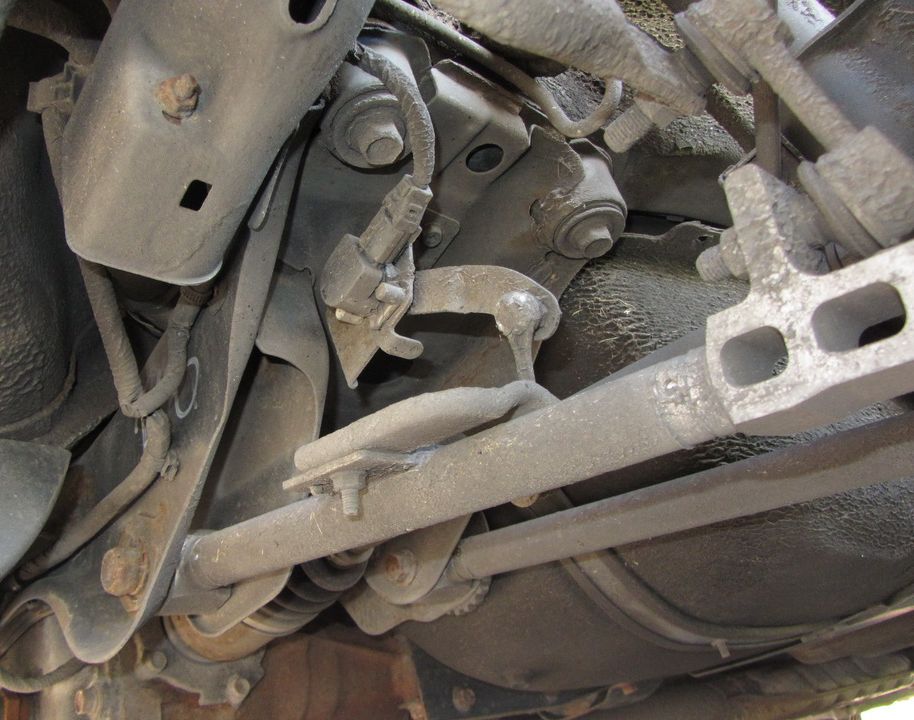 But the calipers are rather more delicate than you might imagine, and mine has snapped. Not too unexpected for a 12 year old car.

The good thing is, I don't need to replace it, as I can adjust the headlights myself if I do have to carry a heavy load in the car.

Not the answer you're looking for? Browse other questions tagged rattle or ask your own question.