Vehicle is a 2007 Dodge Nitro R/T with a 4.0L engine. I've had a lot of trouble diagnosing a cylinder 2 misfire and looking for help on next steps.

After engine is warm, stop and go traffic will result in a rough idle and repeated engine light warnings for cylinder 2 misfire, P0302.

So far, the plugs and coil packs have been changed. Fuel injector replaced. Cylinder valves inspected/fixed. Some done by mechanic(s), some done by me.

In order to diagnose further, I've recently purchased a bluetooth OBD2 tool so that I can collect data at the time of failure.

The chart below shows an example of what happens to four data points (02 Bank 2 Sensor 2 [blue], 02 Bank 1 Sensor 2 [orange], EGR error [gray], and commanded EGR [yellow]. I identified the time of the problem in red, around the 11 minute mark in the trip. It occurred after sitting through several stop lights. What I see is that the commanded EGR went to 0% for about a minute, then three things happened simultaneously as the check engine light turned on: The voltage for 02 Bank 2 Sensor 2 went to 0 AND the rough idle started. The timing of the rough idle exactly coincided with Voltage on 02 Bank 2 Sensor 2 dropping to 0. 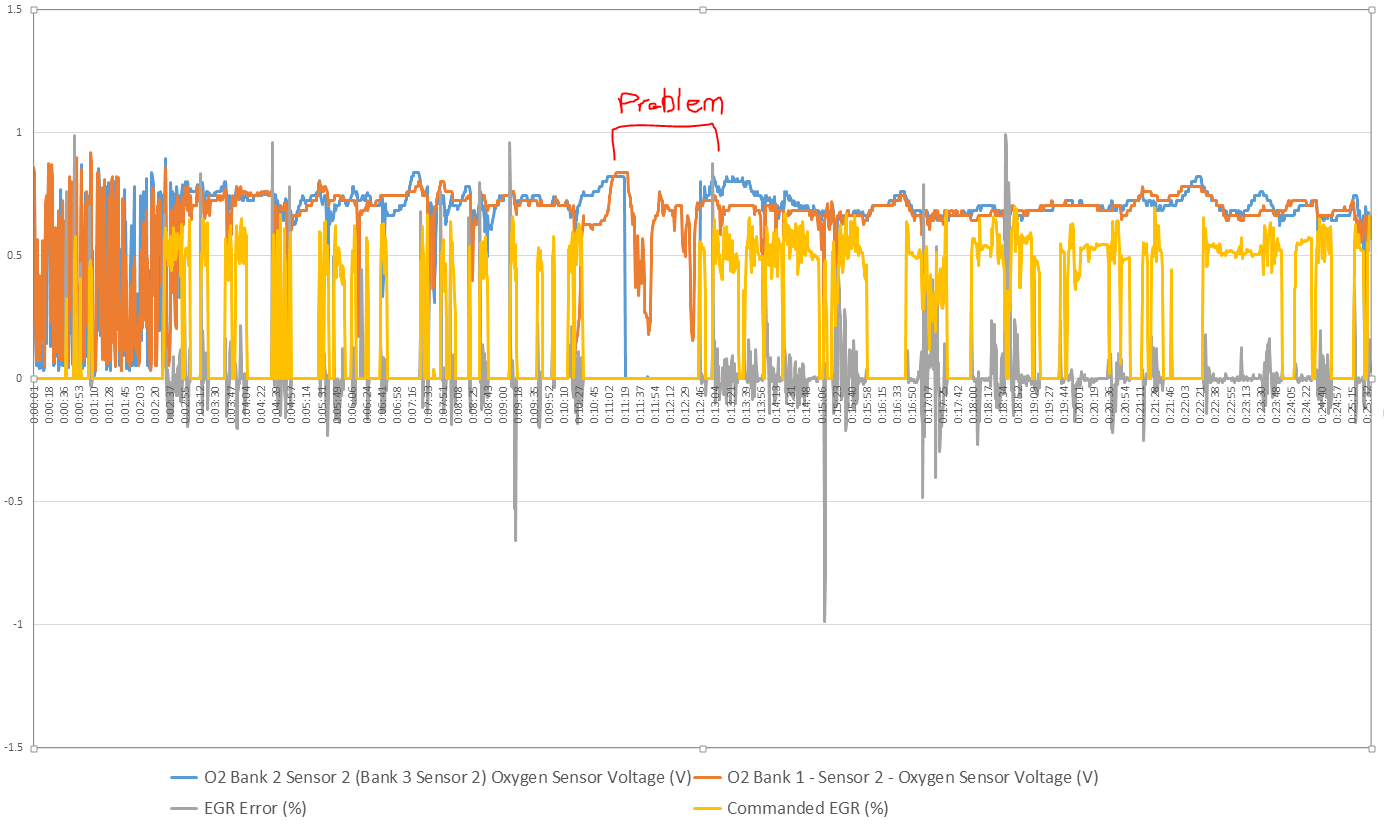 Do you have ideas of the culprit? I have been considering an EGR valve being stuck open causing the problems, but I'm not getting an EGR error code. I've also thought that maybe the 02 sensor is bad, but can the downstream sensor cause a rough idle?

Suggestions for next steps would be greatly appreciated.

My suggestions for next steps to take:

One more thing that could change some of the possibilities is a more detailed description of what was actually done when the cylinder valves were inspected/fixed.

Not the answer you're looking for? Browse other questions tagged o2-sensor misfire egr obd-ii or ask your own question.