What is the difference between a V belt and a serpentine belt?

My understanding is that in either case it is a belt that is connected to the crankshaft and via a series of pulleys powers all the peripheral systems of the car.

My understanding is also that a fan belt and drive belt are the same thing, and that a V belt and a serpentine belt are subtypes of that entity.

Please fill in the gaps and correct any mistakes in my understanding of this.

V belts are traditionally found in older motors, where you would have a series of those belts coming off the crankshaft, each to their own individual accessory group (alternator, a/c compressor, etc).

See how the belts are staggered? 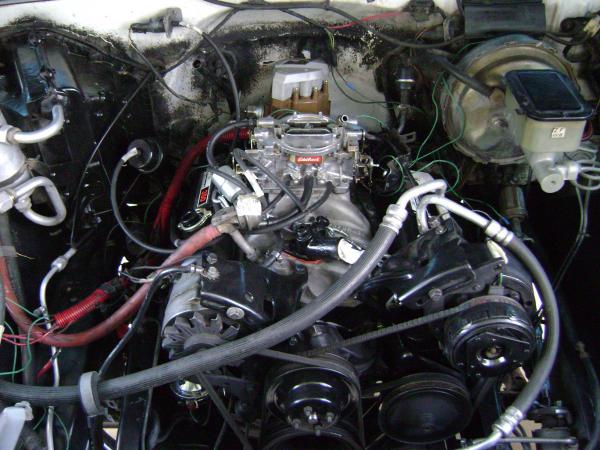 Serpentine belts are much thicker by comparison and generally unify all accessories under one belt system. 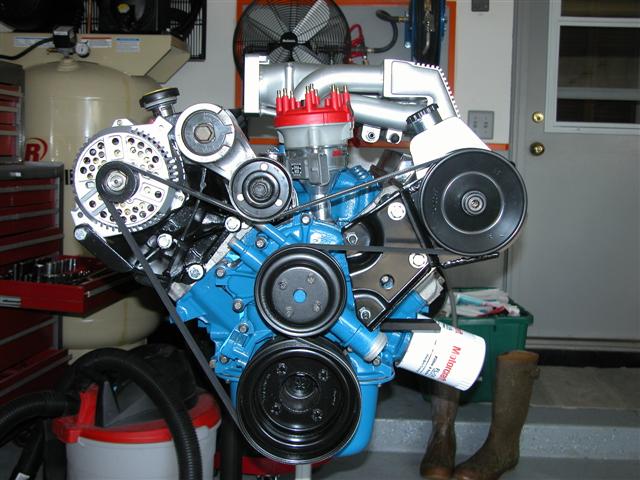 V belts also derive their name from the cross-section of the belt itself. In the first photo above a V belt will ride in grooves on the pulleys. Serpentine belts don't have this same cross-section because as you can see in the 2nd photo both sides of the belt come in contact with various pulleys.

Get ready for some awesome ASCII artwork of a V belt cross section: :)

It's vertical dimension is what I'll call thickness- and the serpentine belt is much thinner (ie less thick) than the V belt. It's width is double or triple that of a V belt- making it more ribbon-like.

It typically has 6 groves across it's width dimension and these run in complementary grooves atop the pulleys attached to the front of your motor.

It's debatable but serpentine belt systems are considered superior to Vbelt driven systems. I'm sure there are plenty of cases of Vbelts dramatically outperforming serpentine belts, but in the modern car with modern engine ( 1980 onwards) will be mfrd with serpentine belts.

Not the answer you're looking for? Browse other questions tagged belt or ask your own question.

4
How can I remove Factory Air Conditioning from a 1965 Mopar Big Block
6
2006 Cobalt SS - Serpentine Belt Broke, How to Diagnose
1
Honda Odyssey 2003 makes squeaking noises on cold start
3
Removing a Viscous Fan without the serpentine belt (1998 Land Rover Discovery)
0
How critical is a Serpentine belt replacement and is it worth $400
5
Cam Belt vs Belt Drive vs Serpentine Belt vs Fan Belt vs V Belt vs Timing Belt
13
Are belt conditioners safe?
4
Can a loose serpentine belt damage my power steering
2
tightening belt tensioner after fitting new timing belt