I've been putting cars up for 50 years, using various jacks and then blocking under the frame. I'm not bragging - some of that was wrong (blocking under the control arm) - but no disasters. I have never understood jack stands WRT (With Respect To) unibody cars.

On the Cobalt, there is a cross-member at the front of the cradle. Do ppl put the stands there? They'd have to be considerably higher, and there are times when they'd be in the way.

Obviously, ppl (People) use jack stands. So, what am I missing?

If you want to use something other than a Pantomime Jack ("Widowmaker") at the factory pinch-weld Jacking/Support locations, you should use a high-quality Pinch Weld Adapter (Link only for reference, not brand suggestion) for Jacking, and a Flat-Top Jackstand with a Pinch-Weld Adapter for Supporting the vehicle.

I would say that the jacking points are where the jack stands need to be placed, as per the image found here for a 2005 Cobalt.

My recommendation would be to: 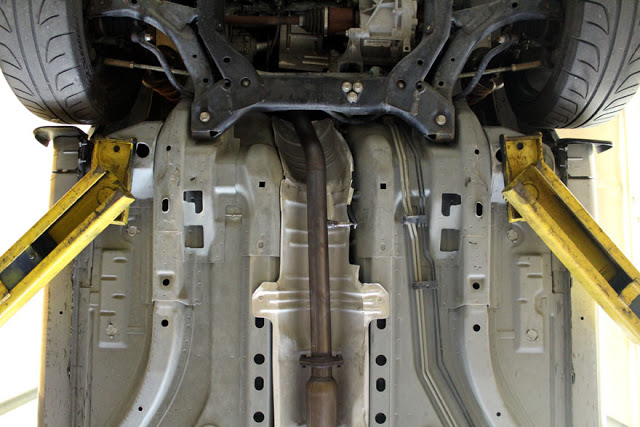 I've been driving/servicing my unibody cars since the mid 80's. I have a true professional quality AC floor jack, with a very long reach & lift height. I've always found the rear engine cradle to be very beefy, a good spot to lift the entire front end. See white circle in the attached pic. My current car is a 2019 Kia Forte, with the typical "jack at the pinch weld" spots, as when just changing a flat. The obvious problem with that "put the jack stands under the lift point" is that you can't DO THAT when the JACK is holding the car up at that point! - Dan 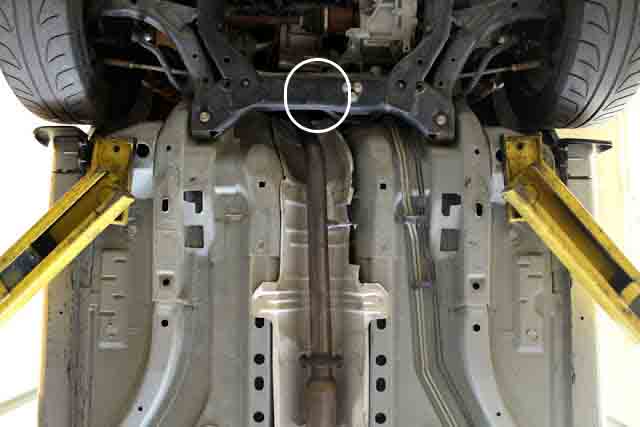 Agree about the 4 arm lifts. Great if you have one, but few non-pros have that kind of $$$ for this. I lift the vehicle at the cross member (see previous post) or rear axle/suspension mid-point, then lower the car down onto 2 jack stands positioned under the crimp jack points. Here's a weird thing I found years ago that enables using the typical jack stand in those pinch welds w/o damage. Bought 4 of these very firm rubber "lifts" used on coil springs to jack up the rear end of your '66 MOPAR whatever, then cut a groove in the top (they're TOUGH, had to use an angle grinder!) which makes a perfect base for the pinch weld https://www.oreillyauto.com/detail/b/rideeffex-4975/accessories-16449/truck---towing-16781/trailer---towing-16648/coil-spring-boosters-18985/9b72fb72afbd/superior-rideeffex-2-5-inch-spring-booster/181701/4740171?pos=2 See pic 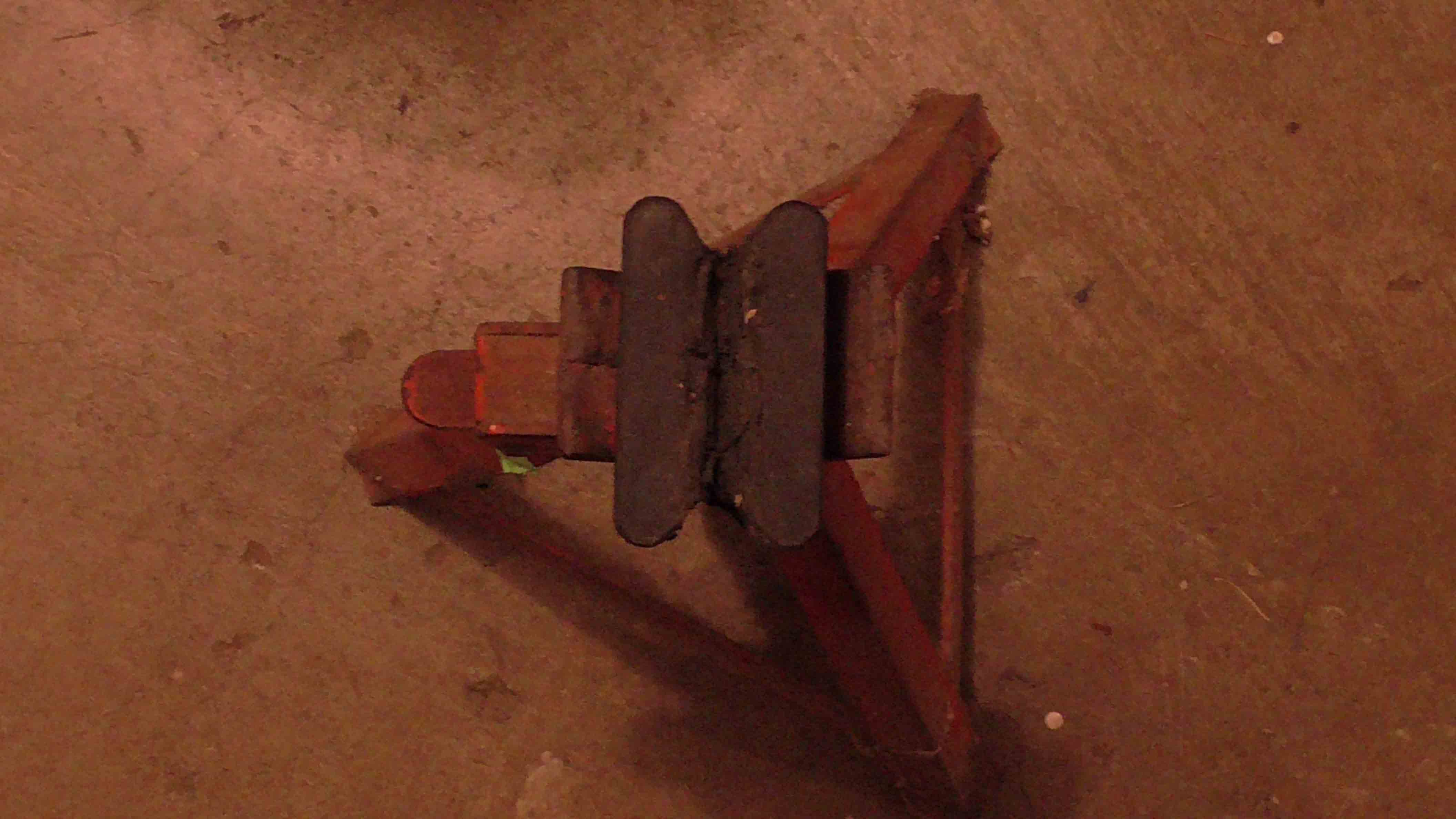 Not the answer you're looking for? Browse other questions tagged jack-stand or ask your own question.