Engine temperature not as stable after radiator change

After having my old radiator changed with a brand new one (because of a crack), it seems as the engine (coolant) temperature is not as stable as before.

Old radiator 'stats': Almost always stable at 90°C (194°F)
This includes standing still in traffic for a couple of hours. It would maybe change a few degrees. When cruising at 120KM/H (74.56MP/H) it would also stay at almost exactly 90°C.

Now with the new radiator it feels as if when cruising it stays somewhat stable at 85°C. (185°F) and standing still in traffic it bumps to 93°C ish (199°F)
These numbers aren't scaring me, but the fact that the second I can start driving after standing still, it goes down rather fast.

It's never really stable, if that makes sense.

Could this be because some air-ways were blocked on the old one?
Would a new one cool better or faster? (I assume this is the one)

Again, the numbers are 'fine', but the fluctuation is what caught my eye. 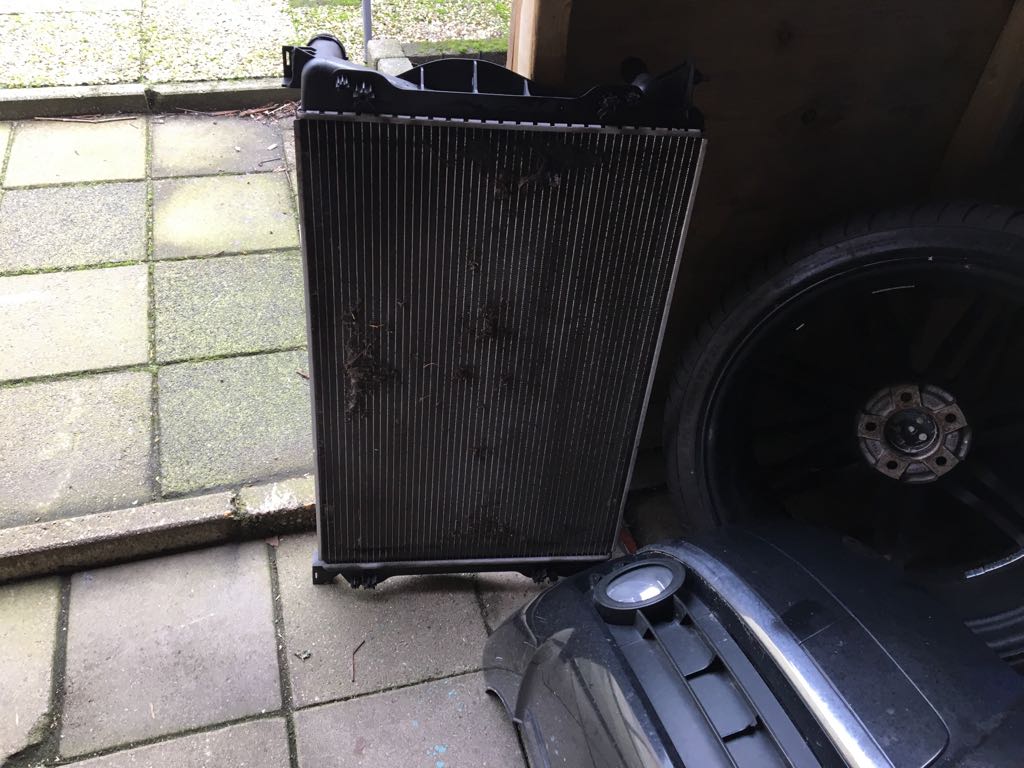 I agree that it is something to not get too frightened about.

It's common for an engine to increase temperature when idling for a length of time since you don't have the airflow from moving and most radiator fans won't turn on until a bit above the middle mark of around 195 F.

You need to finish bleeding the air from the system. Make sure you constantly check your fluid level in the radiator after every 10 - 20 miles and fill it. Make sure you check it when car is cooled down. Also make sure you use the recommended coolant for your car. Honda's are known to run 100% better on their type 2 fluid, its blue. Chevy trucks and GM vehicles run with Dex-Cool which you do not want to mix with other types of coolant. Good luck.

Not the answer you're looking for? Browse other questions tagged radiator audi temperature a6 or ask your own question.