Help! Removed the wrong terminal and sparks flew...am I screwed? 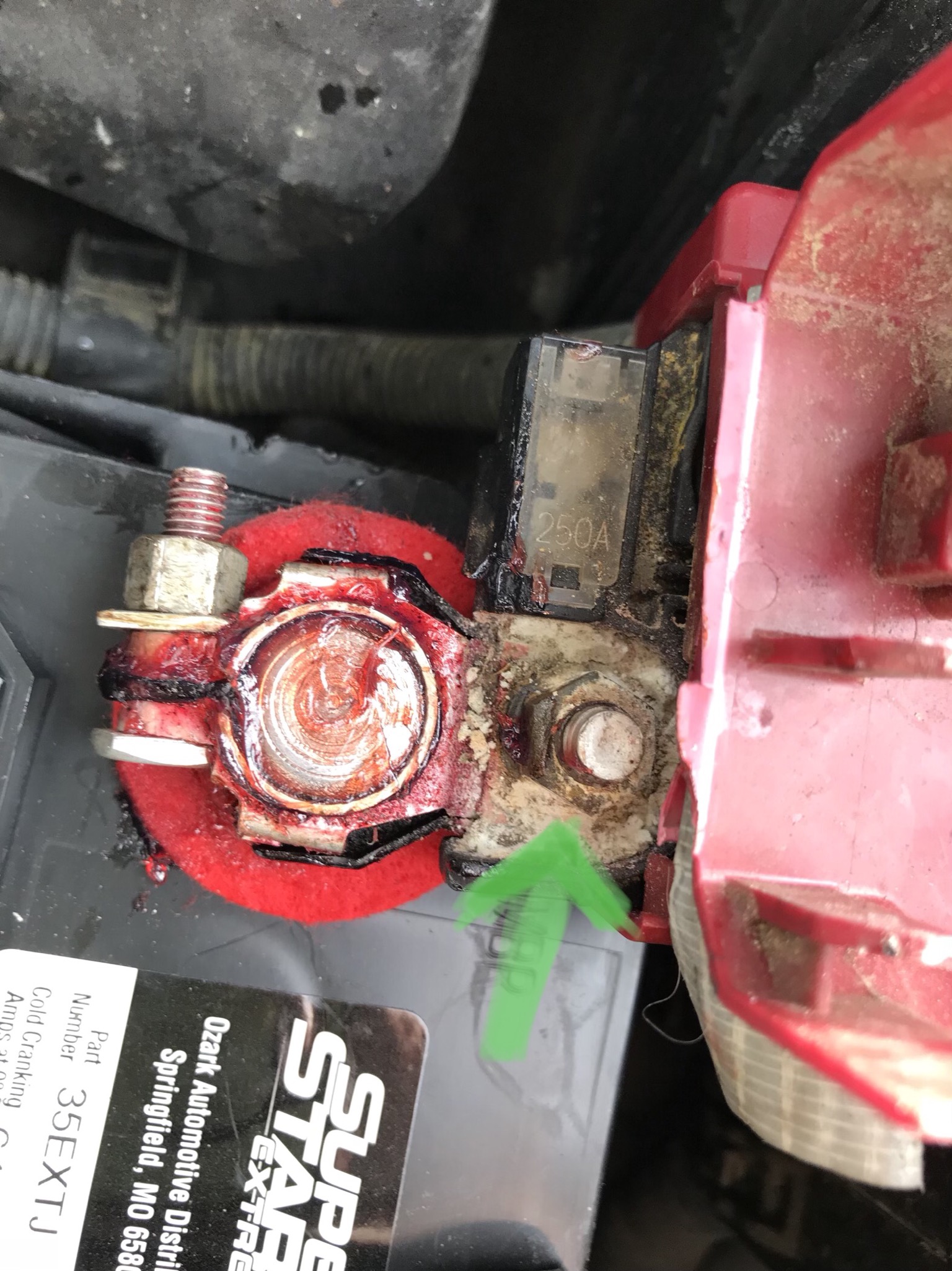 The sparks you saw are the result of a poor connection between the clamp around the battery post. The electricity then attempted to flow between the battery post and the marked location, which it would do in ordinary circumstances. You probably caused zero problems other than an elevated heart rate.

Before you stick a wrench in there again, disconnect the negative terminal. Once that is accomplished, you can continue with your tasks. I see no need to have a mechanic examine the "problem" as there is really no problem.

When you've completed your cleaning, secure the positive terminal before the negative. Expect some small sparks when attaching the negative terminal, as most cars today draw some current even when turned off.

Not the answer you're looking for? Browse other questions tagged electrical battery or ask your own question.

10
Lots of sparks and heat when jump starting a car
20
Should negative trickle charger clips be attached to the battery negative terminal, or ground?
4
Corrosion on positive terminal and cable
5
2002 Mazda B3000 (Ford Ranger) Not Turning Over, Flickering Lights
5
Car seems to have completely dead battery, tapping the negative terminal restores full function
1
Trickle charging with positive and negative on the same battery terminal
0
Dead battery, reversed polarity on jump, won't turn over with correct polarity
0
white powder around battery but not on terminal. Is the battery bad?