What Mitsubishi van is this?

Does anybody know model or year? 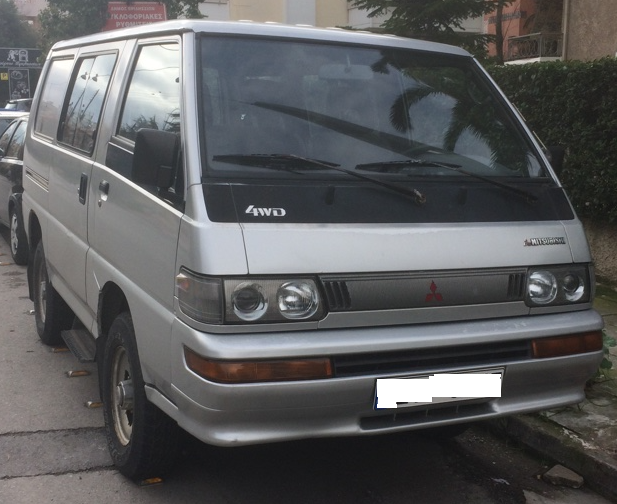 Pretty sure it's this one: https://en.wikipedia.org/wiki/Mitsubishi_Delica I guess it's the third generation of the Mitsubishi Delica, pre-facelift.

Also the country where it's from narrows down the options, as they look a tad different from each other depending on the country.

It's a 3rd generation Mitsubishi Delica (L300), hard to tell exact year from that pic but I'd say pre-facelift (so pre-98) and the twin headlights suggest it possibly being the US version, which would have been badged as a "Wagon" since that appears to be the passenger version, the cargo version was badged (imaginatively) as the "Van" and that would place it 1987-91 (ish)

Not the answer you're looking for? Browse other questions tagged car mitsubishi 4wd vehicle-identification or ask your own question.