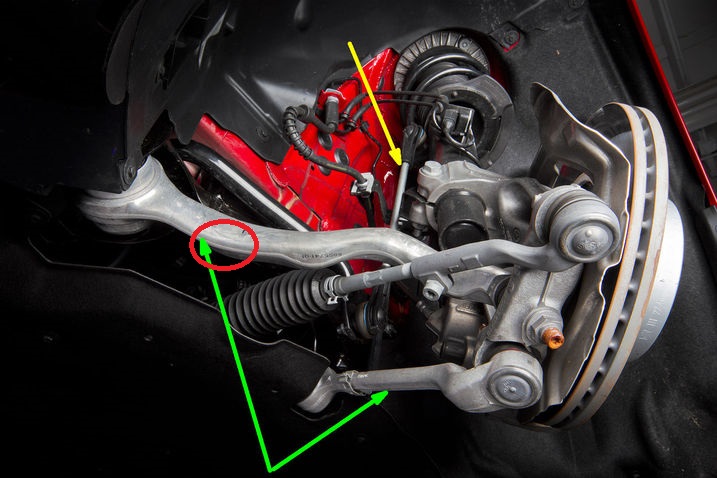 From then on, I need to keep the steering at about 10 degrees offset to the right for the car to drive straight. Occasionally, the steering wheel gives a feel that it wants to steer clockwise when the car is about to come to a stop while braking. Rarely, under certain conditions, the steering sharply steer clockwise up to 30 to 40 degrees offset to the right. This event only happens on a specific place of my usual route, when the car is under braking and about to come to a stop under a slight right hand turn. Also the car feels lighter to steer clockwise than steer counterclockwise. The steering seem to have some slack between 5 and 10 degrees. However, if I align the steering for it to go straight, it will go straight if I release the steering wheel. As well, the car doesn't veer during a high speed braking whatever the braking input.

From the above description, what could the issue be? a bent control arm? A shot ball joint? Worn bearings? And can this compensated by a wheel alignment?

Edit: Clarification regarding the confusion between the description and the picture.

Browse other questions tagged suspension wheels alignment braking 328i or ask your own question.

2
Vibrating sound and shaking when turning the wheel after changing timing belt?
1
Ran over a curb at speed; wheel is bent and rubs against wheelwell on turns
1
When to get an alignment
8
Car randomly pulls left or right when braking
9
What can cause a steering wheel to end up misaligned, and how to investigate?
4
Knock in driver's side front suspension when reversing out carport and driving down driveway
7
Tire alignment Issue
7
Car pulls to the side when driving or braking on a bumpy road