I can’t get the tailgate alarm to go off on 2014 Ford Escape. Is there a way to bypass switch? Here is a picture of inside latch of two pieces that were epoxied together at one time but was apart when I first looked into latch. 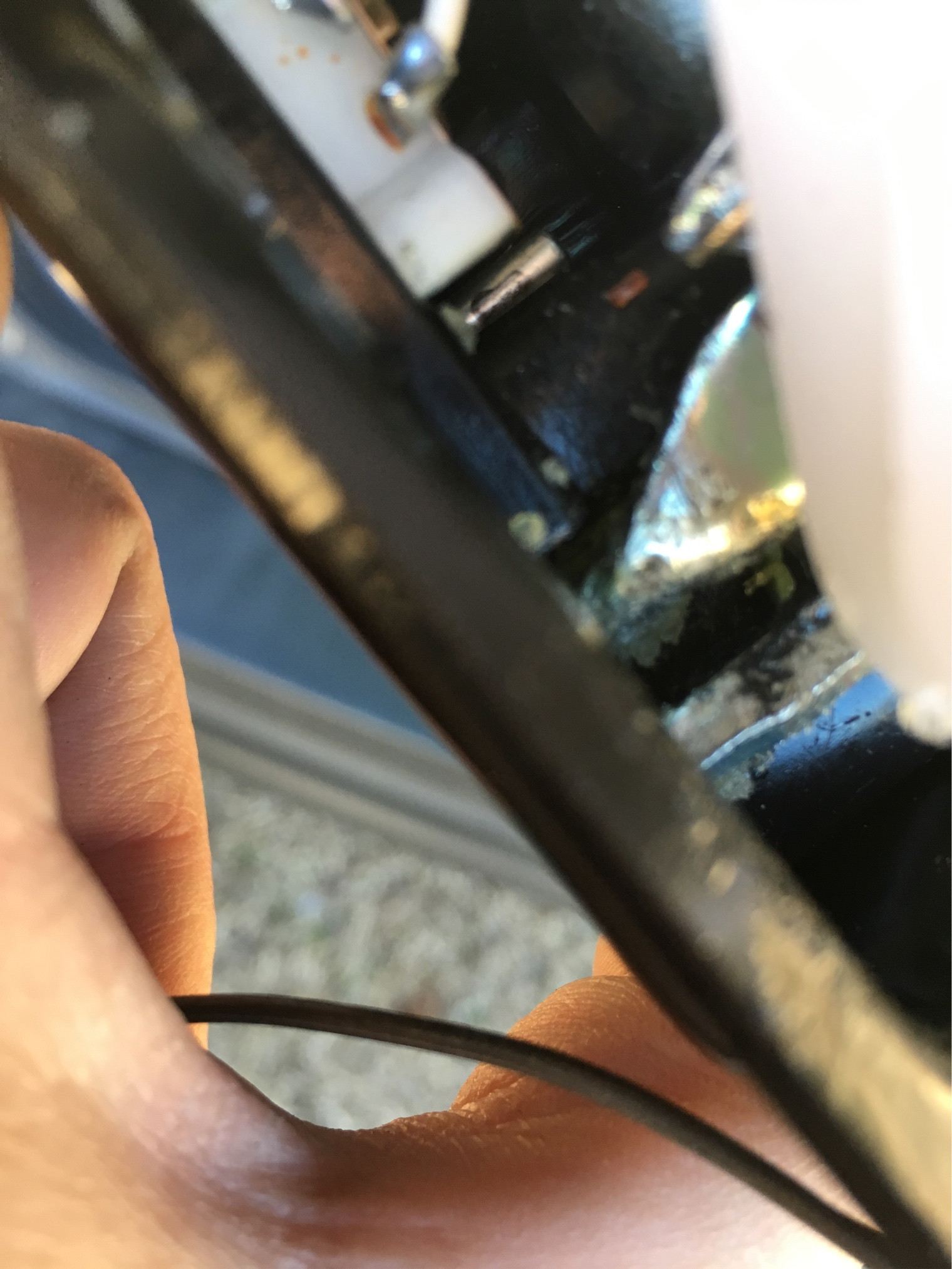 On that MY Escape the BCM looks for a ground on terminal 47 of the C2280B connector. Normally with the liftgate closed it will be. With the liftgate open the circuit goes open (It may have ignition voltage, more than likely it does). You can confirm this by probing terminal 4 (Yel/Org) at the liftgate switch if you can’t gain access to the BCM.

It is best to check the circuit before condemning the latch switch.

Manually close the latch and backprobe the liftgate latch connector terminal 4. It should be grounded. If it’s not check terminal 3 (Blk/Wht) for ground. If you’re missing ground on terminal 3 check for continuity between terminal 3 and the G400 ground in the right D pillar.

If you’re missing the ground on terminal 3 and the continuity test shows the circuit as being open. Check the harness that runs between the car body and liftgate.

If you have ground on terminal 3 and not 4 with the latch closed. You can either replace the latch or short terminal 4 to ground by splicing the terminal 3 & 4 wires together.

Not the answer you're looking for? Browse other questions tagged ford alarm or ask your own question.