I have a 2001 Ford Focus that has some funky problems at idle under load. A nice high-load scenario is by abusing the windows motors (rolling them up while windows are up), which causes the RPM to tank and the IAC kicks in after 200ms or so to keep the engine from stalling. 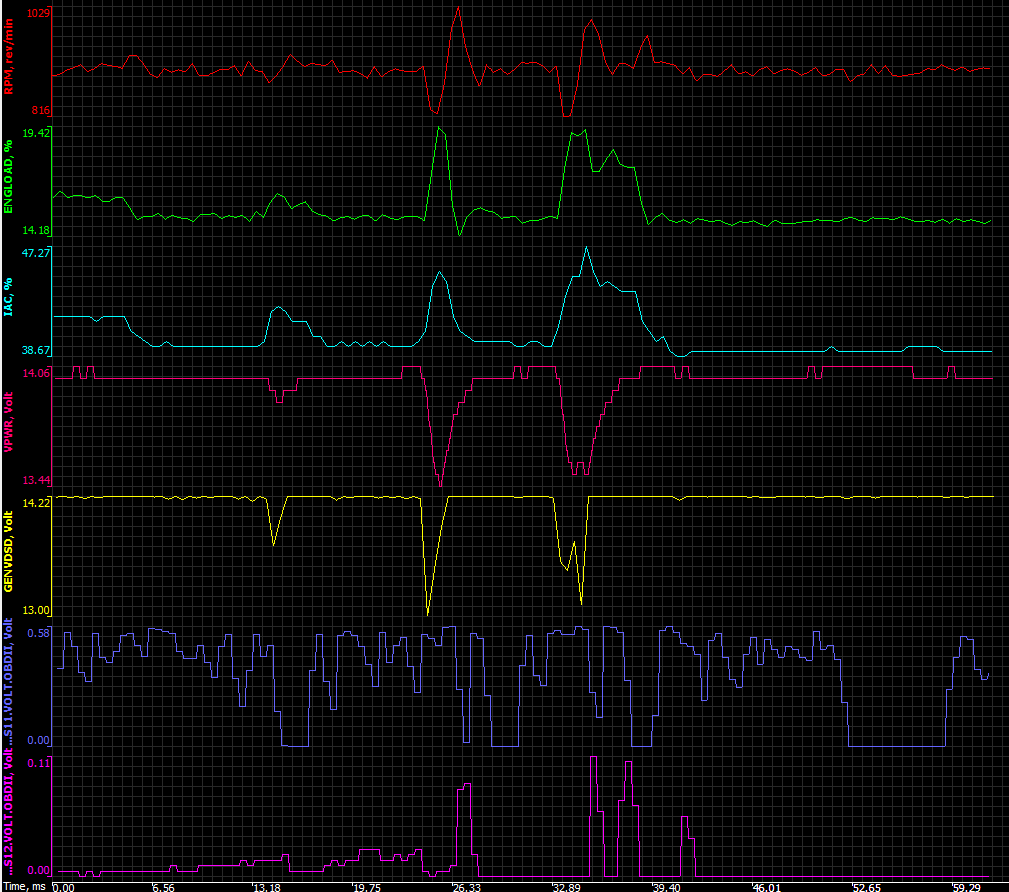 What's weird is on another vehicle (2001 Saab) I see the voltage go down, but the engine RPM doesn't change at all! I've tried keeping my foot on the gas slightly to account for the difference in idle RPM, but still the RPM tanks.

I recently replaced the battery to see if this would help, but no avail.

Why wouldn't these intermittent electrical loads go through the battery?

I will look into the harmonic balancer. It's a mazda engine: Rough idle only under load

Other issues with car:

The titles for the chart are:

Tested resistance between battery negative and far end of engine block (< 0.1 ohm) and negative of fuel pump relay (3 ohms), both of which are less than 5 ohms. However I will check voltage next and look around for the ECM.

Not sure what genmon means exactly, but it definitely moves. Also the gencmd (commanded duty cycle of generator from pcm) looks like it takes off too. VPWR is the voltage at the PCM, so I think that's ok. 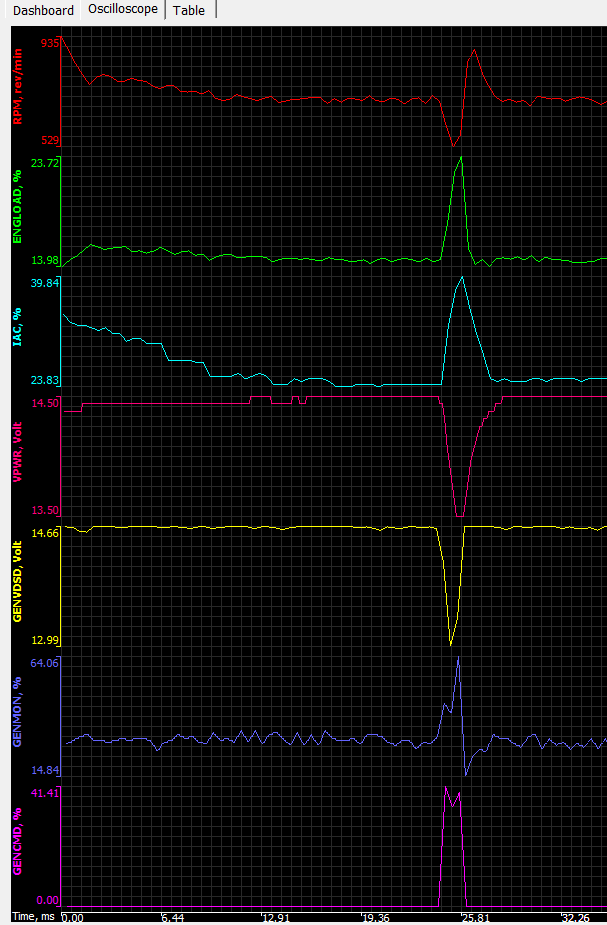 Browse other questions tagged electrical ford focus idle or ask your own question.

8
Rough idle only under load