How much torque can flexible shafts transmit?

I came across some hard to reach nuts and bolts on my car today, it took me really long to get them out. I am wondering if it is possible to use a flexible shaft for such things. The question is how much torque they can transmit without being damaged or broken. The bolts today were torqued with about 30Nm (~22 lb ft). Do you think it would be possible to attach a flexible shaft to a cordless screwdriver and get such bolts out? 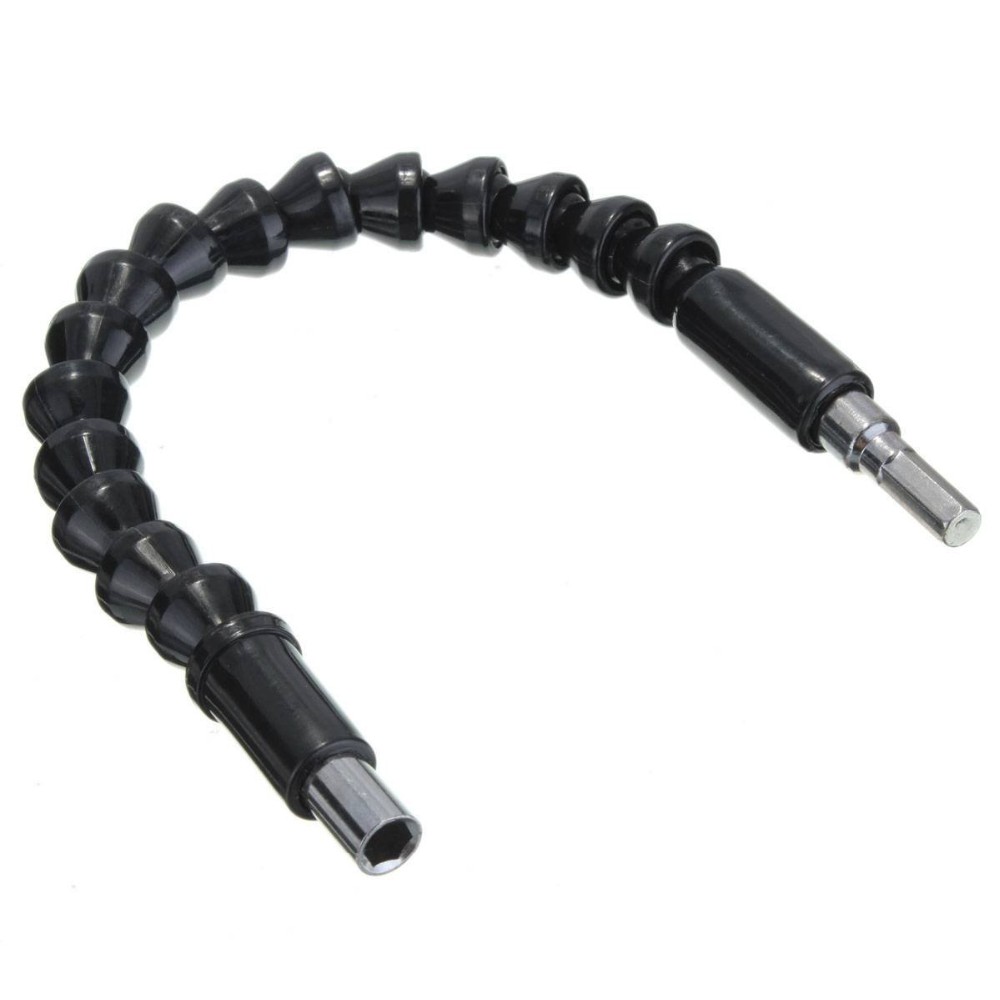 In theory, angled joints transmit all torque. In practice however, the larger the angle the more loss of torque.

The sort of flexible shaft in your image will not transmit enough torque to loosen a bolt tightened at 30Nm. It's meant for screwdriver applications, and even there it's mostly a gimmick.

If you're unable to use a combination of normal extensions, you might want to use something called a "wobble extension", which allows a relatively small angle. You can also try using a universal-joint adapter, which allows a somewhat larger angle.

If you still can't reach the bolt you need to reach, you'll need to remove parts until you can reach it.

7
How much oil will this fluid extractor extract?
3
How can I check if my 1995 Lancer CC GI has OBD-II
6
What is the maximum torque a 1/2 drive can withstand?
4
How can you assure a torque wrench is working properly?
9
Where can I get my torque wrench calibrated?
8
How can I remove perfectly round locking wheel lugs? What tool can I use?
9
How to interpret torque spec ranges?
6
25Nm vs 28Nm - How accurate should a torque wrench be?
4
Can lug nuts be tightened with a powered non-impact driver plus torque wrench?