The car runs absolutely fine: no unusual noises, fuel consumption is fine (terrible but that's usual), power is also fine (WOT on second gear feels as it should).

I thought to myself it's a glitch so I reset the code and it happened again.

On both occasions it was at about 35 km/h when the engine was idle (it's an automatic so it likes to idle on low speeds with no throttle input, that's usual) at the exact moment I applied light throttle.

I know this because it happened twice and I remember the exact moment it popped up and also because I looked at the data in the OBD2 reader (attached screenshots of both instances).

The only thing I found flunky is the STFT and LTFT, they seem way too low, however I don't really know what they mean and why that might be happening.

I drove around on some highways and found that the LTFT is normal (around plus or minus 3) and while idling (stoplight) it goes to minus 10 to minus 20.

Also, from some online searching I found that it might be some PVC oil hose, but if it was the case the engine should have made a whirring noise. The only noise from the engine is from the alternator belt (I sprayed some water on it and it and the noise stopped, and the engine sounded OK).

I also played a bit with the OBD2 looking at MAP and MAF readings and they seemed okay (they also seem OK in the codes attached) so it's probably not them (???)

Any clues what's happening? All help is very appreciated!

I did the test and hoped to find poor suction on the brake booster hose but that wasn't the case: the end of the hose did have quite strong suction (it sticked to my finger as your post said).

I then disconnected the battery and had the LTFT reset, and then the LTFT went to 0% but STFT was -15%-18% (the issue is still present). Actually when blocking the host with my finger the fuel trim values went to -25% so I'm guessing this is not the issue. 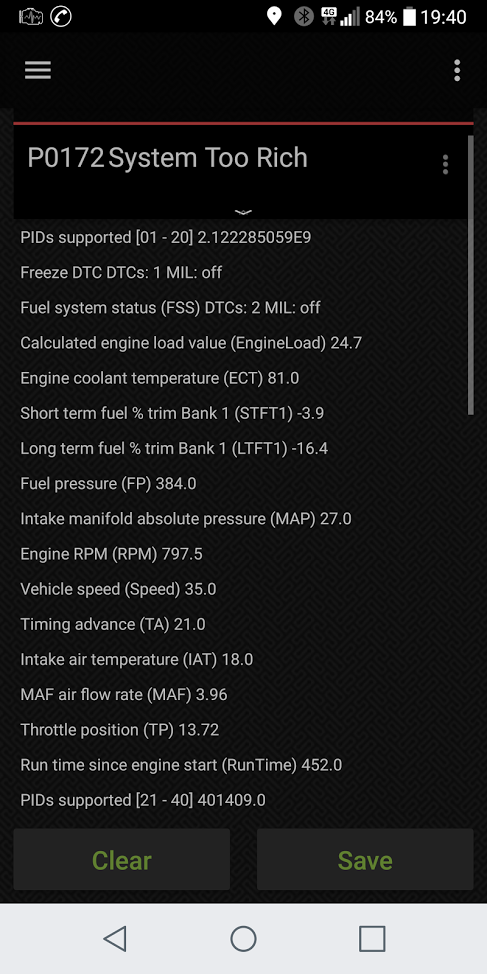 Browse other questions tagged volvo s40 p0172 or ask your own question.