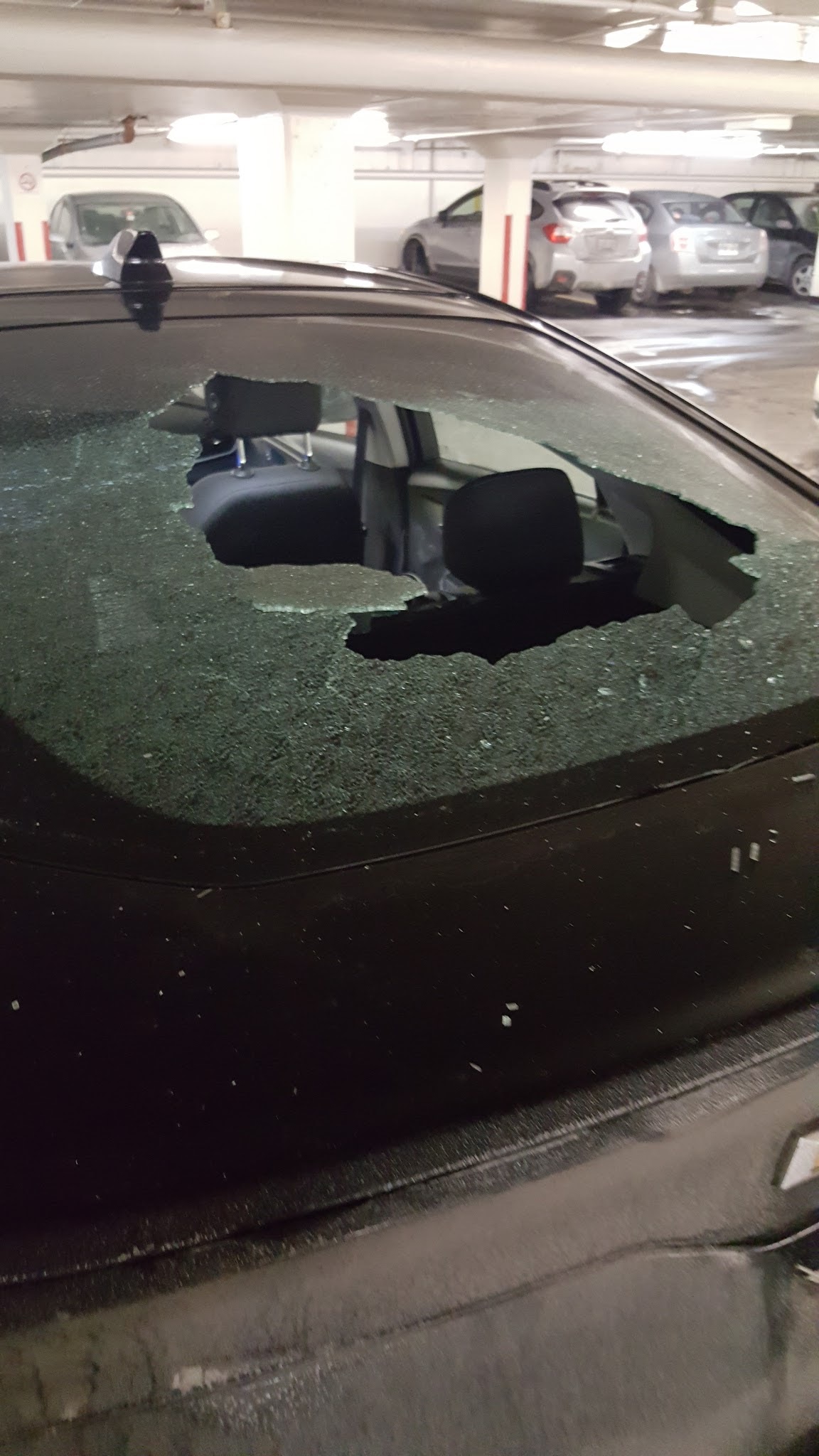 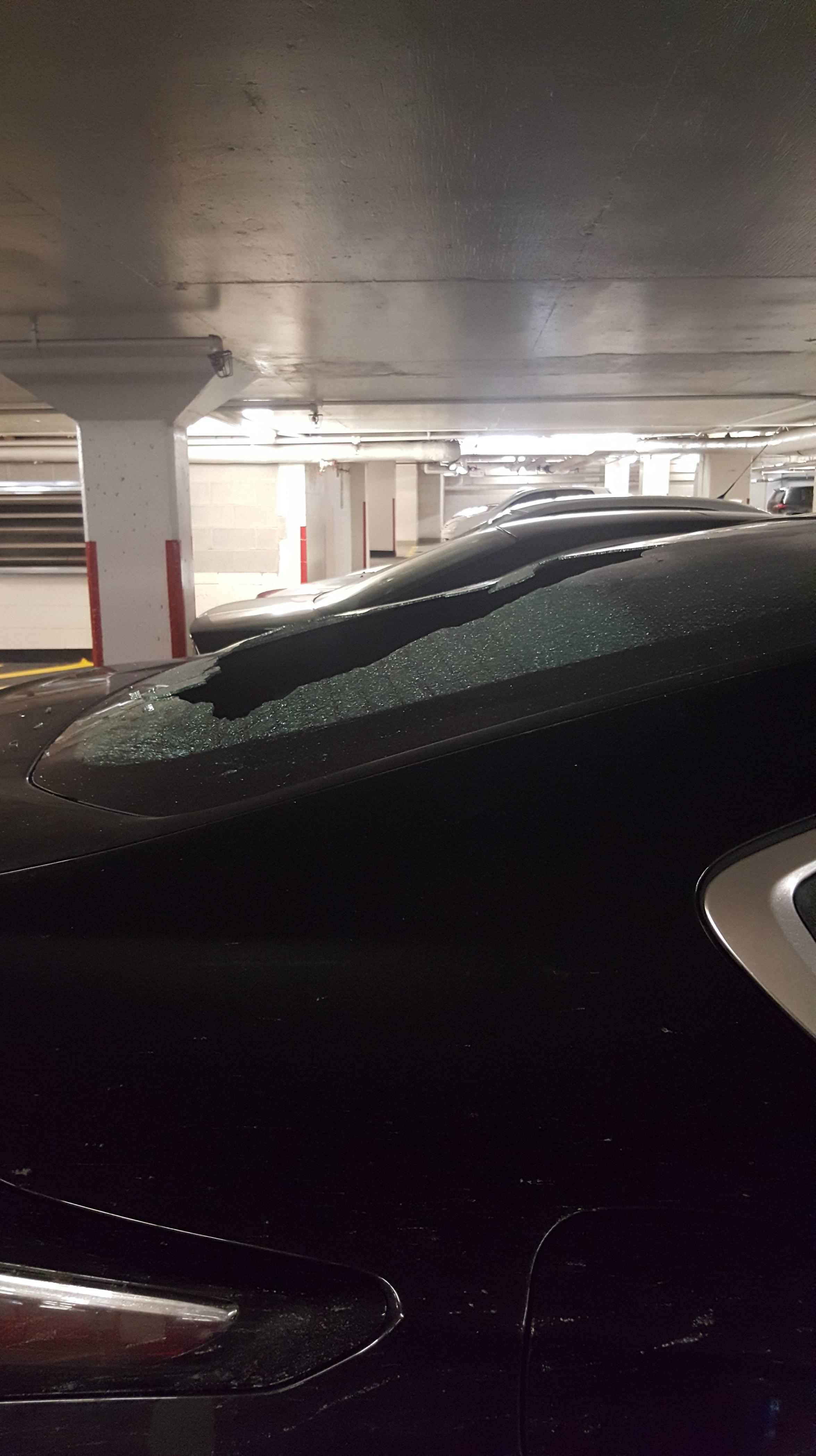 The window was hit by kids with either a ball, soccer, baseball or hockey puck. Or water balloon. It didn't shatter until you moved the vehicle. When living in a condo I saw kids throw a ball at a vehicle from the apartment building next door. As soon as the vehicle moved the next day the window shattered. I also had a relative throw a water balloon from a moving vehicle onto our windshield . We were both moving slowly opposite directions. My windshield shattered.