I own a 1992 Bluebird bus which has a Hurri-Hot heater that recently stopped working and I'm running out of ideas why. When I turn on either switch to activate either of the two fans, a circuit breaker on the panel trips immediately. I can hear it click and I can also see that the voltage cuts off. After roughly 10 seconds the breaker tries to reset and instantly trips. I can hear the periodic click if I leave either of the switches on.

To clarify, there are two fan motors on the heater with two separate switches that are both protected by a single 20amp breaker. Turning on either fan on any setting trips the breaker. Also, I haven't talked about the heat source because it's basically just a radiator (warmed off the engine fluid) that the fans blow air across. They warm up just fine. So I think we can disregard the plumbing.

Here is an overall diagram of the wiring. 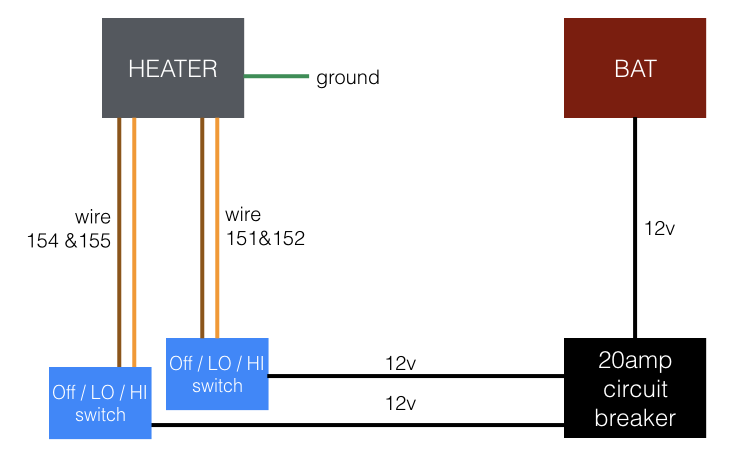 The battery power passes through this breaker. 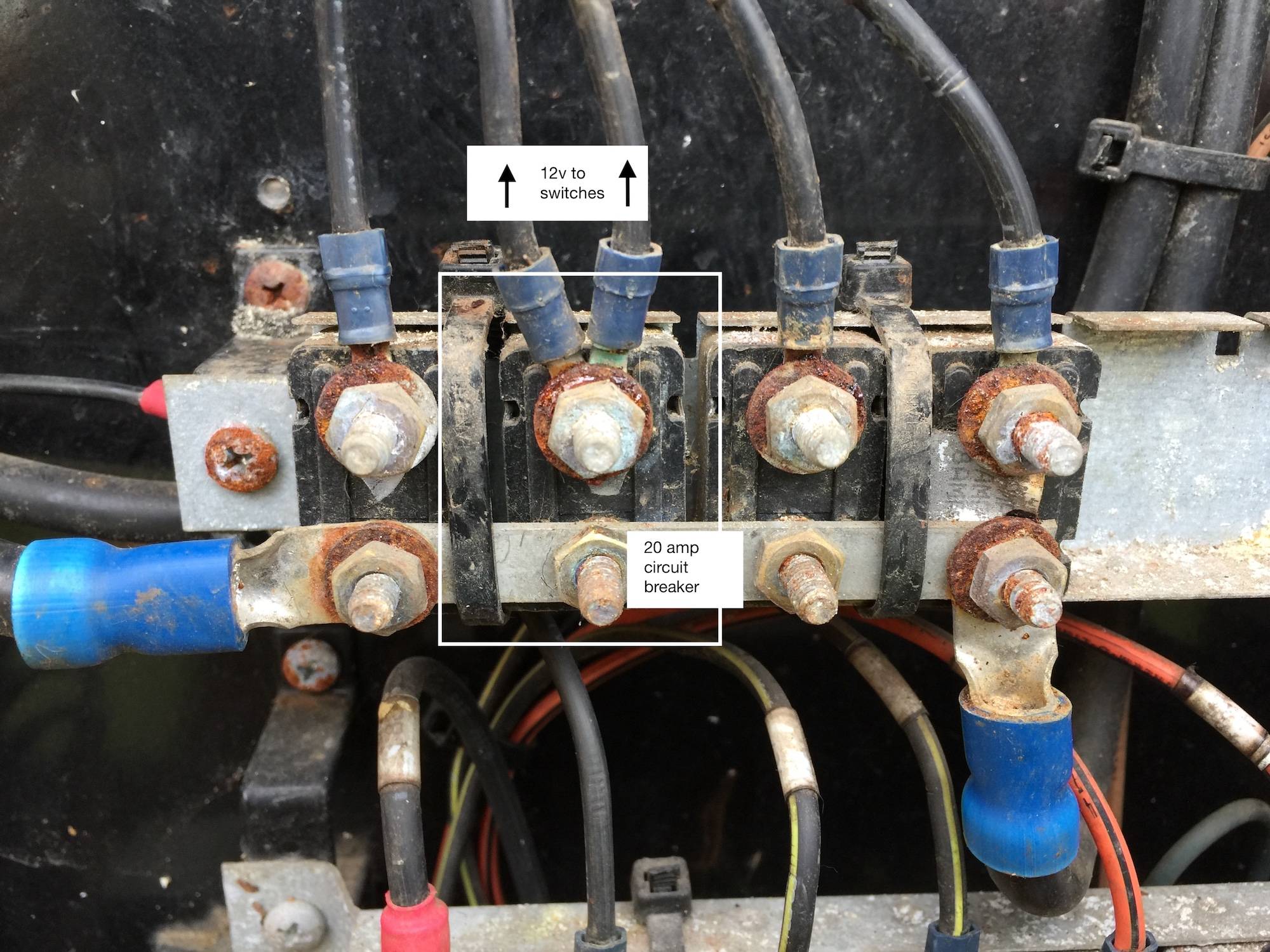 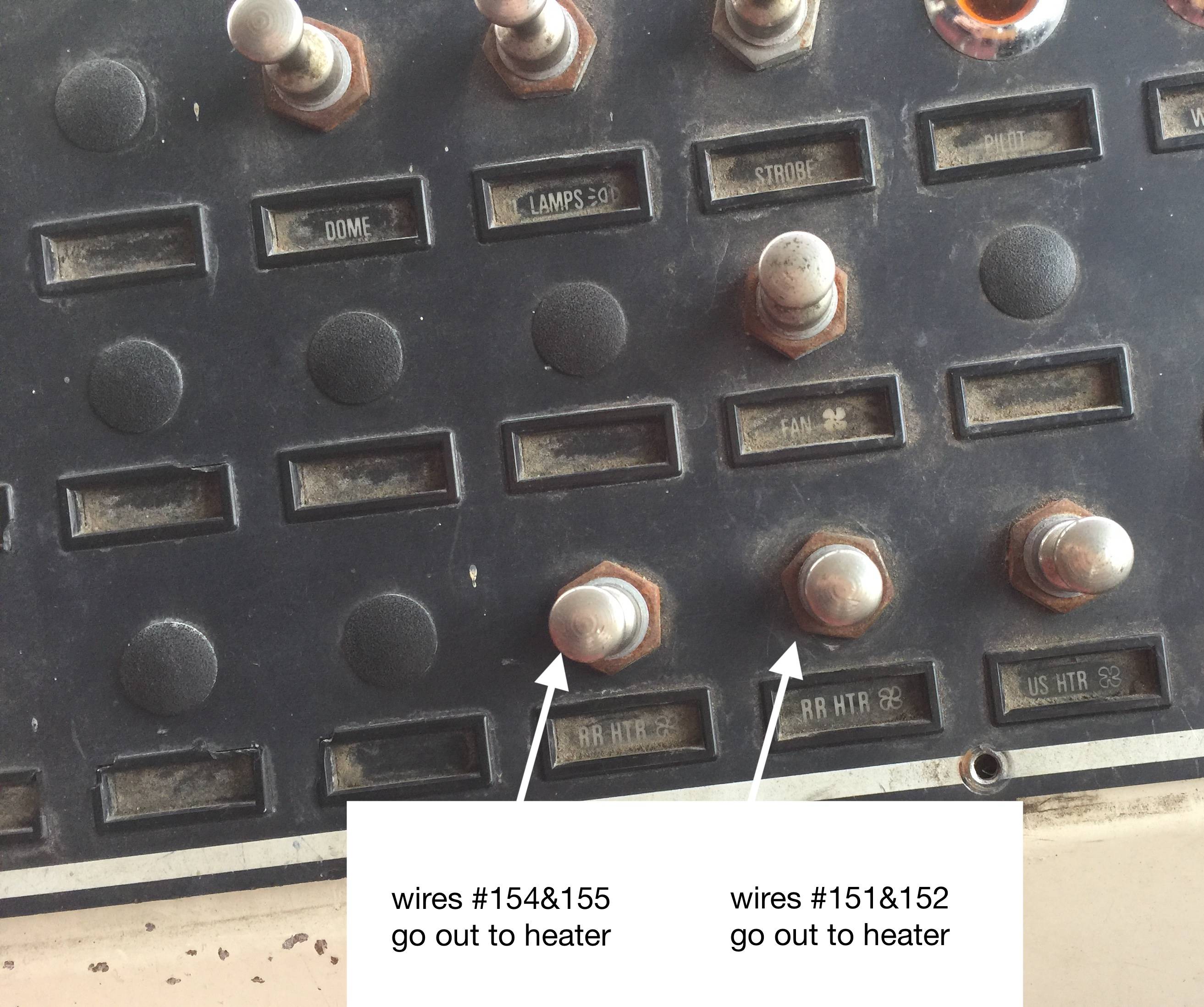 Finally, here are the two fans on the heater that aren't working. I've removed the cover to give us a better look. 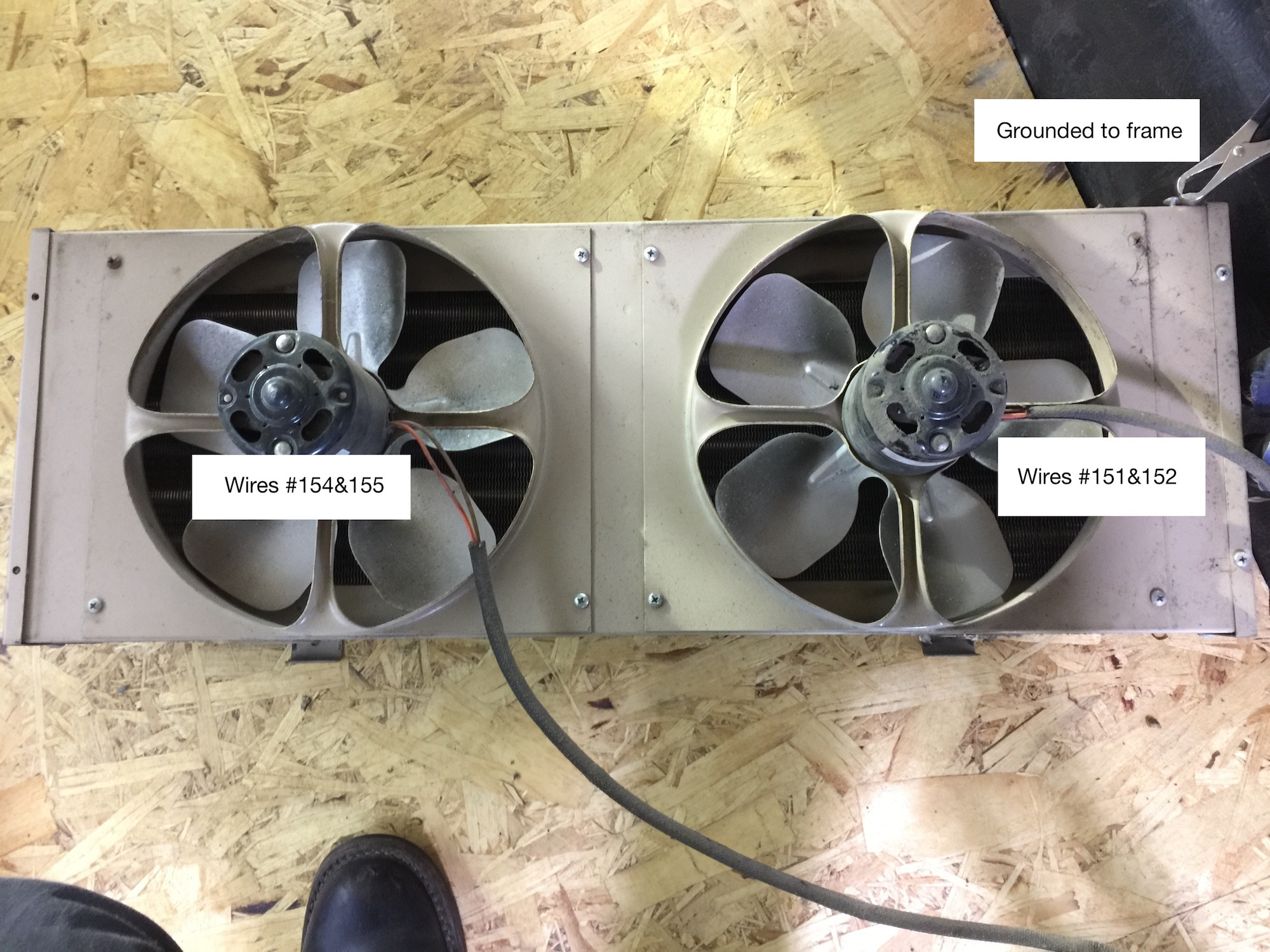 Things I have tried:

So I'm stumped! My mechanic mentioned there might be a short IN the fan motor, but I don't think that's likely since there's TWO motors and the odds of BOTH developing internal shorts at the same time seems unlikely. Also remember, they worked recently and they haven't been messed with since.

What am I missing?? Thanks in advance.

When driving an inductive load like a motor, if the voltage goes down, the current goes up. I suspect you aren't giving the motors the full voltage. Since both fans seem to suffer the same problem, I would start checking for high resistance/voltage drops in the shared wiring (from the circuit breaker back to the battery, and the grounds).

Also, just to verify, those aren't 24 volt fans are they?

Well this is one of those head-smackers...

Most likely they heated up and melted together but didn't show any visible damage from the outside. This was confirmed with lots of testing, but basically my initial experiment of bypassing the wire from the switch was correct. In the end, the real mystery was that I was looking for exposed wire touching metal or something visible. It didn't occur to me that the paired wires were shorting against themselves from inside the housing. Live and learn.

Not the answer you're looking for? Browse other questions tagged electrical battery troubleshooting short or ask your own question.

5
How do I diagnose opened door indicator problem on a Honda Civic 1.8Vti Aerodeck
3
Will low gauge wire to a fuse be a bottleneck?
7
Does a constant blown fuse always indicate a short?
6
Troubleshooting ECU related short circuits
8
Fixing headlight that keeps blowing fuses
5
What is the formula to determine a relay for aftermarket lights?
5
Non-zero voltage on camshaft position sensor power wire without main relay. Is there short somewhere?
1
Modifying air conditioner to run without key inserted? (fan only, not temperature regulation)
1
Moto Guzzi V85tt -- Immobilizer antenna short circuit error B0005 after light install