I have included a picture showing what I have now on this Suburban. Note that there is wiring not shown in the picture which is a second electrical connection to the positive side of the battery heading downward, separate from the connection you see which heads to the fuse (shown in the right side of the picture) mounted near the front of the vehicle.

(If you have a same-model Suburban with the factory/correct setup, you could send a picture as an answer, rather than trying to decode my setup and see if I am fixing it right.)

The vehicle was fine until installation of a dual-battery setup. This was problematic, and since has been removed. It seems the fuse was part of that (mostly) removed setup.

We want to finish removing the old setup by taking this back to factory state. Before proceeding, I want to get some confirmation from you guys that we are planning it right.

So, is this right? What do you need to know from me to make a determination? I am primarily noticing that gray wire on the left which is not attached to anything. I found it completely covered and tied down with black electrical tape, which I removed for purpose of this picture. It was folded over backwards just like that, not connected to anything. 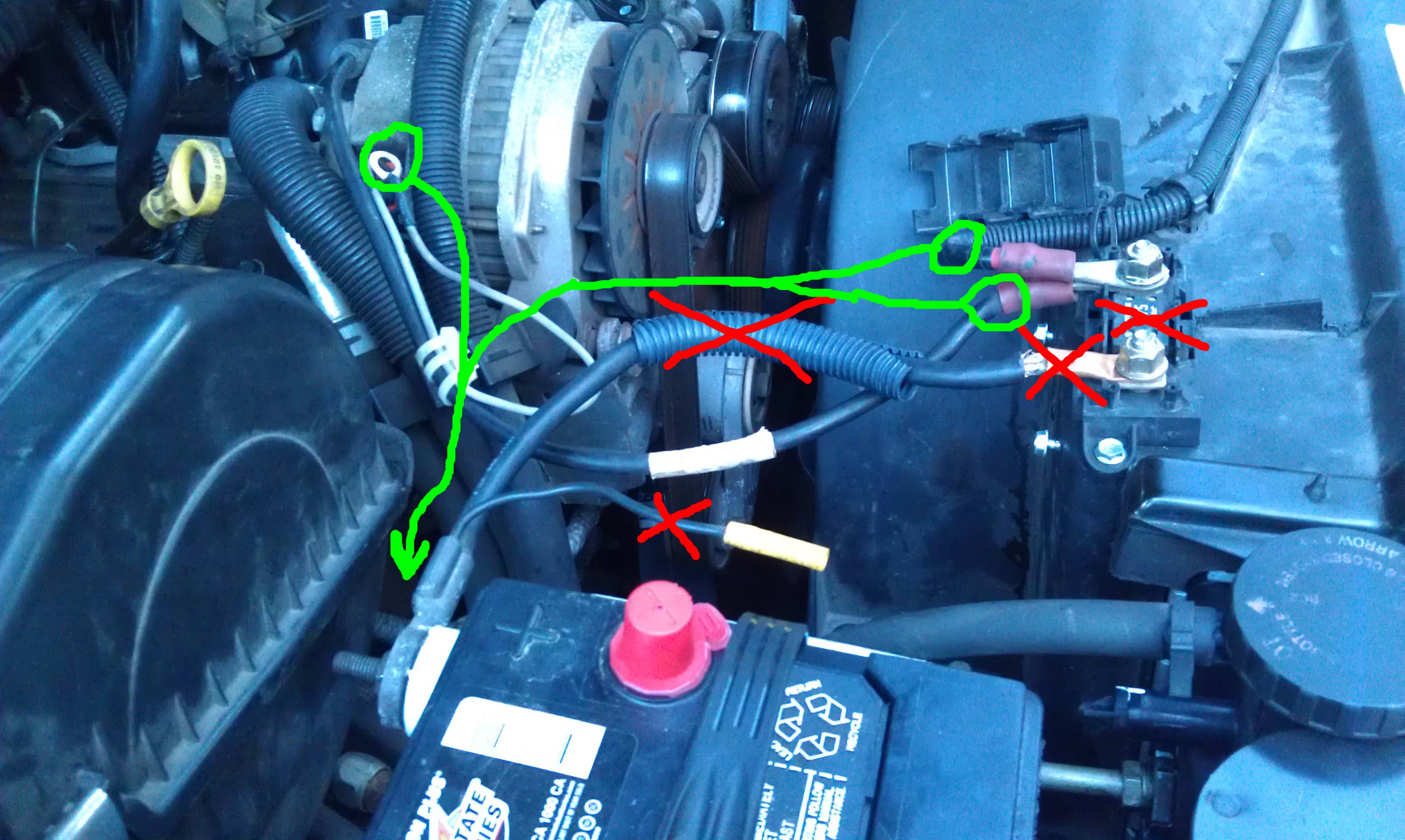 UPDATE Actually, that gray cable looks like it may have been added after the fact, based on pictures on the internet of similar-model alternator replacement jobs. So I am not planning on taping it back up again. I plan on putting the gray cable back in its tape and leaving it disconnected. The rest of my drawing is still part of the plan, and I will proceed when the engine cools down. I also plan to clean the connection to the alternator while I'm at it.

UPDATE Furthermore, I am missing something else, looks like the tech didn't do me any favors. There should be a pro red rubber boot over the positive connection, and something filling these screw holes, just like Larry remembers seeing on a Yukon. (see comments, there should be some kind of fuse box here) 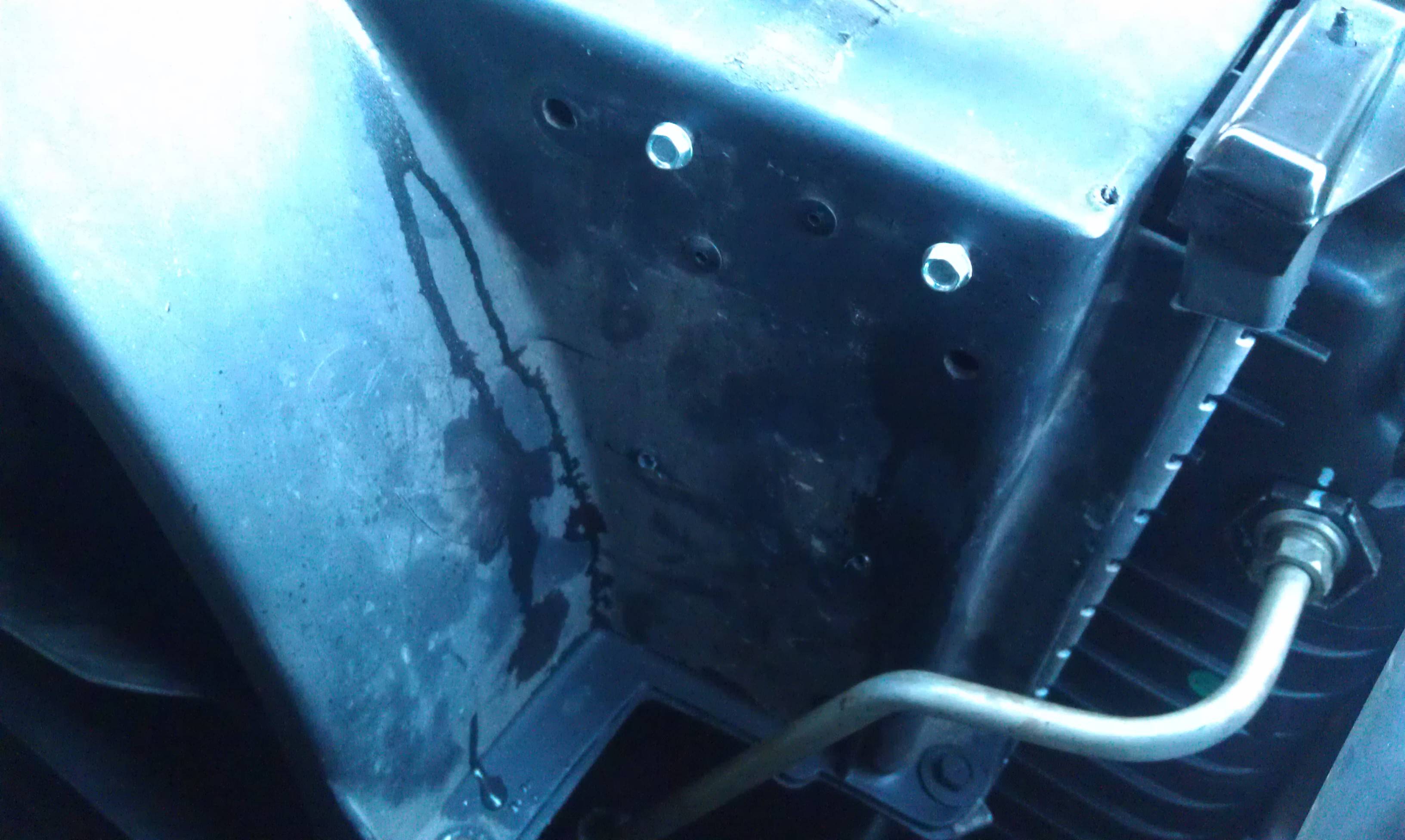 Here is the schematic showing how the mega fuse should be wired in, you obviously don't have the second battery option but that mega fuse is on vehicles with only one battery as well. You can tell for sure by checking the option label (approx 3x5 inch white label with black writing with a bunch of 3 digit codes) in the glove box. If you have ZM9 listed then you have the mega fuse from the factory. 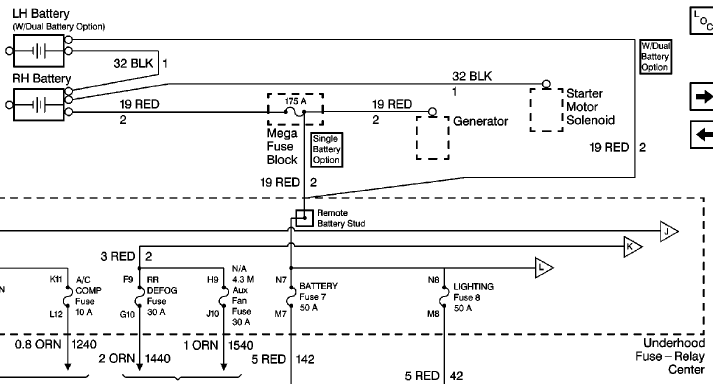 Here it's showing on the starting system schematic, it's clear it's on single battery systems too.

I think yours did come from the factory with the mega fuse and would put it in the original mounting place. That will probably take up the extra slack in the cables you were talking about.

Here is a drawing that shows how the wires are routed. 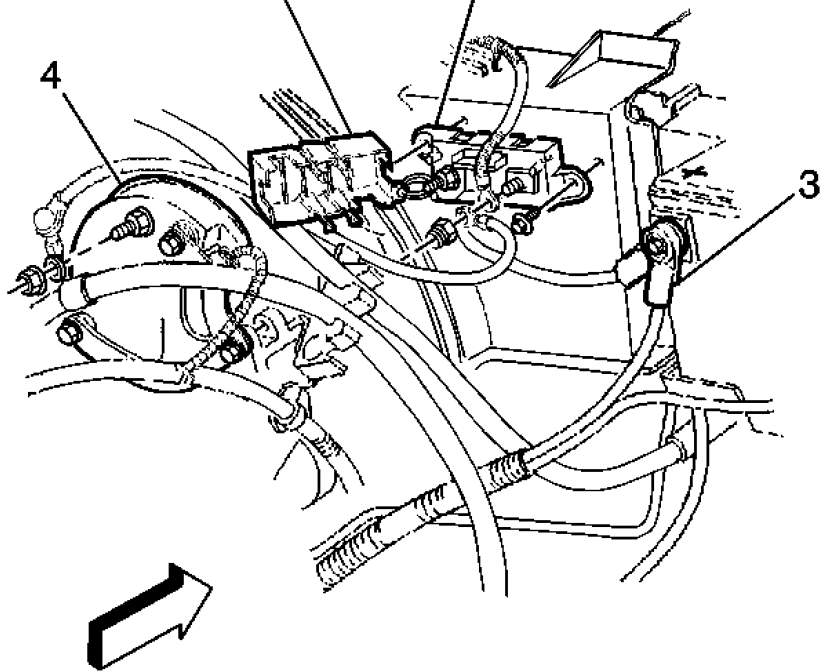 I have included this drawing because it's clearer but shows a double fuse that you don't have. 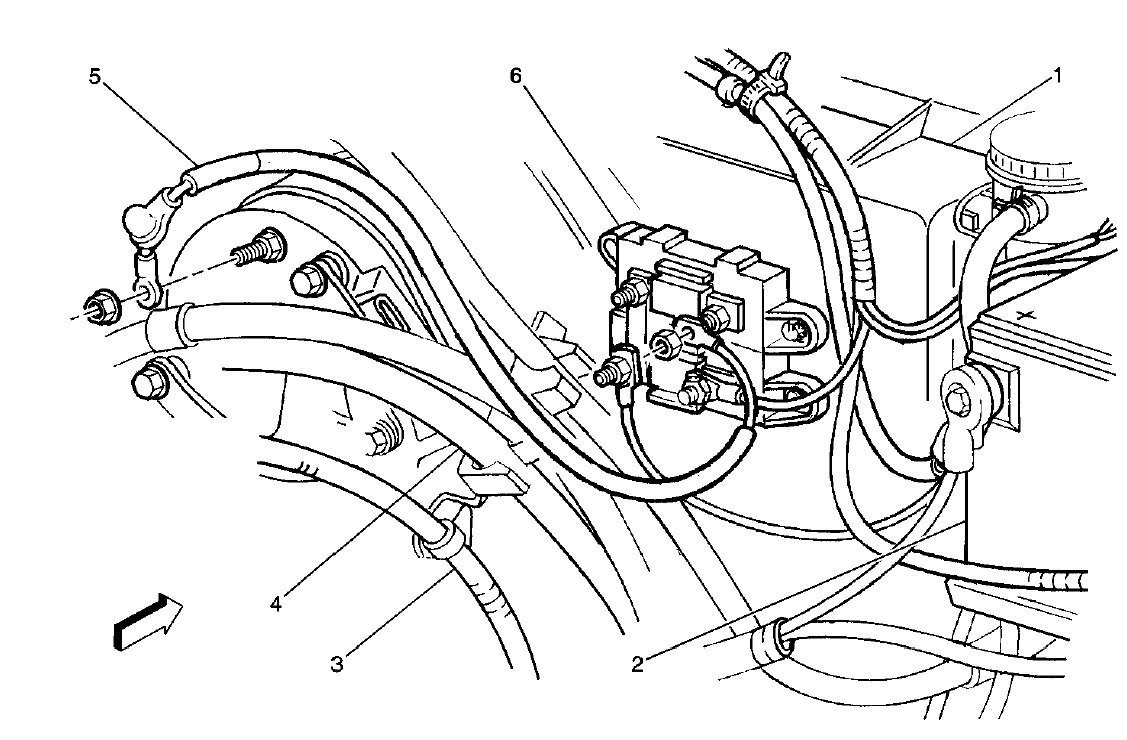 As for the grey wire coming out of the plug-in for the alternator. I have no idea, GM only used one of the wires on gas engines, the second wire is for the tachometer on diesel engines. Maybe at some point someone replaced the alternator plug. I would do as you suggested and not connect it to anything. I have included the picture you posted in the comments for clarification for other readers. 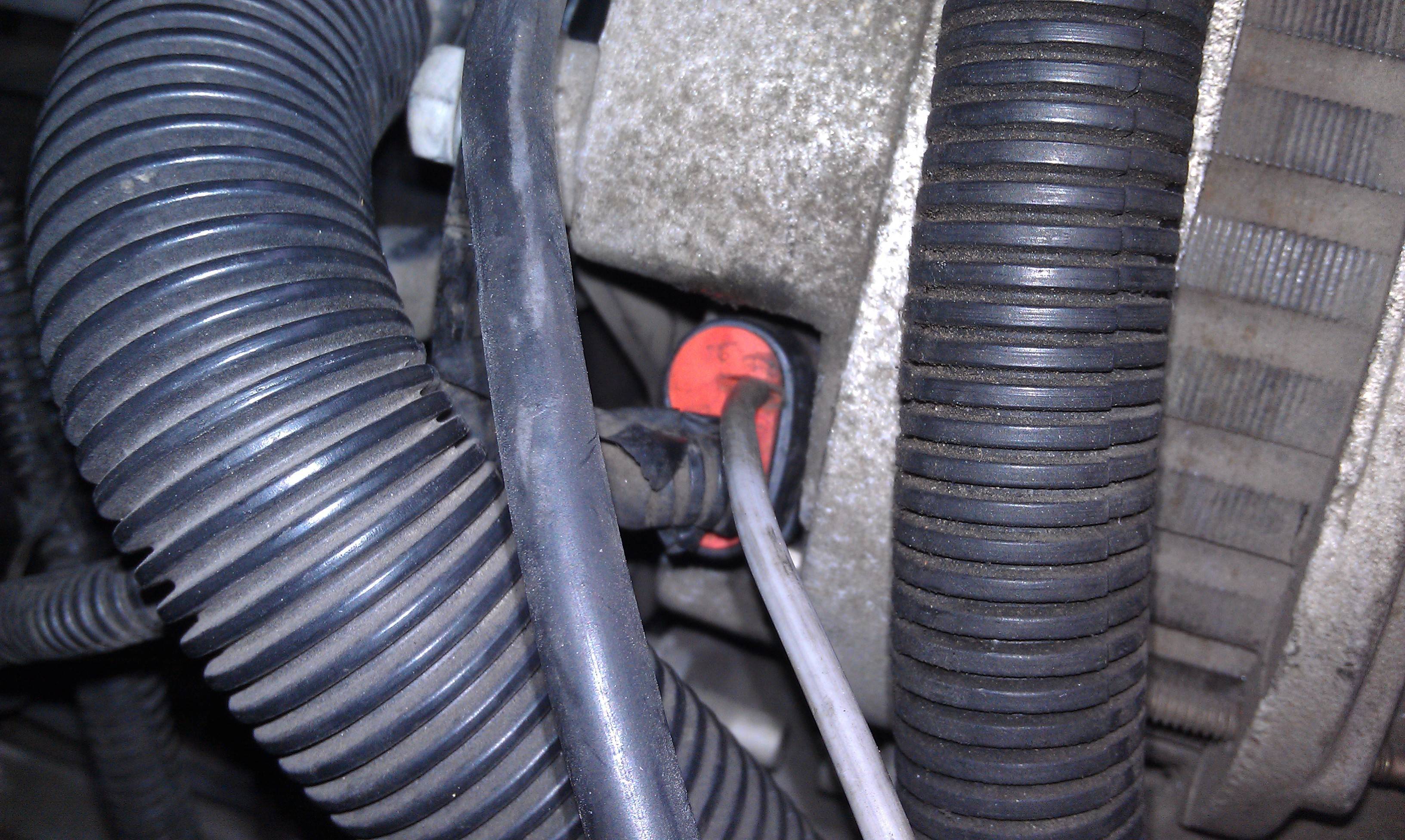 This site http://ww2.justanswer.com/uploads/ASEMaster35yrs/2011-09-27_090930_98_suburban_wiring_diagram.jpgshow a diagram. It show that wire as a fusible link attached to a red wire from the alternator. A fusible link is a wire of a smaller gauge than the circuit it protects. It acts like a fuse but is more difficult to replace as it usually melts to open the circuit.