Would it make sense to put a cold air intake in the 'stock' air filter box?

As seen on the picture right here (left side), there isn't much space.. I was thinking to put the aftermarket intake inside of the 'original' box to avoid engine-heat to get sucked up as well, however I'm not sure if this would be of any benefit whatsoever. 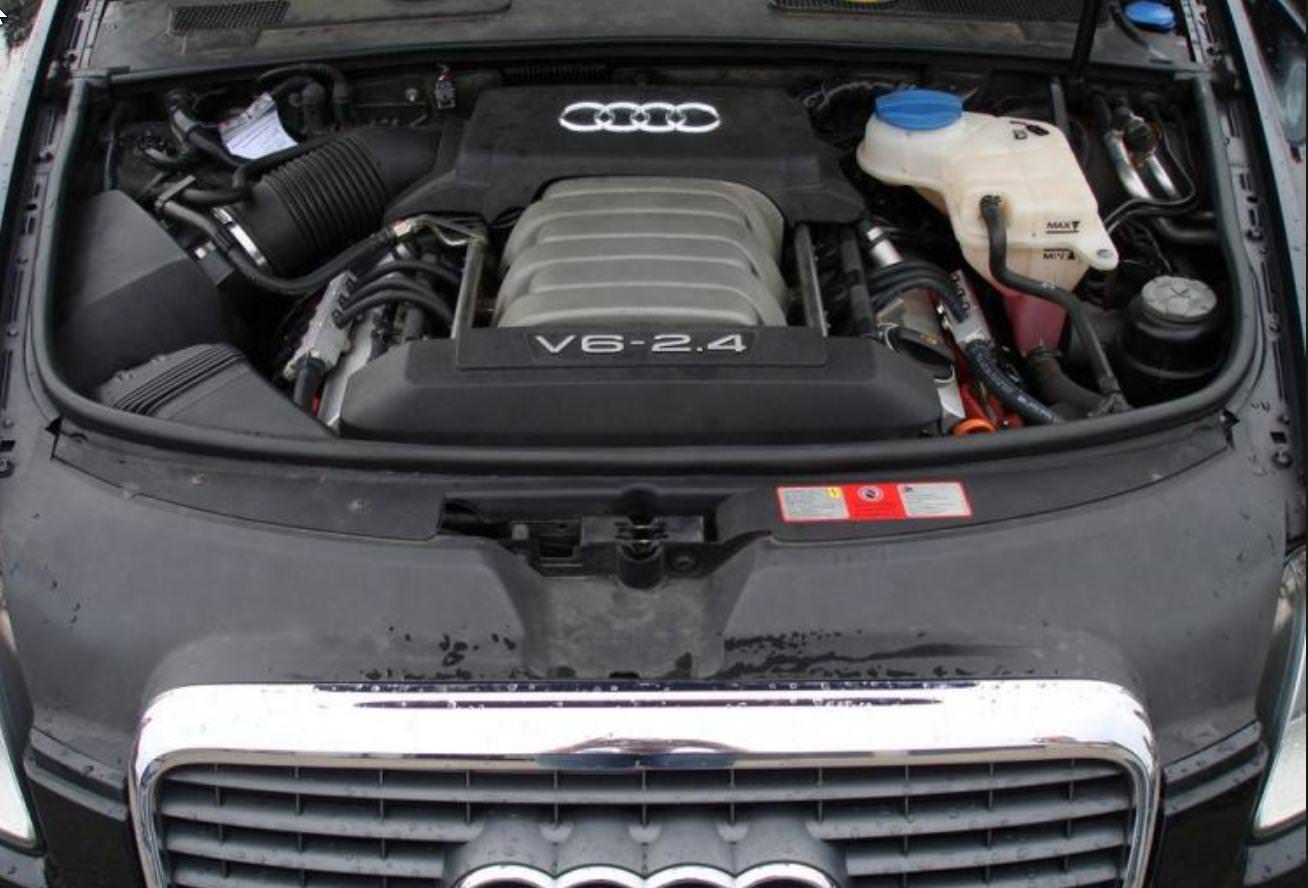 I had an cold-air intake in my A4 B5 and it sounded amazing, even if it weren't beneficial. (Haven't dyno'd it, so I can't prove it gave more/less power)

tl dr: You have to make the call if an aftermarket CAI is right for your car. We can't make the decision for you.

With that said, an informed consumer is a wise consumer.

There are three purposes behind a cold air intake (CAI):

Looking at your engine compartment, it looks like #2 would be negligible. It appears it is already pulling air from outside of the engine compartment. In most cases as far as aftermarket CAI's go, the filter element ends up being right in the engine compartment which negates one of the intended effects of a CAI in the first place. If you are considering using the piping from a CAI instead of the stock piping, then leaving the air box in place, this may be a good option as long as it fits and can be sealed. If you are to do this, the black baffling/piping would need to go because more than likely there'd be no way to fit aftermarket piping into it. A free flowing air filter should be able to be fit into the air box, but it all depends on how it's made and its shape.

Aftermarket CAI's can suffer from heat soak, even if the filter element is not drawing air from inside the engine compartment. In fact, heat soak is usually not considered the air which is drawn into the engine from the engine compartment, but rather the hot air from the engine transferring to the intake tubes which are open to it in the engine compartment. This happens a lot more to those intake tubes which are metal versus some sort of composite material. You'll find the metal tubing is lot cheaper than composite because it's a lot easier/cheaper to make. Thin walled aluminum is really easy to produce in the right shape and is used by most of the "eBay" manufacturers/sellers because of this. The composite ones take a lot more work to get them right. You'll usually find these are of a lot higher quality than the metal ones.

The filter elements are the other concern. Just because you have a conical filter element doesn't mean it will flow better than stock. You should be able to trust manufacturers such as K&N, as they have a pretty solid reputation with their filters. Reusable filters which can be cleaned are a plus, as you can, over the life of your car, have the CAI pay for itself with the savings on purchasing replacement filters. (NOTE: Some will complain about the oil from filter elements such as K&N causing problems with their MAF or other intake sensors. If the oil is applied correctly, there is no issue. People get over exuberant with the oil, and/or don't wait for it to dry. This is what causes these issues, not the oil in and of itself.)

The big thing to remember here is all CAI's are not made the same. Some are going to be better than others. You'll have to do your due diligence to figure out if any of them might be right for your car and perform as you'd expect. Just don't believe everything you see on the internet as far as performance gains and such. Most aftermarket CAI's will be louder (as you've suggested), so keep that in mind.

Mostly, keep all of your stock "stuff" intact ... you may decide you don't like the CAI and want to go back to it. If you destroy it or throw it away, you won't have the option of going back to stock without purchasing new.

It all depends on what you want, the choice is for increased or the same engine protection - stay with stock basically.

Or you want a less restricted air flow so an aftermarket filter but reducing the restriction increases the particles “eaten” by the engine likely to increase wear - but that also depends on how long you keep the car etc...

This makes good reading as they tested various filters under controlled conditions - better than those who say “I fitted X and got Y, so it is the best / worst / fastest etc” : https://www.fastcar.co.uk/tuning/performance-car-air-filter-test/

Not the answer you're looking for? Browse other questions tagged audi air-intake air-filter a6 or ask your own question.

5
Honda S2000 with cold air intake; rain driving
6
How much horsepower to expect from a cold air intake in Dodge Ram
29
When is a cold air intake system beneficial?
12
Cold air intake causing rich condition
12
Cold Air Intake and Engine Wear
2
Air filter box has a hole in it
2
Would restricting air intake reduce fuel consumption?
2
How does Ken Block's Hoonicorn V2 filter air from the turbos?
3
Could broken air filter seal/gasket impair intake?
1
What is the black box between my air filter housing and throttle body?