How do I move this loom temporarily?

I need to remove the thermostat housing in order to replace the thermostat. After much pushing, shoving and swearing I managed to get the three bolts out of the housing, so it's loose - but I can't free it because the loom is in the way. 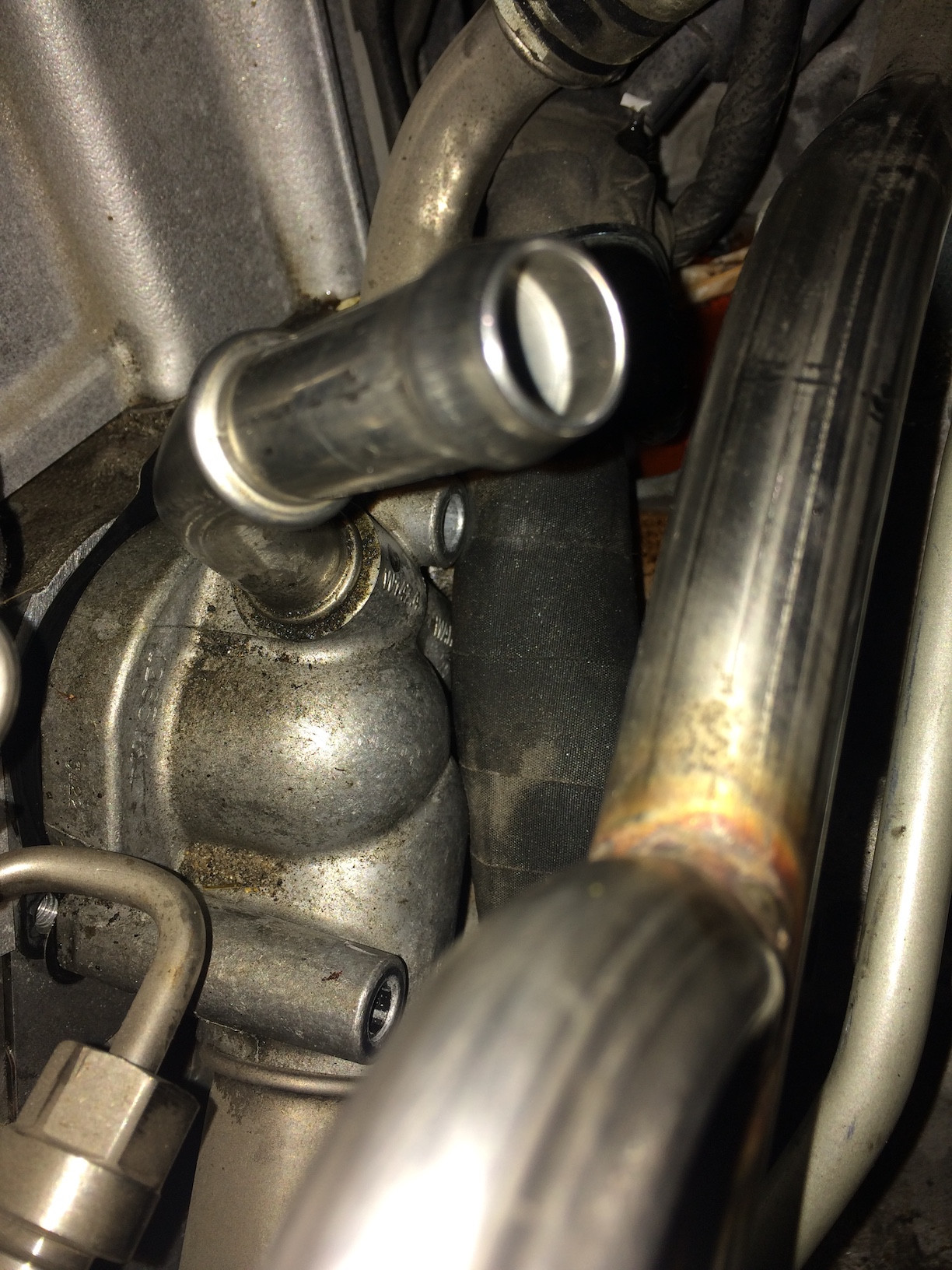 The loom is the black item in the center of the picture, with the thermostat housing to the left. The loom goes to the front bank of cylinders and the rear bank, with a lot of sensors coming off it - given the choice, I'd rather not disconnect them all. Wondering if anyone has come across this issue before, or has any suggestions on how to gain enough clearance to get the housing out?

On reflection, I think my comment qualifies as an answer.

I'm unfamiliar with the engine compartment of your car. But I've wrestled with the same challenge in other vehicles. Often, the loom is located rigidly so it won't contact either a heat-producing part or a vibrating part.

Usually, one can gain additional movement of a loom by snipping or disconnecting the zipties (or other fasteners) that hold the loom in place. Begin where you want movement, and start disconnecting in both directions. When there's a foot or two of disconnection, the loom may move enough to allow the removal and reinstallation of the housing.

Remember to refasten the loom in place when you're finished working.

Not the answer you're looking for? Browse other questions tagged chevrolet thermostat impala or ask your own question.

1
how to temporarily fix a gasket leak?
6
How to know when thermostat is open?
8
How does the thermostat work?
2
How do I choose the correct thermostat?
1
Will this part fit?
3
How many miles dare I drive when power steering fluid is foamy and orange, whining when turn?
3
What component failure could cause this?
3
How to repair this (PCV?) tube?
0
How do I completely turn off the infotainment center in my 2017 Chev Impala without raising the screen?
1
How to repair windshield wipers that get stuck in an upright/vertical position when turned off?