Under the hood of my mothers Renault Kangoo (2001-2010), I found this device, usually covered by the red rubber cap on the right: 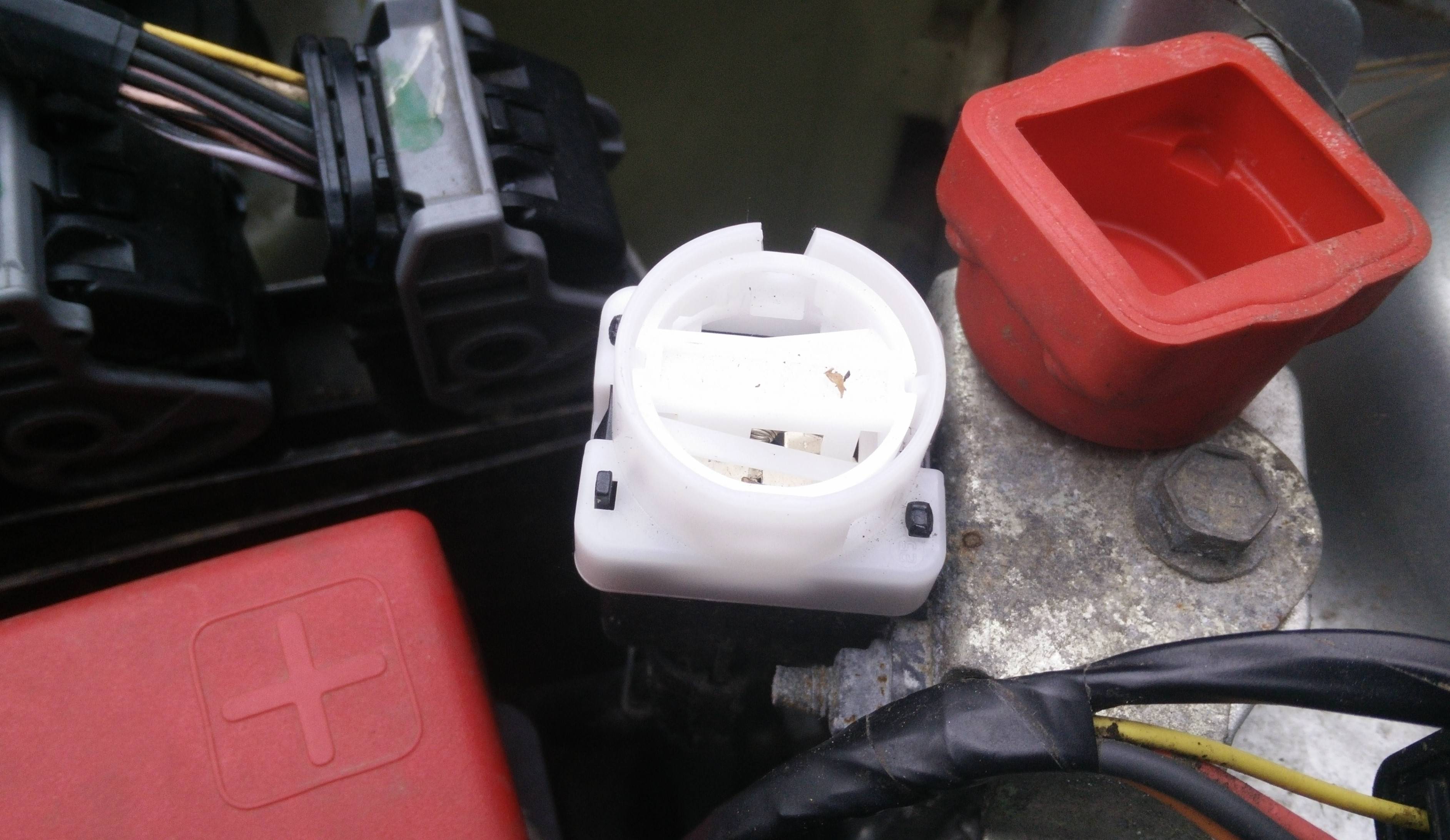 Inside, there are two metal plates with interdigitating teeth, and a spring. The mechanic feels like a ballpen, though one can only push it in, it does not pop out.

A not very thick cable in a hose leaves the bottom, unites with a string of other cables and vanishes somewhere down along the motor.

I think this is some kind of fuse or safety switch, which can be reactivated manually, but have no idea where fore.

It's an Inertial Cut Out switch, it gets manually switched off in a impact, the switch cuts the fuel pump and engine. Hence the name, it uses inertia the same as a seatbelt to work.

It used to be very common on most if not all (at least in the uk) petrol cars and some diesels when the electric fuel pump wasn't controlled by the ECU. The idea is to cut the supply to the pump so if the fuel lines are severed in a crash it doesn't cause a fire hazard also to cut the engine if it didn't stall in the crash. The only way to reset it is to press down on the red cap.

In modern cars with airbags the airbag crash sensor takes it's roll to detect an impact and then often sends this message through either a dedicated wire or CAN bus to the Engine ECU to cut the pump.

Some manufactures still use them even if the ECU controls the pump just as a back up or if the airbag ECU has no communication with the engine ECU.

It's likely a safety reset switch that can be used say after an impact or collision etc to re-enable the battery or fuel pump circuits.

Not the answer you're looking for? Browse other questions tagged electrical part-identification renault kangoo or ask your own question.