Can a dirt bike be used as a sports bike?

Let’s say I have a dirt bike. I replace the tires with more grippy and wider street tires. Would it perform equally well as compared to a sports bike having everything other than the suspension system the same, like engine displacement, gearbox, etc? 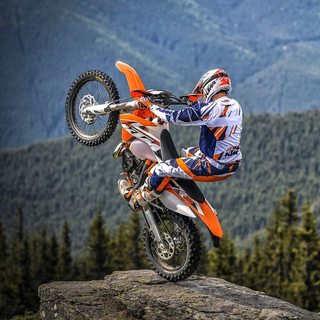 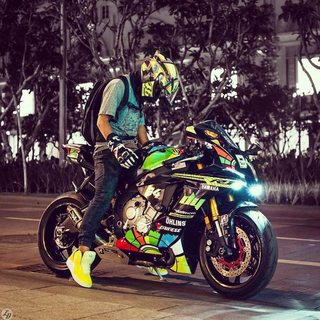 What I basically want to know is, how much do the suspension systems alone affect the riding characteristics of a bike, such as traction, cornering, etc. when everything else is left just the same.

The differences between a dirt bike and a sports bike are more than skin deep. Your question asks whether changing the tires would bring a dirt bike up to par street racing. Or something. Honestly the question is kind of vague, but you do say equally well, so lets review why that is simply not possible.

Basically if you want equal performance you would have to substitute everything –and I mean everything– out. The frame, the engine, the drive train, the suspension, the seat, the cooling system, the bar and controls, the wheels, tires, lighting systems, everything. In other words you could build a working dirt bike out of the parts you took off and you'd consume the doner bike. Which would defeat the purpose.

That's not to say if you have a dirt bike you can't use it on the street and do some things to improve it's street performance. There are lots of things you can mod to make it more enjoyable on the street (while inevitable degrading it's prowess in the dirt. But by definition what you have will still not be on par with a similar bike that started out on the drawing board as a street bike.

Keep in mind there is a whole class of bikes that does pretty well both on and off road. Adventure bikes of all sizes are engineered to handle some of everything. Some are sportier on road, some more deft off road than others, but they have some characteristics from each family of machines. They are never as good as a dedicated machine at one thing, but they are still great bikes in their own right and good for conquering both worlds. I ride a Yamaha Ténéré 660Z, a mid-sized adventure bike. I can't keep up with the sport bikes zooming around on the highways¹ and I can't make it over every obstacle the dirt bike guys can, but by golly I can hang with them both — and am maybe more comfortable that either if it comes to a long ride.

Some of the bikes in the ADV class even have very close cousins that are naked street bikes. An example might be KTM's Super Duke vs. Super Adventure. These bikes share a lot of parts in common but one end is tweaked to be better off road and the other the pavement. The Super Adventer won't match a dirt bike at it's own game, but it's a great ADV machine while the Super Duke has some pretty serious road chops (even if it won't keep up with more dedicated machines on a race track.

Think about it this way. 4x4's vs race cars. Sure you can but the same horse power behind both, but nothing you do to a 4x4 is going to make it keep up with a similarly speced out race car. You can make a stadium super truck do crazy things on asphalt, but it would never make it in an F1 race.

¹ I think I'm also less likely to die, but that's another story.

This may be off topic as opinion based but I will post my answer/two cents worth. For the most part no you can not. This is not to say that if you spent enough money you couldn't get a high end dirt bike to out perform a low end sport bike. As I see it the biggest disparity would be the dirt bikes lack of aerodynamics, higher center of gravity and weight. The added suspension travel adds weight. The frame must be reinforced to compensate for the high loads of impacting objects and hard landings with also adds weight.

Not the answer you're looking for? Browse other questions tagged motorcycle suspension or ask your own question.