Why does the Honda 2017 CR-V crawl in neutral when cold?

In the owner's manual for the Honda 2017 CR-V, the shifting page says this: 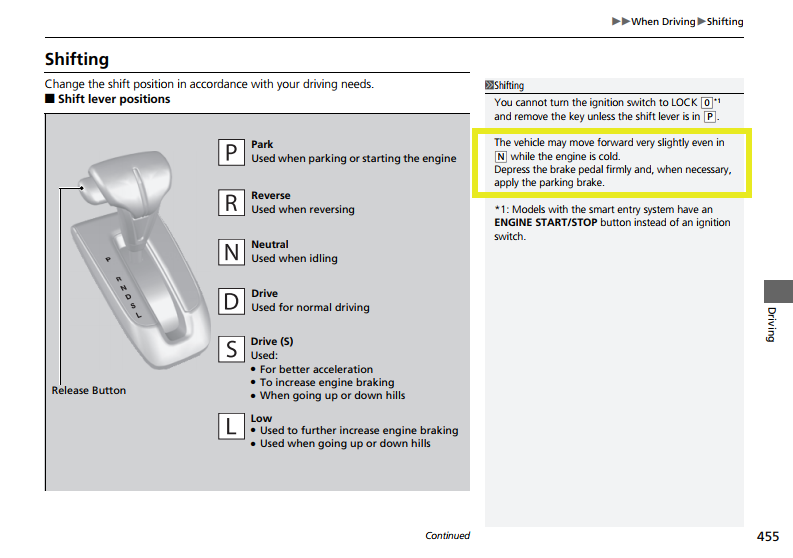 Indeed, on a flat surface in neutral when the engine is cold, it will crawl forward like a typical automatic car in drive. Why is this?

I think that it is because it is has a CVT transmission that doesn't really have a neutral. It's a car with a torque converter with a lot of slip. At a stoplight, the engine runs at 700 rpm, but when you take your foot off the brake, there's a moment when the car doesn't move, then the rpm automatically increases to around 1100 rpm and it artificially crawls. Usually, in neutral, it is at around 700 rpm, but it will be at around 1000 rpm when cold.

Strangely, revving the engine to around 2000 rpm will not accelerate the car in neutral additionally when cold. So I'm not really sure.

3
Uneven idle when my '93 Honda Accord's engine is cold
4
At a complete stop, why is my RPM in Neutral gear greater than Drive gear?
8
Why do engines run badly below the normal idle speed?
7
2005 Honda Accord 4cyl revving idle when warm
5
Why does my manual gear sometimes slip into neutral?
4
Engine braking with CVT - does it hurt the engine in some cases?
1
Why doesn't a car move when in neutral?