I was replacing the oil today when I noticed torn metal inside the engine -- never a good sign. This is a 2005 Pontiac Vibe 1ZZ-FE, on which there is a lot of documentation but none proved useful to an amateur such as myself.

Here are the pics: 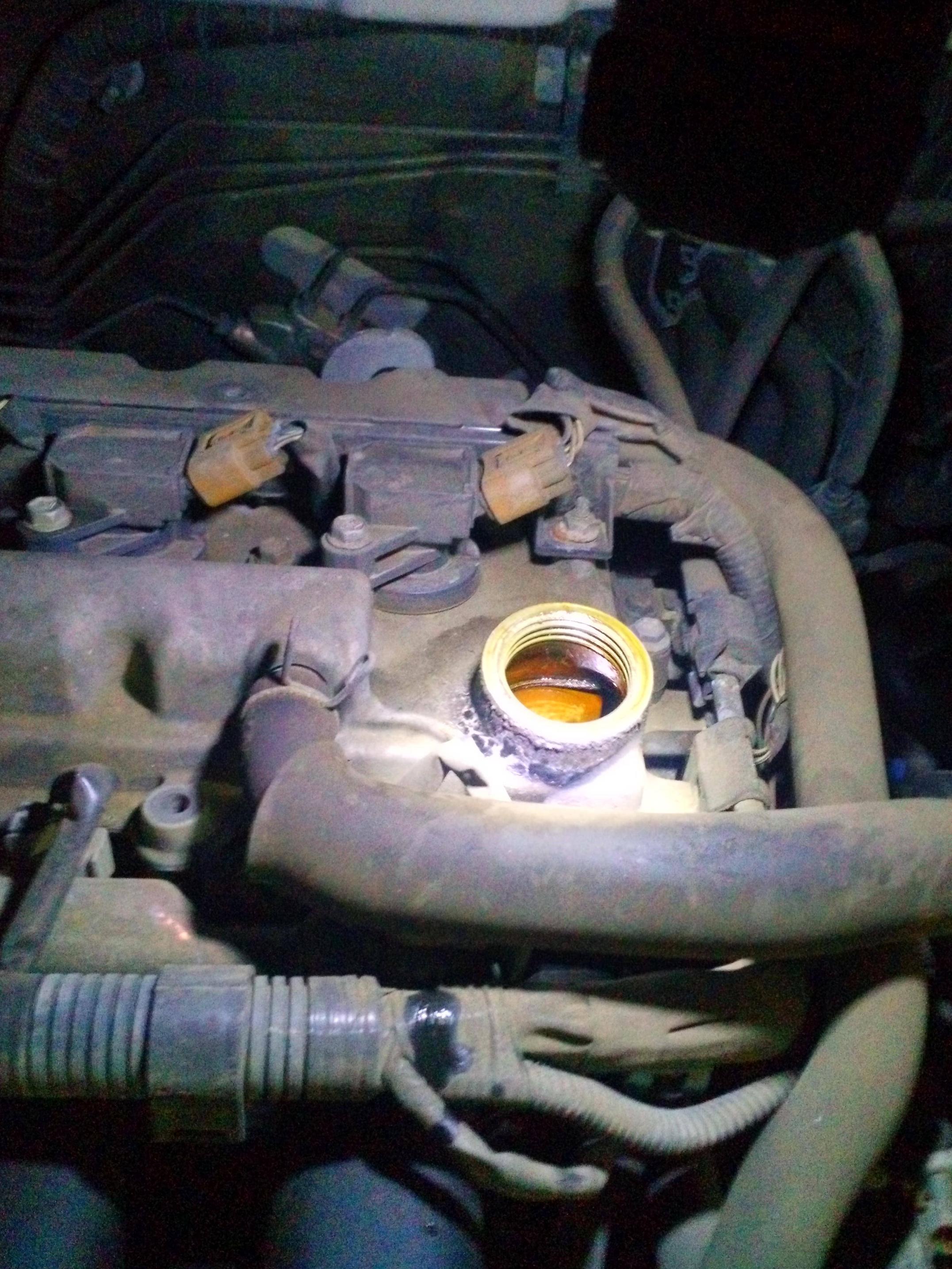 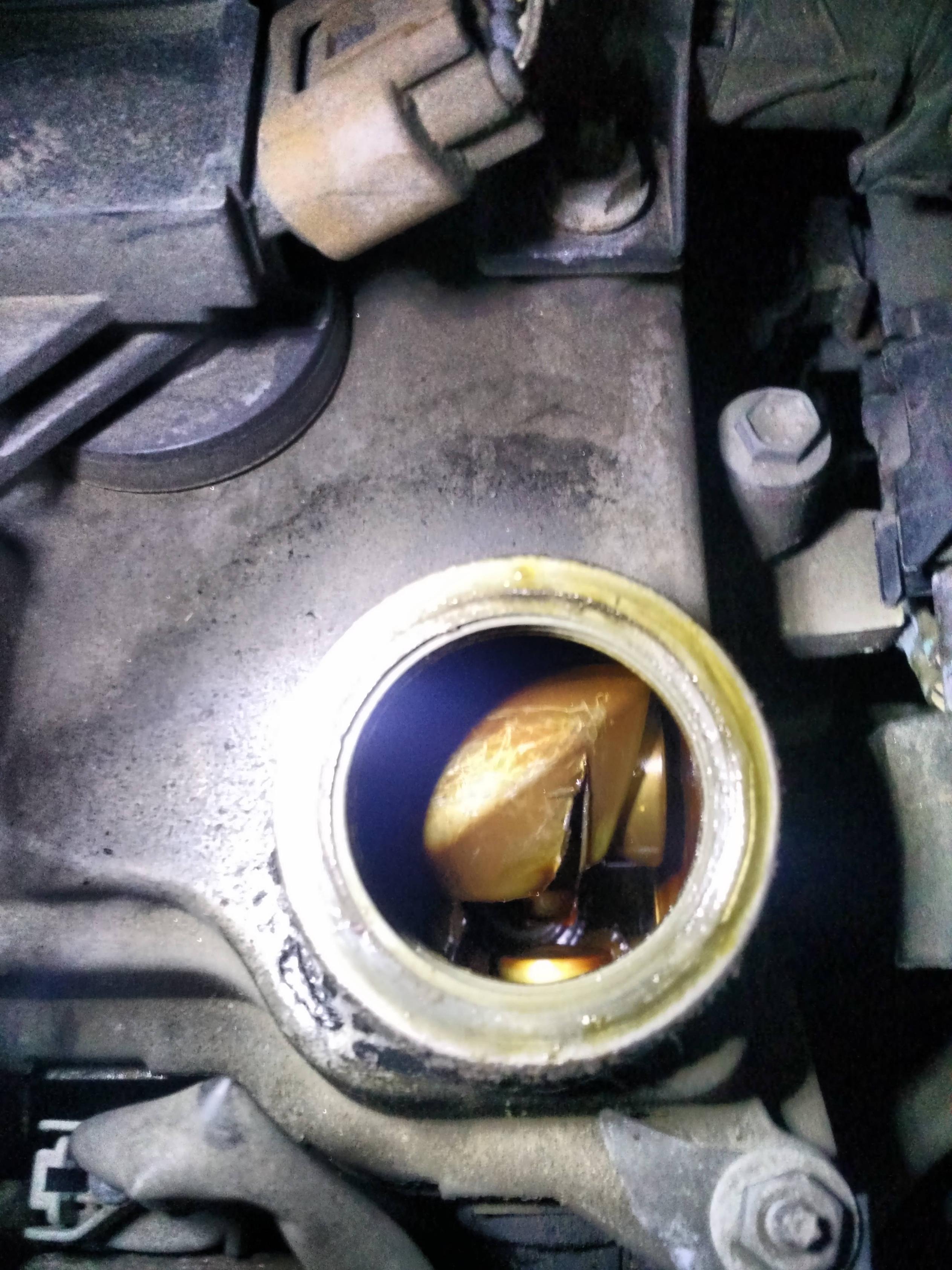 It doesn't seem to manifest itself in any way, no smoke, sputtering, etc, but I'd hate to regret ignoring this later on.

What part do you think this is and how severe/urgent does it seem?

I like @blacksmith37's way of thinking, but @Ben was closer.

What probably happened was, back when I paid other people to do my oil changes, some underpaid mechanic at Walmart wanted to get his day over with and haphazardly jammed the metal oil gun into the filler too hard, which bent and broke the oil baffle, which can be seen below the oil cap here in this 2AZ-FE. This is a known problem, and care is advised.

Fortunately, it should be easy to remedy. Bending it back into place, removing it, welding/repairing it, or replacing the valve cover are all possible solutions given in order of increasing difficulty and/or price. If left alone, it could indeed molest the cam shaft as @Ben conjectured, or it could break off and send shards in places where shards would not help the car run better.

Do your own oil changes, folks.

I agree the cause is someone pushing the baffle down. I just saw the same thing on my 1ZZFE 2004 Vibe engine. I was changing the valve cover gasket and noticed the cut as I cleaned the valve cover.

On the cam there is a toothed "gear" with about 4 or so square "teeth," that rotates and contacted the oil baffle as it rotated in front of the end of the cylindrical sensor visible in the photo. The edges of the "teeth" are square and relatively sharp, very likely made of steel to trigger the sensor, but I did not check.

There is a bend in the baffle from the factory which is visible in the photo. It is probably there to speed the oil fill process.

I did not see a pile of metal shavings below the cut, so the damage must have already been done long ago, the "teeth" made clearance, and the cut stopped growing and the debris was washed into the oil pan.

My fix was to bend the oil baffle up away from the "teeth" so that it could not hit, and pull off a few splinters, like in the photo. It was easy to bend the metal back with the valve cover off, for you to do it from the top, use a strong hook, maybe made from 1/8 in dia rod, or a long hex head bolt, or carriage bolt.

Not the answer you're looking for? Browse other questions tagged repair pontiac intake-manifold vibe or ask your own question.