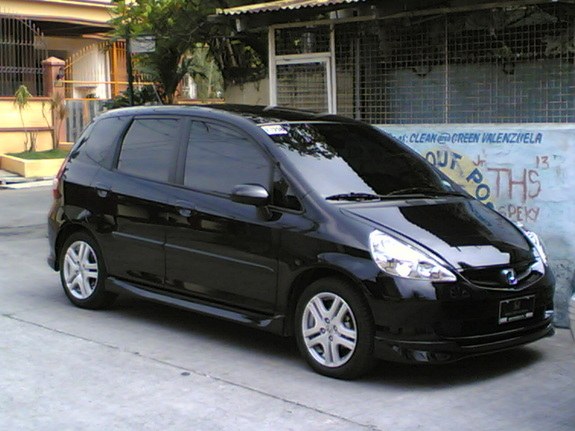 (not my car in the picture)

I have a 2008 Honda Fit with the following gear:

Background: i cant buy a new hydraulic jack nor jack stands because they are awfully expensive here and im not rich enough. The next tier of hydraulic jacks cost minimum 4 times more that what i've already paid. Being that said...

First problem is that my jack isnt long enough to reach the fron jack point which is located in the middle, behind the engine, almost where the doors hinges are.

I cant jack from weld pinch on sides because then i cant put the jackstands.

I cant buy ramps for now because they cost almost like a new jack (of the expensive ones. u$300 so you have an idea.)

I will try to reach the middle jack point from behind the front wheels, but then i also have the problem that the jack doesnt raise the vehicle enough to place the jack stands, although i made a 10 cm wooden base to place the jack onto.

My question is: are there other safer spots in a honda fit 2008 that i can use to raise the car and place the jack stands? I thought of using the bolts that hold the control arm of the front wheels, but im not experienced.

I've been told by a buddy that i can raise the sides from the control arm bolts and that he always uses this points to jack up the car from the sides and then put jack stands on the pinch welds: 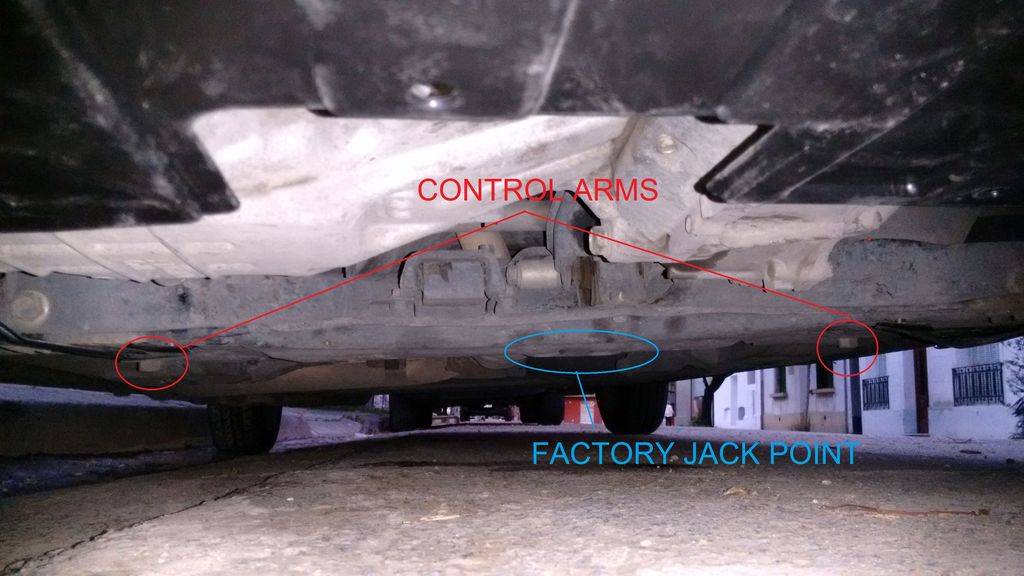 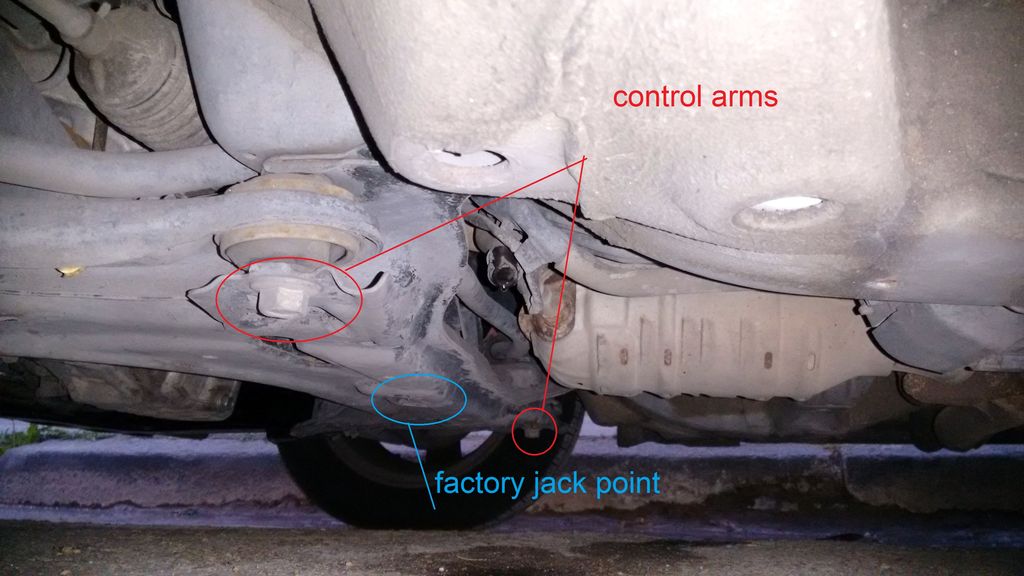 I've seen mechanics doing it on the street in other cars.

This is a common issue, and here are various solutions that I have personally implemented to get around this restriction:

Not the answer you're looking for? Browse other questions tagged honda fit or ask your own question.