Blew the radiator cap and now can't start the car, what could it be?

lent my Toyota starlet to a friend today and they broke down. On investigation it appears the bit the radiator lid attached to has blown off. There was very little coolant in it and remnants were all over the engine bay. There was an inch of coolant in the overflow though. I refilled the coolant and tried to restart but couldn't get her turning over. Not sure what to check or do next, any tips?

Background: had the water pump replaced recently, no leaks around there since. Also fixed a hose leak going from radiator to the engine the other day, no visible leaks there after either. Haven't noticed the fan working in a while.

I think the car is a write-off now. I bought a new radiator today and installed it, only to find that I could only just start the car again, and when I eventually got it running it was blowing white smoke out of the exhaust profusely. After doing some searches online and watching some videos, it looks like this is a blown head gasket from driving it into the red, probably the engine is processing the coolant. I'm guessing that's the end of it, but if you have any thoughts otherwise, please let me know. What a waste of time and money I've spent on this banger :o(

Maybe I'm getting confused here but it was my assumption that if you run the engine into the red it could crack the engine block and the chambers inside allowing coolant and oil to mix and to try to be combust ed in the chambers? And if that has happened there will be an almighty mess in every part of the enfine, hard to clean, and even if I could clean it won't it happen again? I watchef a video of a guy trying to fix what I thought was the same problem and it took him ages, and he was a mechanic.

Assumptions aside, here's what happened:

Any ideas what I should do and whether this is salvageable? 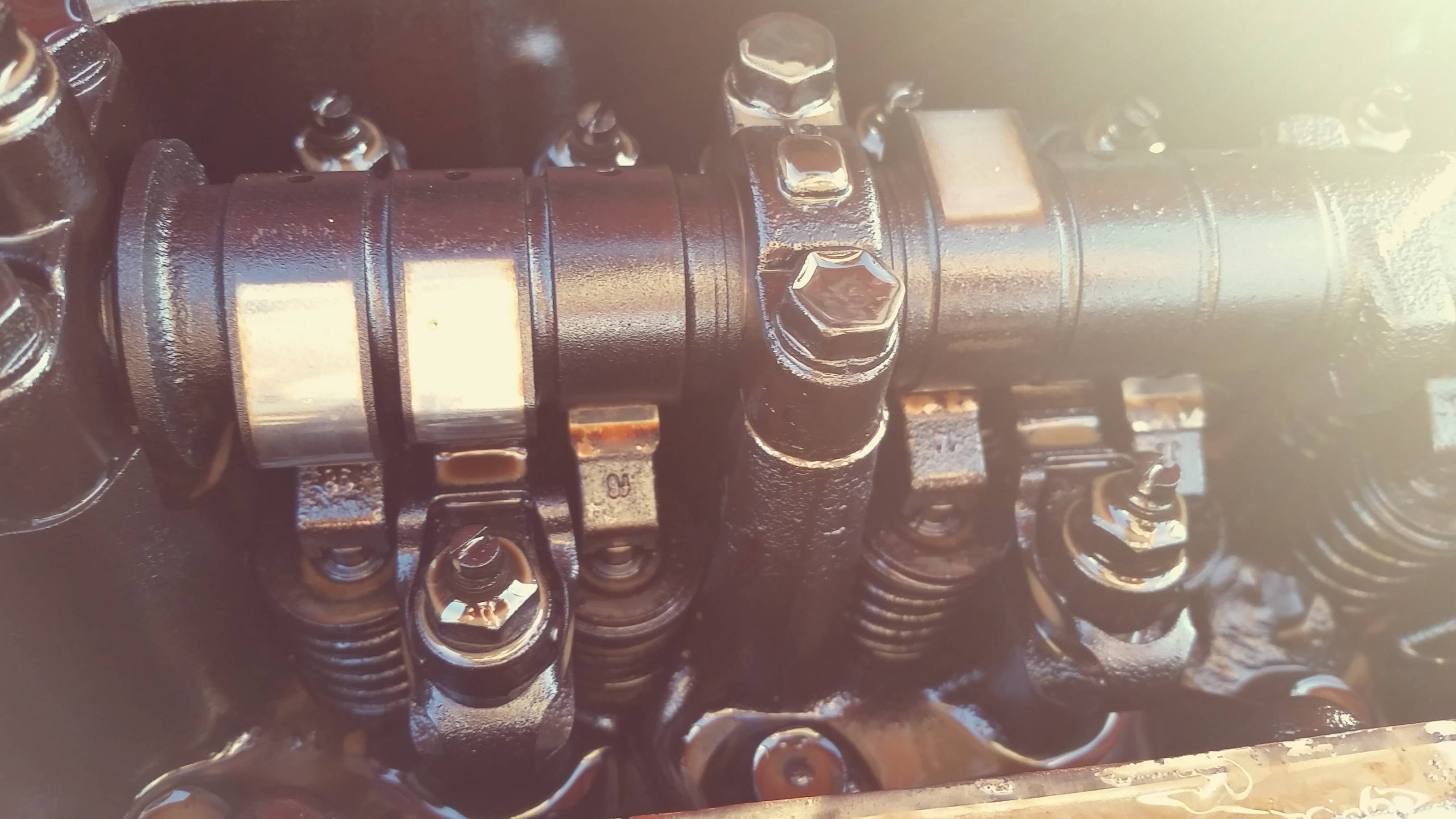 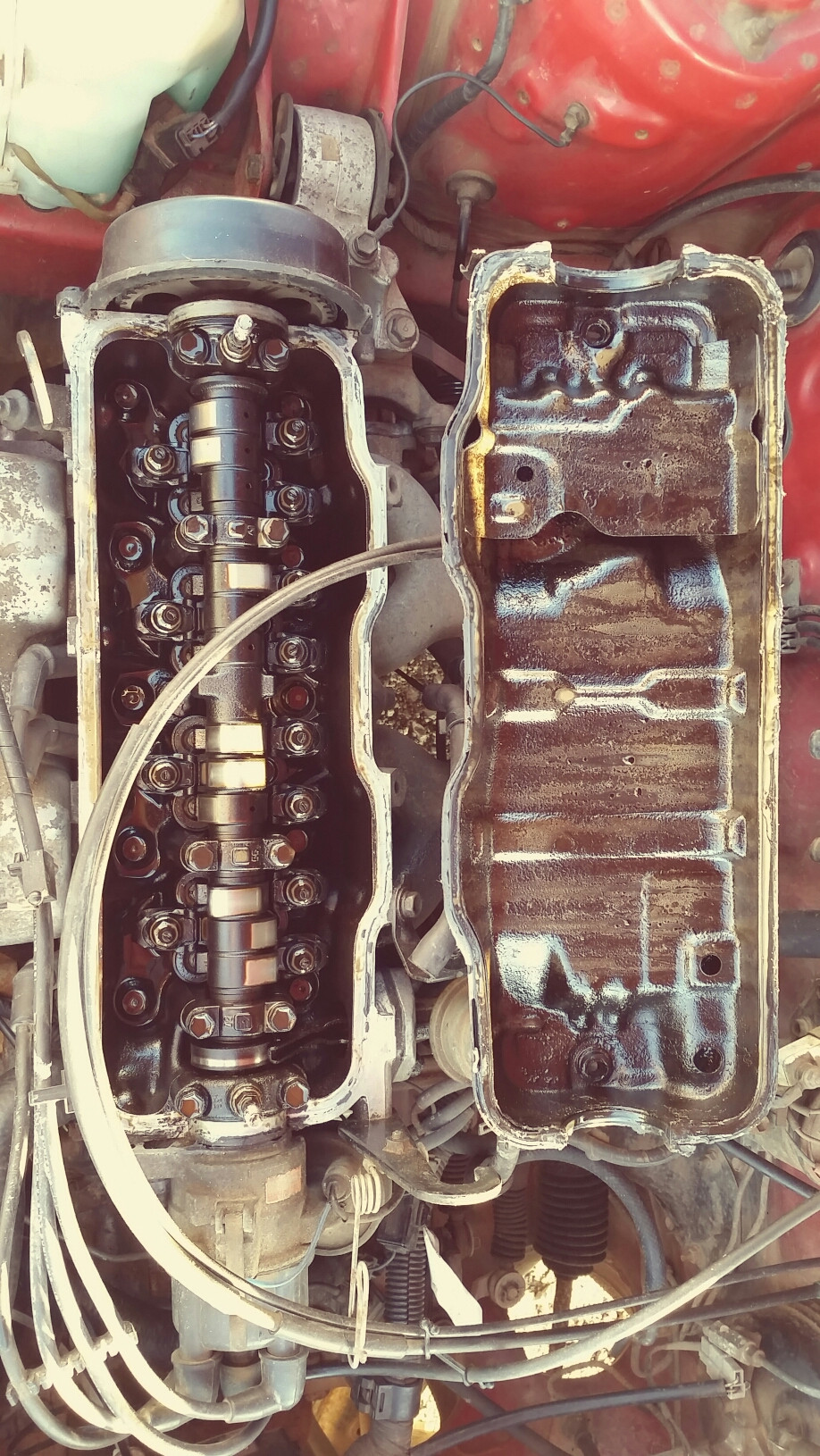 Watched some more videos last night and I think I understand a bit more. Depending where the leak on the head gasket is will give different symptoms. One of those symptoms, that the coolant boils over into the overflow tank, was happening before the major incident. Now after the incident I'm experiencing more symptoms, white smoke out the exhaust, coolant in the oil, both of which weren't happening before the incident. So it looks like the overheating completely ruined the head gasket. From what I've seen this doesn't necessarily mean the engine is cracked as I'd assumed before. So it's pretty clear the head gasket needs to be replaced...should I attempt this myself? :0/

Everything depends on the tools you have at your disposal.

If I suspect a blown head gasket or warped head or crack I'll use a coolant pressure tester or leakdown tester.

Fill the cooling system up completely. Place pressure on the system. Remove the spark plugs. Look into the spark plug holes with a flashlight and look for coolant on top of the cylinders. You may have to slowly turn the engine over by hand to get a better look at the tops of all the cylinders. Obviously, if you find coolant there is something allowing it to come into the cylinder.

The leakdown tester works in the opposite way. It puts pressure into the cylinder through the spark plug hole. Remove all the spark plugs. Turn the engine over by hand until, one at a time, each cylinder is at top dead center on the compression stroke. Apply pressure to that cylinder. Watch for bubbles to come out of the radiator. If bubbles come out then there is something allowing the air to get out of the cylinder. Be careful. With pressure applied to the engine, the engine may spontaneously rotate.

Not the answer you're looking for? Browse other questions tagged toyota starting coolant radiator starlet or ask your own question.

10
My car has the wrong coolant in it. Now what?
3
Mechanic Troubles And A Small Watery Oil Leak
7
Can a blown head gasket cause overheating, without losing coolant?
2
How to test for radiator leaks?
3
STEAM coming from under the hood?
6
Radiator has a leak and the upper hose is clogged, car does not overheat. White smoke from upper hose
0
Mechanics left the cap off my radiator. Can this cause proven damaged to my engine?