Catalytic Converter: To What Degree Is It Self-Cleaning?

The title says it, almost. With the exhaust passing through the catalytic converter comes a lot more than just the exhaust gas itself. Carbon particles, greasy slime, you name it - all the stuff that is, for example, also tough on your EGR valve and the throttle.

There certainly is a reason for the car makers to warn you about not putting too much oil into your engine because it would damage the catalytic converter.

My particular car, a 2002 VW Golf 4 Variant, 1.6 l, 16V, engine code AZD, ca. 235'000 km, has the nasty habit of burning quite some oil. Still within the specification (less than 1 l per 1000 km), but it is noticeable. When you drive downhill for a while without applying gas and you finally come to the point where you need to push the pedal again at the end of the slope, the view you get in the rear view mirror is funny - Batmobile, anyone? 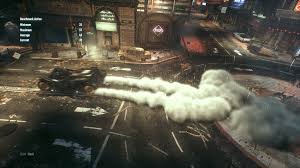 After I've had some issues with my EGR valve, I can't but wonder if there are side effects to other components as well, in particular the catalytic converter. Stuff must end up inside of it, and if it would not have a habit a of cleaning itself, it would certainly be completely clogged by now.

Does it get hot enough to burn out the carbon deposits that must be ending up there? Does it have other means of self-cleaning, and if yes, what are those?

At what point will it just clog up and have no chance to ever get clean again?

Note: Related question, linking to an article with some very educative pictures. However, I am more curious about the exact reactions or mechanisms why the cat is able to clean itself. For example, the EGR valve and pipes are facing (contaminated) exhaust gas getting cooler and cooler until finally reaching the combustion chamber again, allowing for oil to cool down and become solid, clogging the pipes - whereas the cat is usually (?) hot enough it could destroy any organic contamination with heat, simply burning it off. Unless, of course, you put a lot of oil into the honeycomb all at once. It appears there must be a point of no return, and the lesson might be to refill the oil only halfway up the marks on the dipstick, and checking more often.

Browse other questions tagged catalytic-converter or ask your own question.

7
Can A Catalytic Converter Fail Due to Age?
3
Advice for cleaning an electrically actuated EGR valve

2
2001 Elantra keeps throwing the same check engine light code
5
How could the code point to a faulty cat, when the O2 signals are normal?
6
Coolant in the cat, can it be saved?
1
Catalytic Converter self-service
6
Should catalytic material be between upstream and downstream o2 sensor?
1
Error code P0421 - warm up Catalytic converter efficiency below treshold (bank1) - problem with Catalyst Monitor Bank 1? (Mazda 5, 2014)
3
Replaced my 5 cylinder Volvo V70 2.5l turbo engine with a 6 cylinder S80 2.9l twin turbo engine and I'm having trouble with the exhaust
0
New catalytic converter on Suzuki Sx4 leaks at connection to header