My bike is two months old. After about 1000 km's. I noticed rubbing on front disks. I think the left one making all sound. And the worse, this rubbing shaking handlebar after about 95 kmph and all vehicle after about 120 kmph. It is not a constant rubbing. It is only rubbing at a point of a spin of wheel. So first, I thought my disks are warped. But two disks and pads are changed. And it's still rubbing. Only shakes and sounds a bit less than before. May be %30 less. So the situation is very very strange. If I don't use the bike 1-2 days, I can't hear the sound clearly before first front braking. Then annoying thing is back... We lifted front wheel and while turning it it is rubbing at a point of every spin.

I think my service can't detect the cause of problem and I want to suggest them something to look at. Can calipers cause this? Do you have any ideas?

If the bike has not been raced or the discs overheated in any way then the discs 'runout' requires checking to make sure that it is not warped. If it is warped it requires changing, your bike is new and shouldn't have this issue so the bike/manufacturer warranty should cover it.

If the discs are found to be ok as far as runout goes then you may have a sticking caliper on one side. This too should not be occuring on a new bike so if it is sticking you want a new caliper under warranty.

I would look for a bent wheel or hub. A bike That new should be free of mechanical defect. Assuming all else is in place with a thorough inspection.

I would check the pistons I had the same issue with rear disc and caliper until it dumped it's oil due to poor oil seals. 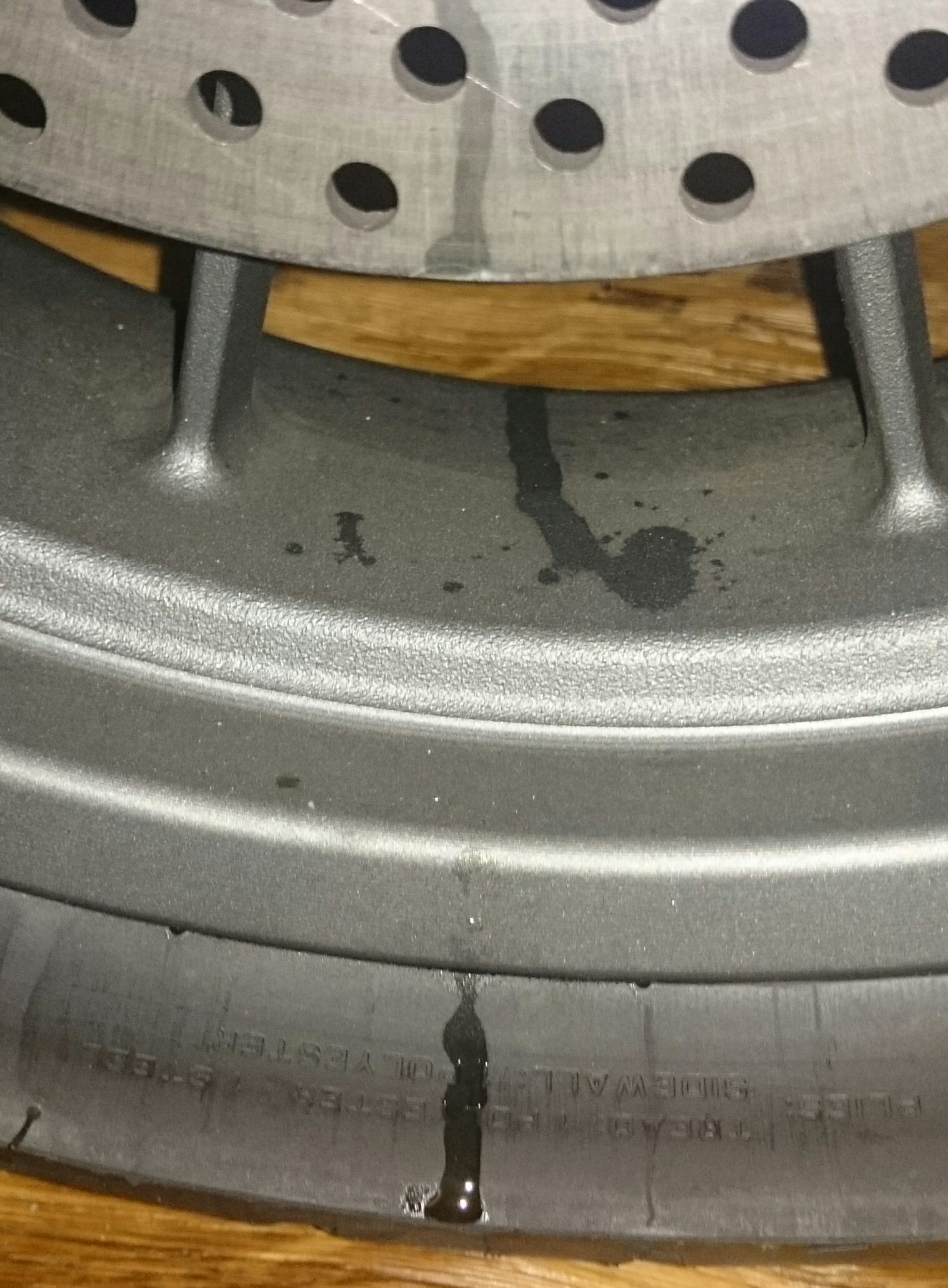 If the bike is shaking get the tyres checked out and have the wheels balanced. As this sounds like a balance issue. And not something to do with the disc rubbing. Tyres are are a good starting point for balance issues as tyres can be out of round or not be seated on the rim correctly giving speed balance/vibration issues.

Its not unusual for a bikes discs to rub slightly against the pads, If you spin almost all bikes front wheels you'll hear and feel sometimes the discs and pads contacting on each rotation. Any heavy binding when you spin the wheel needs investigating further though.

Causes of brake rubbing in order of likelihood include;

Prolonged brake rubbing can cause discs and pads to overheat and warp the disk. Other less likely causes:

Not the answer you're looking for? Browse other questions tagged motorcycle brakes disk-brakes or ask your own question.

4
Motorcycle - sudden brake failure - suddenly gone - is it safe?
4
Wheel rubbing/tight at one point per wheel revolution
3
Motorcycle front disc brake scraping sound
10
Sounds like brake disc is making contact with pad shims
2
Single thump from the back when braking
0
Is the rear wheel supposed to spin like this?