Identification of model of an old auto

So, my friend has sent me an image of an old car she met in the street. Can anyone help me to identify its model? Or maybe just give hints on what I shall search to find it? 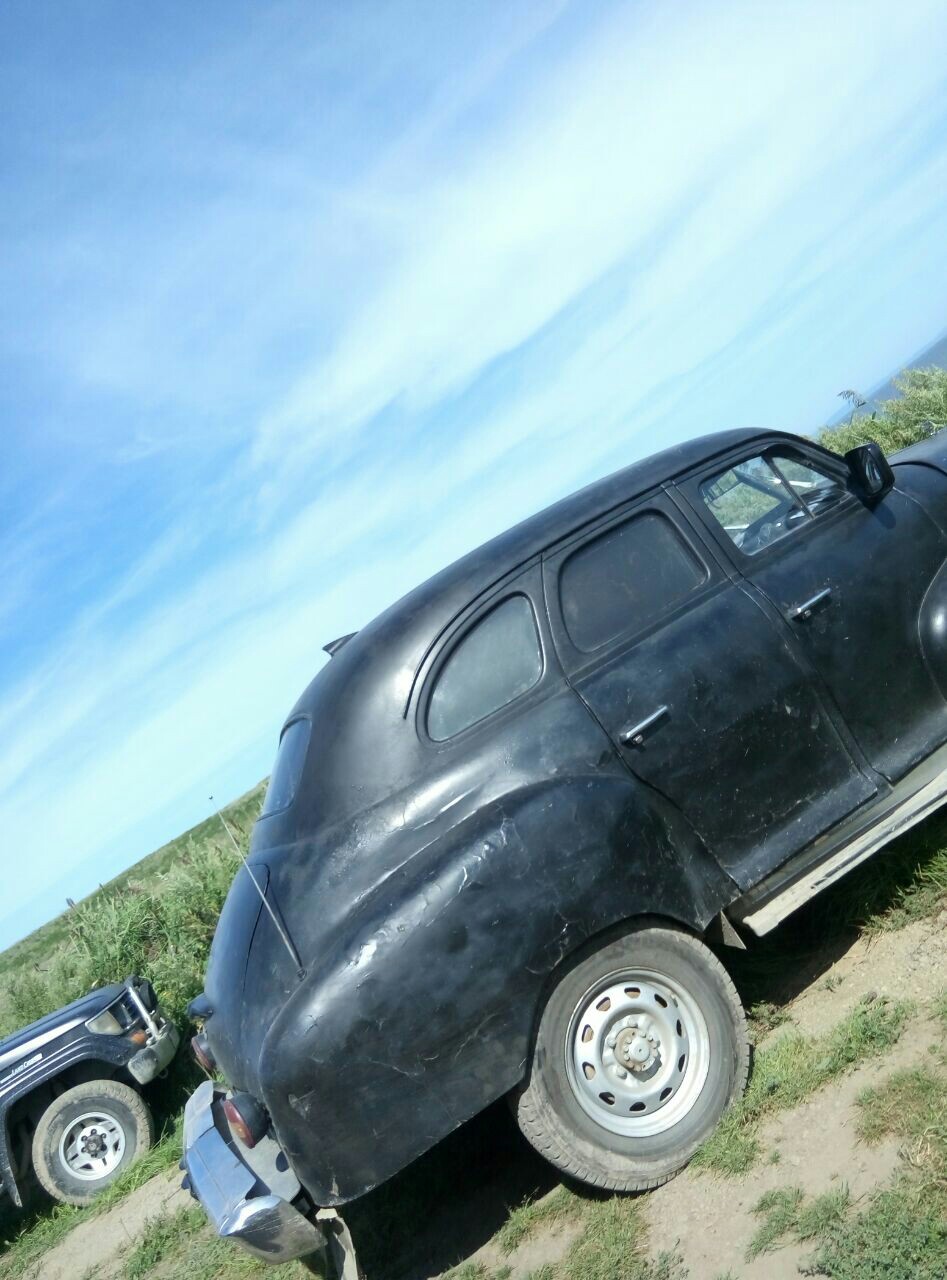 It's a 1946 or maybe 1947 Chevrolet Stylemaster Sport Sedan. The big hint is almost not in the picture -- and it's that part of the wheel arch styling built into the front door. The other model with such a feature that comes to mind is the Oldsmobile of that era, but the Olds arch came almost all the way to the back of the front door and this is only part way.

In 1946, there were no outside mirrors, so that's obviously aftermarket. Also, the rear bumper is wrong and those ugly, bulbous rear lights were NOT in the original style. Here's an ad for a similar model (Fleetmaster) from 1947, from http://www.oldcaradvertising.com/Chevrolet/1947/1947%20Chevrolet%20Ad-06.jpg 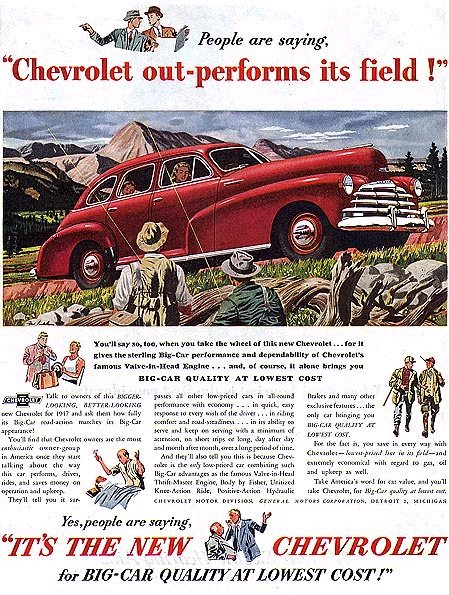 If I'm not mistaken, the difference between the Fleetmaster and the Stylemaster was the the latter had a little less chrome, notably around the windows. The one in your picture appears to have none of the original chrome, so it's hard to tell exactly which model it was.

Also, as an additional note. These were made in the US and also in Australia with Holden. Given where yours was located, the original source could have been either country.

This looks like a conglomeration of different cars. I see an XM radio antenna on the rear roof and what look like modern side mirrors. I agree with @Paulster2; this is not an US-made car. If you can find a picture book or guide of some kind, I would look for Russian sedans made in the late 1930s thru 1940s.

Not the answer you're looking for? Browse other questions tagged old-cars or ask your own question.

2
Giving an old car a refresh
2
What might cause inconsistant ignition, an extemely loud bang but no visible damage?
10
What does it mean to have a stiff first gear?
5
How much leaner can you responsibly run an old engine?
2
Help me identify the Car this wheel belongs to please (DKW)
1
Old flathead engine: Valves first or cam first?