My car which is a proton wira 2004 is acting up and I have been played a fool by many mechanics and technicians. So I would greatly appreciate if someone could point to the user and repair manuals of the proton wira 2004 which is I believe in essence mitsubishi colt 1994.

A search for manuals for mitsubishi colt 1994 gives : as one result - I am not posting the files themselves and they run to several hundred pages but a simple search gives plenty of what you need... 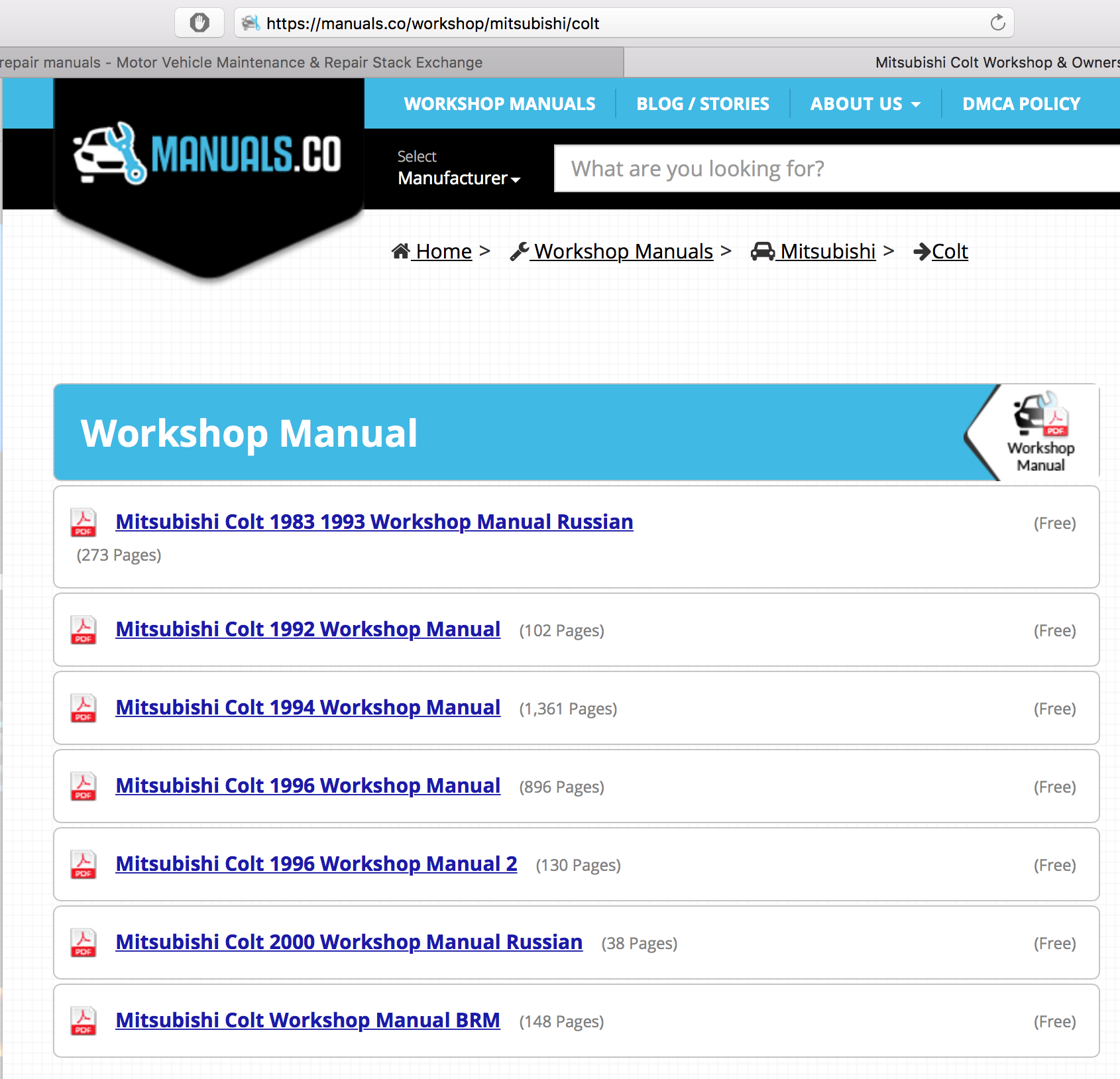 Not the answer you're looking for? Browse other questions tagged manual-transmission repair colt or ask your own question.